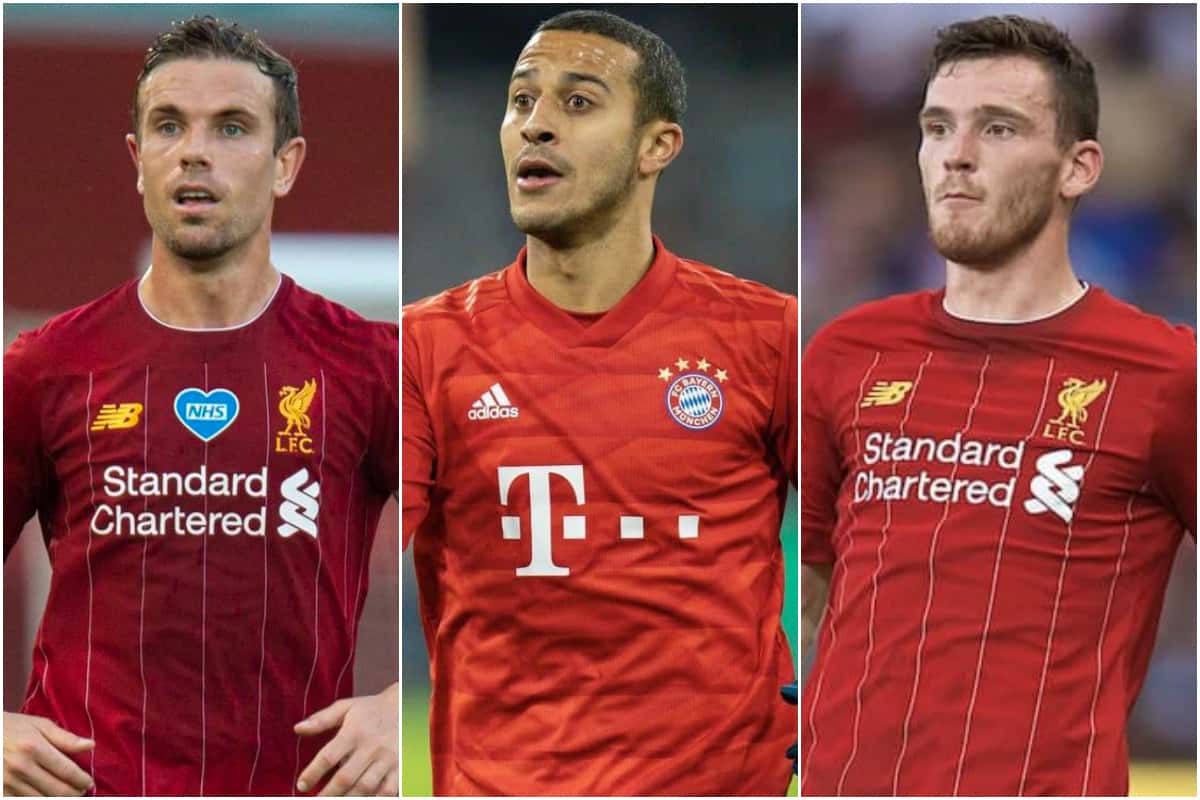 Liverpool have been strongly linked with two players from the German top flight today—one new link, one old—as the Reds head toward a free weekend.

Liverpool and Leipzig are easy rumour-mates, given the styles are similar and the managers share tactical traits.

That, plus we’ve already signed Naby Keita, had a good deal of interest in Timo Werner and have a history of Bundesliga signings.

Today’s name in the frame is Nordi Mukiele, a versatile French defender who has operated at right-back, wing-back and centre-back for Julian Nagelsmann’s side and who Le10Sport say the Reds are willing to battle PSG for.

No offer made yet, but the Reds have serious consideration over a move for the 22-year-old.

However you want to look at the Thiago Alcantara story, it’s certainly ongoing and the reports out of Germany are relentless right now.

The latest update is that Jurgen Klopp himself has given the go-ahead to sign the Bayern man, with some reports suggesting the boss has said it’s Thiago or nobody this summer.

Of course, it’s the price which remains the sticking point.

Michael Edwards, you’ve worked your magic before; Klopp wants you to do it once again. 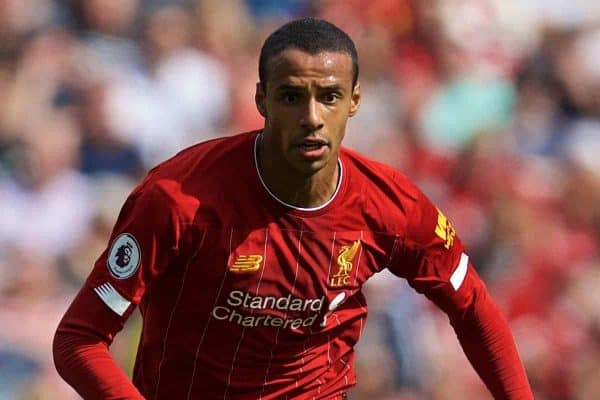 News from all eras today, with our successful squad members talking about moments which shaped them and news for 2020/21.

Stupid non-rumour of the day

Antonio Rudiger may or may not leave Chelsea this season. Those are basically the two options he, or any footballer, has.

But the Mail see fit to explain this in great detail (if you can get past the ads, pop-ups and autoplay videos) as some form of exclusive: “Rudiger future in doubt after no formal discussions take place to extend contract.”

Said contract has two years left to run. His future is in far less doubt than the ongoing viability of that website.

Interesting how many twitter fans are ready to dump players who’ve helped Liverpool win the premier league and champions league- for new signings, yet accuse players of being traitors when they leave for other clubs. ?

Remember we had Nicolas Anelka and then decided to, shall we say, go another direction? His career has been a rollercoaster of ups and downs and it’s coming to a documentary on Netflix. Here’s a read about it in the Mirror.

And with Leeds on the verge of a Premier League return, Luke Edwards takes a look for the Telegraph at their 16 years away, with many moments of idiocy, madness, false promises and absurd headlines.