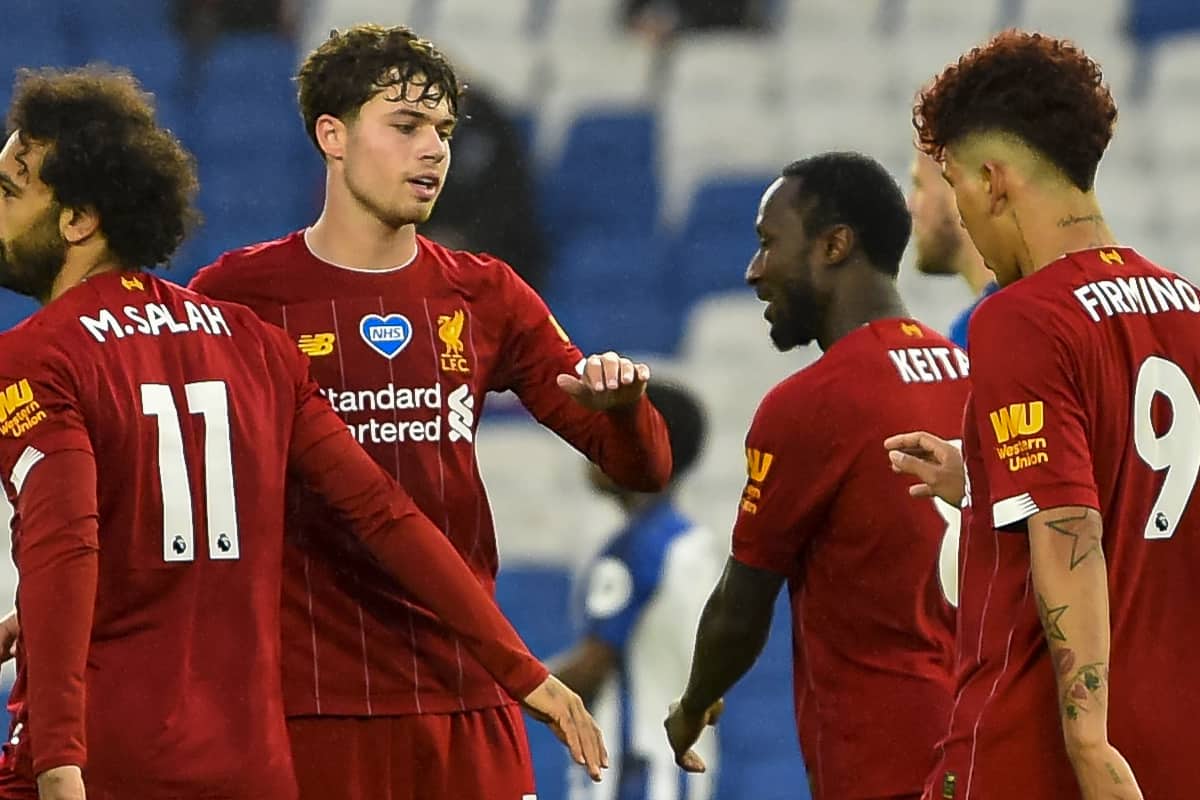 Jurgen Klopp has confirmed he only substituted Neco Williams at half-time in his full Premier League debut at Brighton as he had already picked up a yellow card.

Williams made his long-awaited first league start in the fifth-to-last game in this title-winning campaign, and did so as a replacement for Andy Robertson.

That this landmark game came at left-back will not have been ideal for the 19-year-old, but he caught the eye throughout the first half with an energetic showing.

He was strong going forward, very comfortable in possession and made a vital block to deny a goal in the Liverpool box, but was clearly targeted by Brighton throughout.

Another teenager, Seagulls right-back Tariq Lamptey, was the player to benefit, and Williams was booked for a foul on the former Chelsea youth before Lamptey then set up Leandro Trossard to make it 2-1 going into the break.

Robertson stripped off at half-time and Liverpool’s No. 72 made way, but it was no reflection on his performance, as Klopp explained in his interview with Sky Sports.

“No, no, no. Football is like this, if you take a player off at half-time, everyone thinks it’s not good,” he said.

“It was just that he had a yellow card, and the situation on that side was that we didn’t protect him well enough.

“Neco, it was his first [start in the Premier League], I can’t tell him to not challenge any more, and we could bring Robbo in.” 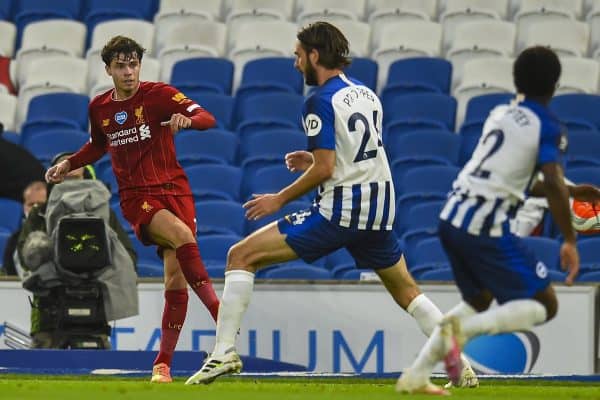 This should be just the first start of many for Williams in the Premier League, and it could be that he now deputises for both Robertson and Trent Alexander-Arnold, with versatility boosting his chances.

His full debut could be compared to that of Alexander-Arnold back in 2016, picking up a booking after just 26 minutes in a 2-1 win over Tottenham, before being brought off midway through the second half.

That League Cup game did not allow the luxury of five substitutions, and this no doubt informed Klopp’s swift change at the Amex—as it did when he brought off Joe Gomez at the break against Man City.

The manager was nonetheless encouraged by Williams’ display, and believes that, like Alexander-Arnold, he can learn to adapt to these difficult situations.

“The two situations—yellow card, another foul—he can learn that, that’s absolutely no problem. I like how he played a lot.”