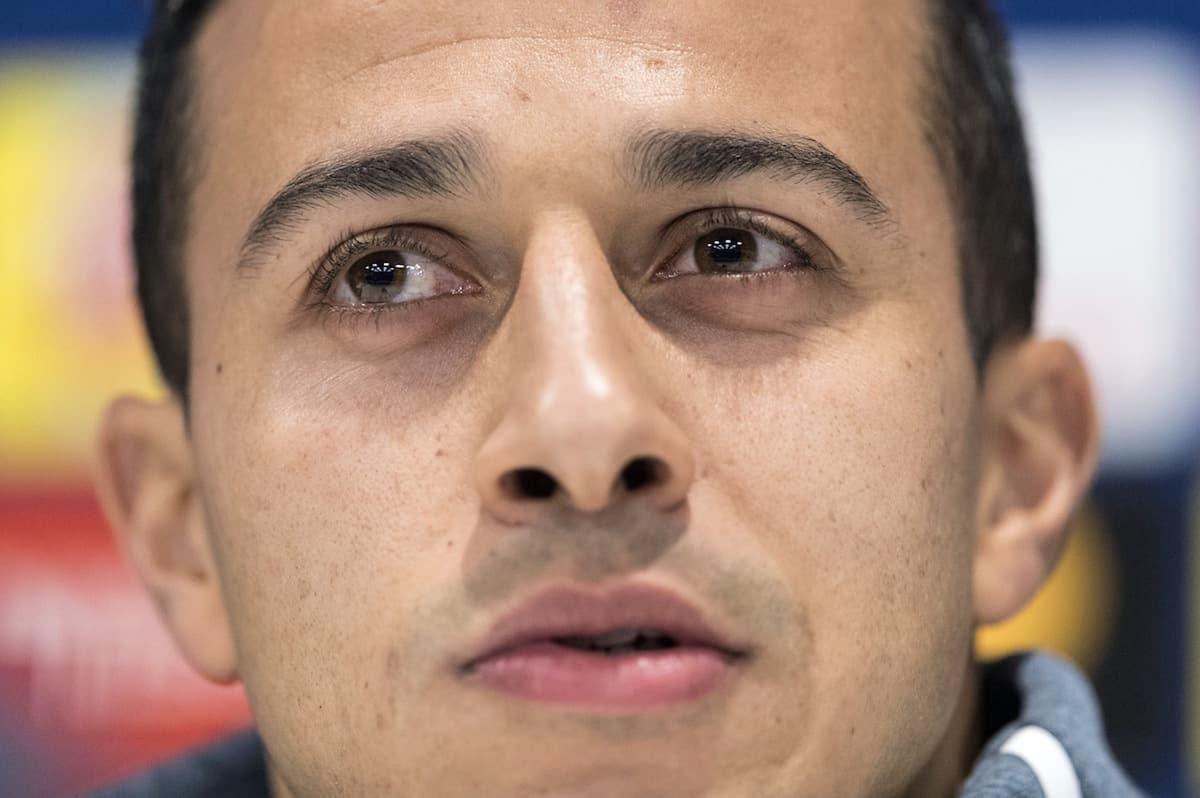 Liverpool and Bayern Munich are expected to reach a compromise in their valuations of Thiago Alcantara, with the two clubs said to be around £13.7 million apart.

The Reds have been continually linked with a move for Thiago in the upcoming transfer window, with speculation mounting in both England and Germany.

With the 29-year-old due to be sold after talks over a new contract at Bayern came to a halt, Liverpool have emerged as the front-runner, despite Jurgen Klopp suggesting it will be a quiet summer at Anfield.

But following reports from Bild that the Reds were hoping to do business at €25 million, which is €15 million short of the Bundesliga champions’ valuation, a deal appeared to be a way off.

However, now Munich newspaper Abendzeitung have claimed “a compromise can be found” as Thiago sets his heart on a switch to Merseyside—though they believe Bayern are only after €35 million.

The situation is described as a “game of poker,” but the player’s desire to join Liverpool would aid their talks with Bayern.

This could be compared to when the Reds were courting Naby Keita, albeit with a release clause substituted for a contract entering its final year, with the Guinean pushing for a move and ultimately forcing RB Leipzig’s hand.

With Thiago having already said his goodbyes at Bayern—and interestingly, claim Abendzeitung, to both officials at German Football League and various referees—it seems a move is imminent.

Liverpool’s status as new Premier League champions should appeal to the Spaniard, with Klopp’s side expected to challenge for next season’s title, too, along with the Champions League.

Thiago‘s arrival would boost their hopes in both competitions, though the Evening Standard‘s David Lynch has claimed that he would only join if another midfielder were to leave.

Speaking after Wednesday night’s 5-3 win over Chelsea, Klopp predicted a bigger role for both Naby Keita and Curtis Jones next season, though that would not completely rule out a place for Thiago, as an established world-class midfielder.

The most likely casualty would be Gini Wijnaldum, who like Thiago will see his contract run out in 2021, but a strong performance before the Anfield trophy lift underlined his quality once again.

Perhaps the biggest concern for fans hoping a compromise can be reached with Bayern is the way the club’s protracted pursuit of Timo Werner panned out, with the Reds ultimately pulling out to allow Chelsea to sign the striker.