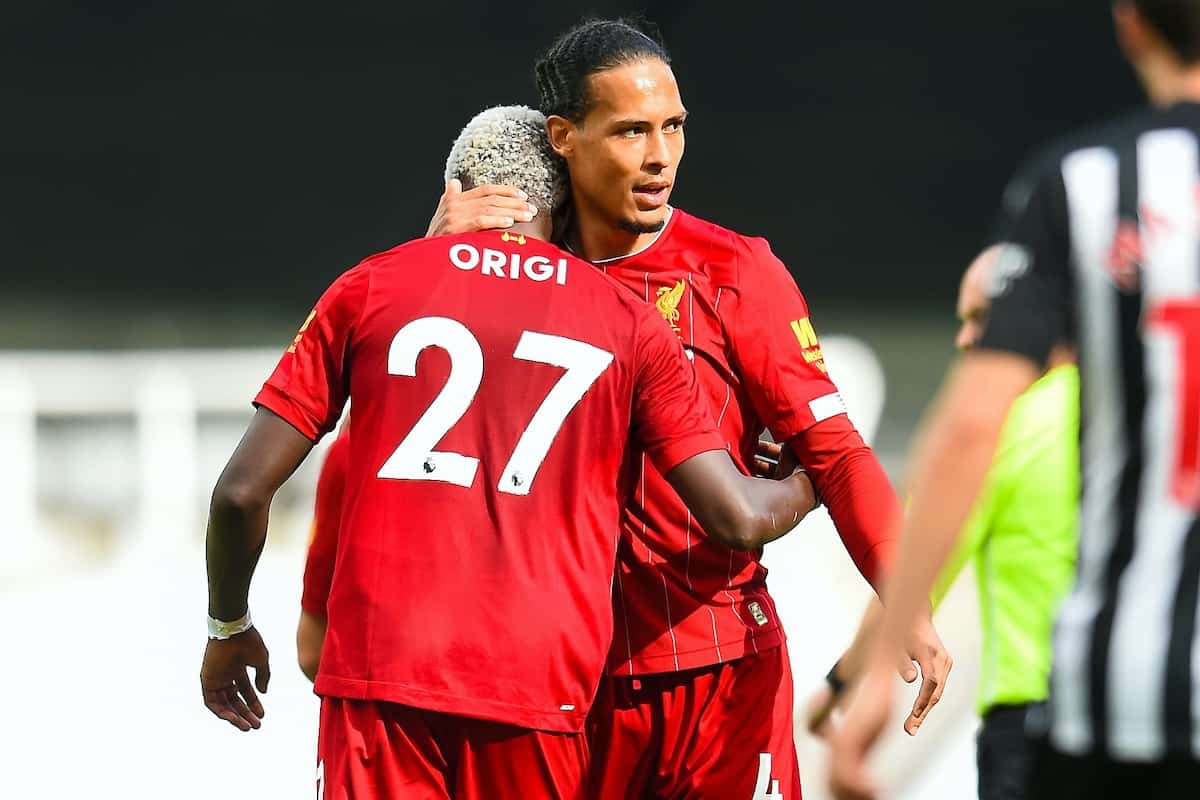 Liverpool overcame a sloppy start to win comfortably at St James’ Park, with a 3-1 victory over Newcastle earning their best-ever points tally with 99.

Ahead of the game, Steve Bruce hoped the Reds would be “worse for wear” after another title party, and there were clear signs of that as Newcastle went ahead after just 26 seconds through Dwight Gayle.

It was the incoming Neco Williams who kept the striker onside as Jonjo Shelvey played a quick free-kick, and over two minutes later, VAR determined the goal to be valid.

Williams was one of five changes to the side and it took many of those brought in to settle, with Takumi Minamino only beginning to show signs of quality upon swapping with the ineffective Divock Origi to take up duties as the No. 9.

Alex Oxlade-Chamberlain was another to struggle in the opening half-hour, but provided the burst and finesse needed before the break as he pushed into space and stood the ball up for Virgil van Dijk to loop home for the equaliser.

Van Dijk has now recorded his highest goal tally in a single Premier League season, with five, having also become the first Liverpool outfielder to start all 38 league games in consecutive seasons since Steve Nicol in 1989.

It was a slow start to the second half for both sides, with Origi standing out in particular as stifling Liverpool’s buildup play as they pushed for another—only to then score it out of nowhere.

With Van Dijk playing an excellent ball out to Andy Robertson on the left, the full-back clipped it back to Origi who cut inside on his right and fired it low beyond Martin Dubravka for another decisive moment.

On came Mohamed Salah, Sadio Mane and Roberto Firmino soon after, in one of the most terrifying triple substitutions in football history, with Salah hammering the post with his first touch.

The injection of world-class quality tipped the game firmly in Liverpool’s favour, and it became almost a training ground exercise as they danced around a ragged Newcastle side.

A procession was decorated with a sublime goal from Mane, and the Reds end the campaign with their best-ever points top flight in a single season.