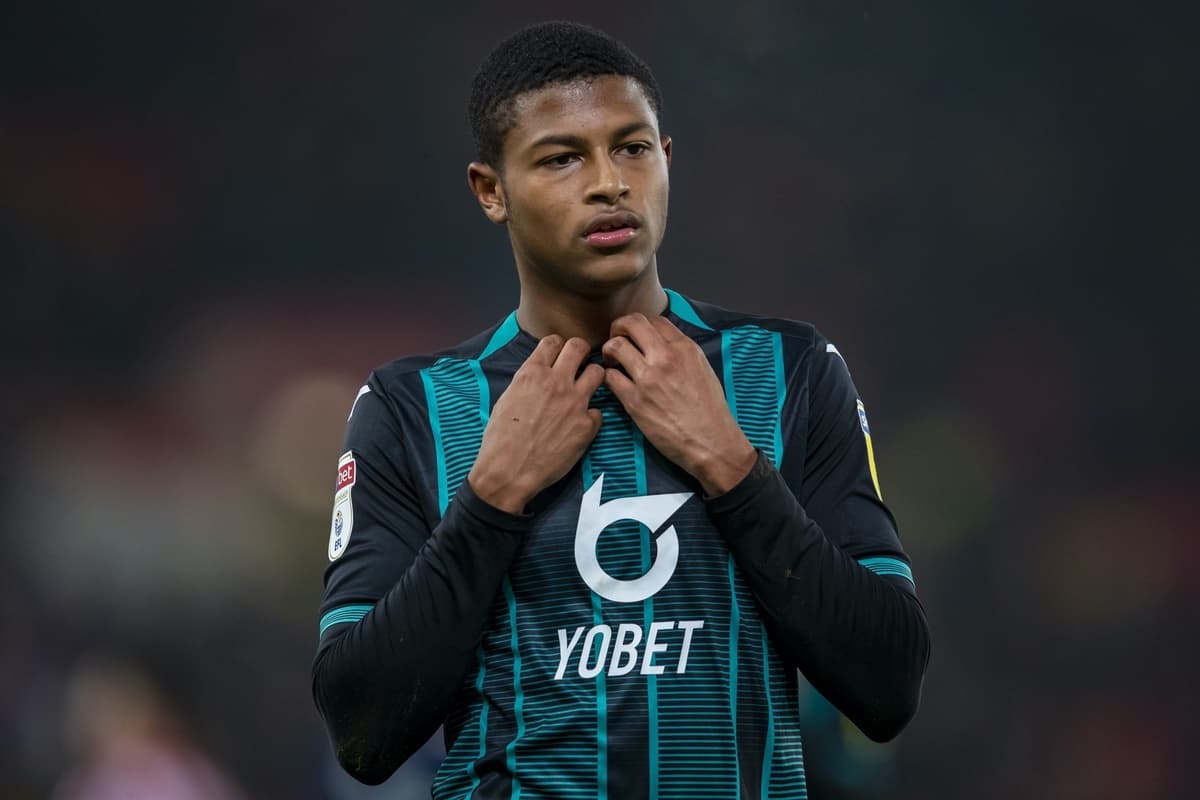 Rhian Brewster added another sublime goal to his name but it was not enough to push Swansea over the line as they suffered a 3-2 loss on aggregate to Brentford in the playoff semi-final.

The Swans headed into the second leg of the Championship playoff semi-final with a narrow 1-0 lead, playing what would be the last ever game at Brentford‘s Griffin Park on Wednesday night.

But Steve Cooper’s side found their advantage swiftly thrown out of the window as Brentford scored two goals in the first 15 minutes, as the Bees tore Swansea’s defence to shreds.

Ollie Watkins was the man to fire in the first with 11 minutes gone in a stunning move started by Brentford‘s ‘keeper, before Emiliano Marcondes steered his bullet of a header into the net as the hosts’ famed attacking prowess came to the fore, swinging the game their way.

It left a lot to do and for much of the outing, Brewster was left to feed off scraps, forced to move deep to collect the ball and work his way into the game.

And things went from bad to worse on the other side of the break as before Swansea could even set themselves for the second 45, they were 3-0 down on the night and 3-1 on aggregate.

Brewster’s work ethic in the clash could not be questioned and he earned his reward with a brilliant looped finish over David Raya in goal after quickly reacting to Pontus Jansson’s failed flicked clearance.

It came with just 78 minutes gone to set up a tense finale, with Swansea now having momentum on their side as they battled to push the clash into extra-time.

Brewster had a chance to set up a potential equaliser at the death but opted to take on the shot himself instead of laying the ball off to the outside runner, a decision he made up for with his work tracking back as he gave the Swans another fighting chance to nick a late goal with his pressure in his own penalty area.

But nothing would amount to a goal for Swansea before the 90 minutes were out, meaning their season, and Brewster’s came to a close at the final hurdle before the Wembley final.

Brentford, who is home to former Liverpool academy graduate Sergi Canos, will now wait to see who out of Fulham or Cardiff will meet them in the final to battle out for a place in the Premier League on August 4.

And Liverpool’s 20-year-old loanee now signs off from his time with Swansea with 11 goals in 22 appearances, a remarkable return for the youngster which leaves the door open for a number of pathways next season.

A first team role in Jurgen Klopp‘s side is certainly one of them having shown off his clinical finishing ability and tireless work ethic but if a loan option is pursued instead, it is likely to be in the topflight rather than back in the Championship.