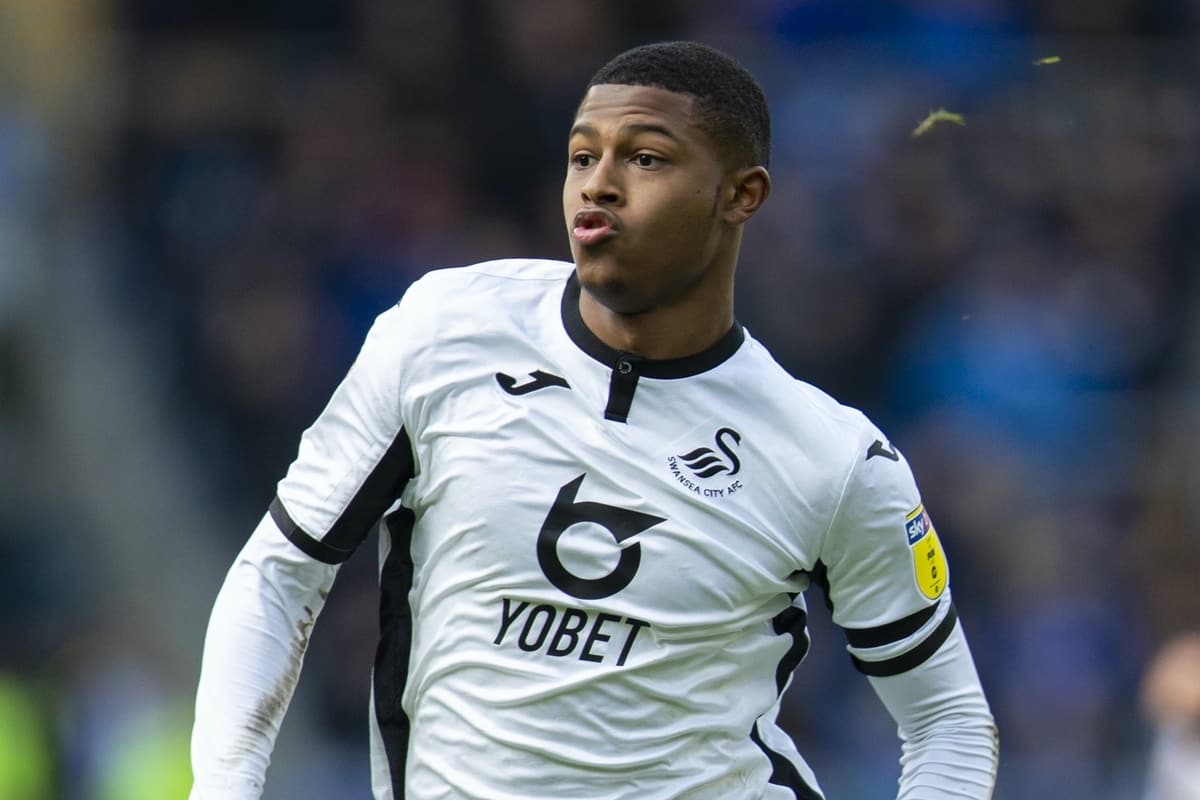 After an influential loan spell, Swansea and Rhian Brewster are reportedly “keen to extend his stay” in Wales into season 2020/21, with Liverpool reportedly open to the possibility.

Like so many of Liverpool’s youngsters, 2019/20 has been one for the books for Brewster having made his Reds debut in the League Cup clash against MK Dons, in addition to two other appearances in cup competitions.

A loan move, the first of his career, then beckoned at the start of the New Year, with Swansea lined up and a reunion with the manager who Brewster won the under-17s World Cup for in 2017.

And the 20-year-old swiftly hit his stride, featuring 22 times, where all but one came as a starter, and with a return of 11 goals as he helped guide his team to the Championship playoff semi-finals.

The Swans would ultimately fall short of the clash at Wembley to play for a chance to return to the Premier League, falling to a 3-2 defeat on aggregate to Brentford, who will now meet Fulham.

Brewster would finish as Swansea’s second top scorer behind Andre Ayew, who netted 16 in 46 games.

And according to Wales Online and the BBC, Brewster is “keen to extend his stay” while Liverpool themselves are “open to the idea” and consider another loan spell a “strong possibility.”

However, any decision will come directly from Jurgen Klopp in pre-season, and Swans boss Steve Cooper voiced his desire to keep hold of the Liverpool youngster as he looks to help continue his development.

“It goes without saying we’d really like to keep Rhian,” Cooper said. “Everybody has benefited from him being here – both him and the football club.

“Liverpool have gone on the record and said they’ve been really pleased with the loan.

“If a loan is in Liverpool’s plans for Rhian again we want to be right in there for him. I know he’s loved already by the supporters and that’s mutual. He’s very well-liked around the football club.

“I personally think if Liverpool let him go out again and he comes to us, I think we’ll continue to help him improve. He’ll be an asset for us as well. I really hope that can happen.”

There will be a lot to consider when weighing up Brewster’s future, with potential to usurp Divock Origi in the pecking order and to take advantage of the possible five substitute rule.

But Cooper has admitted the two clubs are in constant discussions over the 20-year-old, and “positive” ones pertaining to prolonging his stay in Wales.

“Yeah definitely. We have a lot of conversations with the loan players’ clubs because that’s the thing to do.

“We have a very good relationship with Liverpool and we have spoken openly about the idea of continuing the loan.

“They have been positive with the conversations but in the end they will decide what they want to do.”