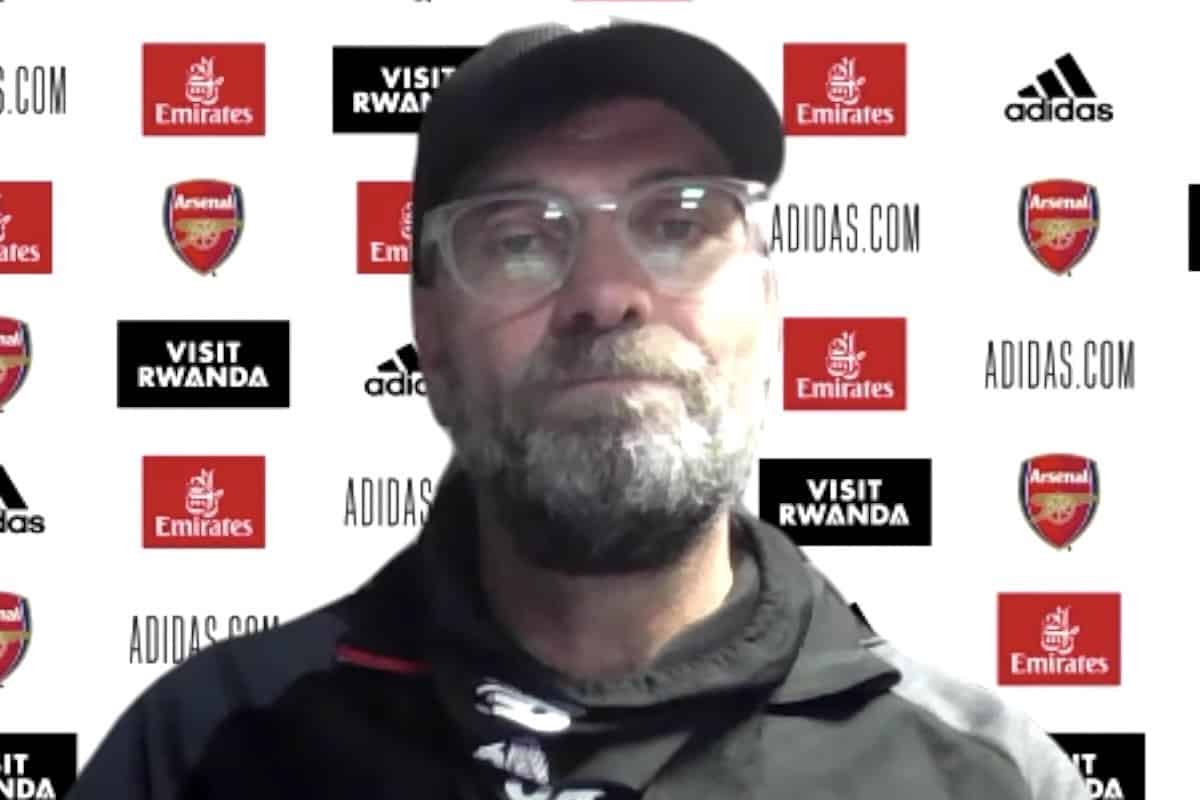 Jurgen Klopp would not let himself get bogged down by Liverpool’s failure to break the Premier League points record, after a miserable 2-1 loss away to Arsenal.

At best, the Reds can now only finish a point behind the all-time record tally in the history of the English top flight, that being the 100 set by Man City in 2017/18.

But ending the campaign with 99 points and a first-ever title would be far from a poor feat—even if Klopp’s side fail to pick up another point over the final two games, it would still be an incredible achievement.

That no doubt informed the manager’s approach as he discussed an error-strewn loss at the Emirates, taking a positive slant.

“No, not yet at least, it’s just I want the points we can get and we’ll see what it is at the end of the season,” he said when asked if he was disappointed to let the record slip.

“I cannot make any negatives from something really positive, becoming champions, having 93 points so early in the season.

“I’m not the type of person who now makes something negative of it, but we cannot get the 102 points any more.

“So we get the points we deserve, and we will see how many that will be.

“And these boys have played an exceptional season, nobody can take that away from them.

“But tonight, I’m not happy; I’m the opposite. I’m disappointed, angry about a few things, but the game was good and the attitude is good.

“We took a break, that’s not good and that’s why we lost the game.”

Liverpool take on Chelsea next, in a final home game of the season that will be followed by a trophy lift on the Kop, and the hope will be that won’t be let down by another abject display.

Klopp is keen to ensure that is the case, stressing that the Reds need to rectify their mistakes.

“The result is the truth, and we accept that,” he continued.

“We know that we are responsible for this result, so we have to make sure things like this cannot happen again.”