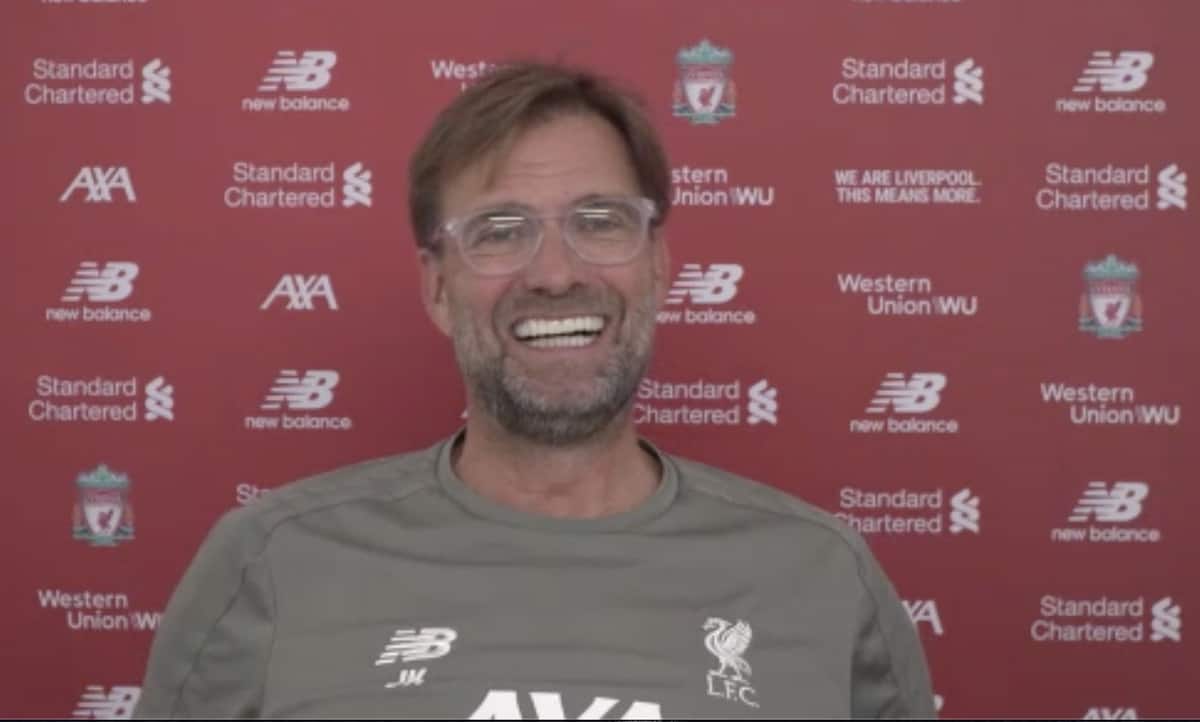 Jurgen Klopp vowed that Liverpool would “stay greedy” after their maiden Premier League title, as he previewed the final game of the season away to Newcastle.

The Reds close out an incredible campaign with a trip to St James’ Park on Sunday, looking to pick up another victory and end the season on a club-record 99 points.

Regardless of the result, it has been an historic season for Liverpool, with Klopp the figurehead for a new era of dominance on Merseyside.

In his pre-match press conference on Friday afternoon, the manager insisted that while winning the title “doesn’t make it easier” to pick up more in the future, his side will “stay greedy” in their pursuit.

“That doesn’t make it easier, to be honest, but it gives you the proof that it’s possible,” he told reporters.

“If you then open kind of the box of Pandora then that helps massively—I could see that. That we won the Champions League last year made all the other things happen, 100 per cent.

“Plus the season we played before, so 97 points and winning the Champions League is really a special year. I know that people will maybe struggle with that or told me that the reaction of the boys was exceptional.

“Yes, the reaction was really good but I think the reaction was like it should be as well. When you are that close, then you just have to invest more and then you can get over the line and that’s exactly what happened.

“We will stay greedy, we have to and we will. But if that then leads automatically to more trophies, I don’t know because other teams have other reasons to make the next step.”

Klopp also discussed Jordan Henderson‘s FWA Footballer of the Year award, praising his captain as “one of the best players in the league,” but would not be drawn on whether Dejan Lovren is joining Zenit St Petersburg.

He gave his honest thoughts on the use of VAR in the Premier League, and dealt some sage advice to Frank Lampard after their altercation in midweek.

Liverpool have not lost to Newcastle in their last six outings, winning the last four, including a 3-1 win at Anfield earlier in the season.

And with the Magpies having only won twice in nine games since the restart, Klopp’s side can be confident of ending the season in positive fashion.