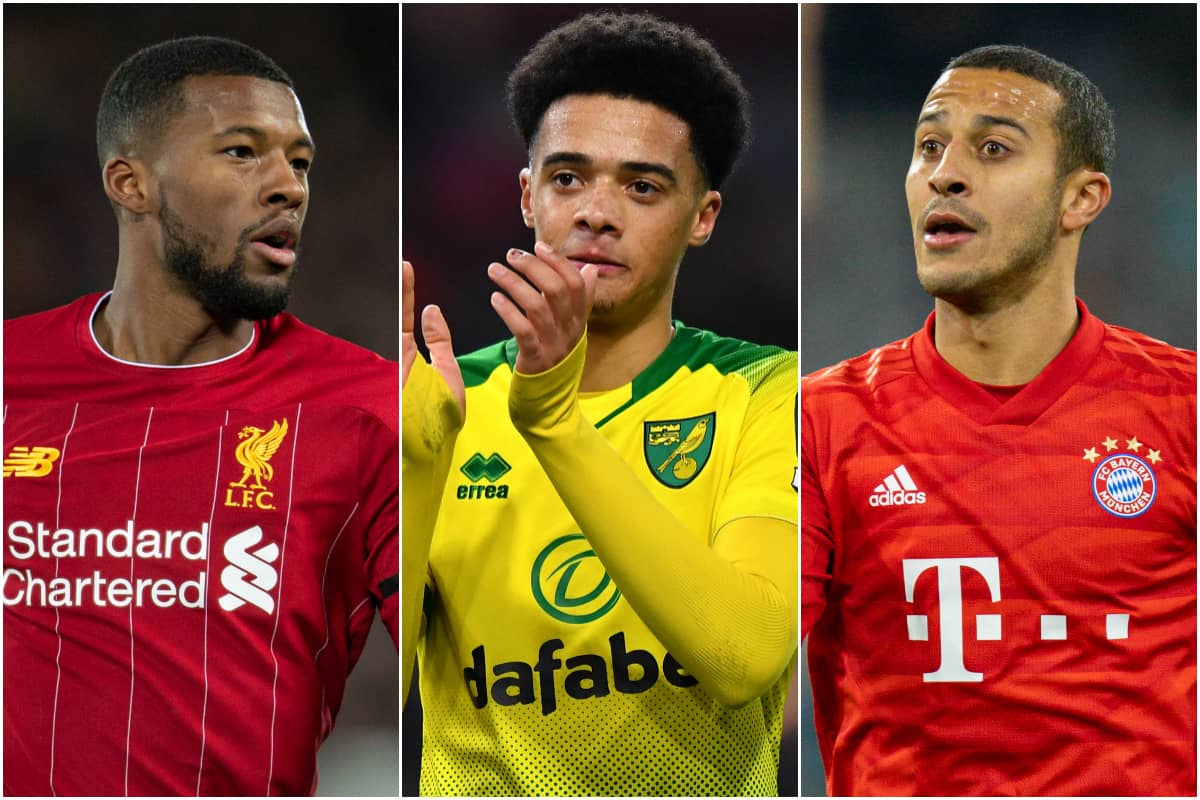 Liverpool head into the summer transfer window facing a period of relative uncertainty, but there are obvious priorities for the club to focus on before October 5.

The transfer window is now open and the Reds are beginning to make their first moves, with just over a month to go until the new season starts and just under two months left before deadline day.

Building on a side that won the Premier League at a canter will be difficult, particularly given the financial constraints now facing most clubs, but that will be the focus for Jurgen Klopp and his staff at present.

While it could be a quiet summer on Merseyside, a number of incomings and outgoings can still be expected, along with some internal developments.

Here are five priorities for Liverpool in the summer transfer window. 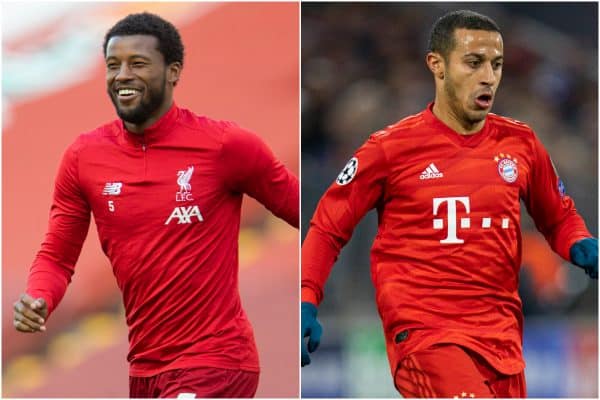 Speculation over a bid for Bayern Munich midfielder Thiago Alcantara has dominated the transfer window so far for Liverpool, with no movement on the deal as of yet.

With the club still believed to be measuring the cost of the coronavirus pandemic, it may be that this story drags on until a decision can be made in terms of finances.

But one of the factors that could determine whether or not the Reds pursue the 29-year-old is the future of Gini Wijnaldum.

Wijnaldum, like Thiago, has entered the final year of his contract, and though it has been claimed that talks are still underway with the Dutchman’s representatives, it is not often that negotiations run this long.

It has been suggested that Liverpool would need to lose a senior midfielder to accommodate the arrival of Thiago, and in this respect, Wijnaldum is the most likely to be sacrificed.

This could prove to be, at least partly, his decision, but the club will need to push for an answer sooner rather than later.

Along with Adam Lallana, Nathaniel Clyne and Andy Lonergan, Dejan Lovren was one of the first senior players to depart Liverpool this summer.

The Croatian joined Zenit St Petersburg in a deal worth £10.9 million, ending a six-year association with the Reds as he pursues regular first-team football in Russia.

It was a sensible moves for all parties, with Lovren able to play week in, week out for Zenit and Liverpool recouping over half of the fee they paid to sign him from Southampton in 2014.

But now it leaves a hole in Klopp’s squad, as regardless of perceptions of Lovren he served an important role for Liverpool, as fourth-choice centre-back.

While both Ki-Jana Hoever and Sepp van den Berg are among the in-house options for the position, it seems the club are set on signing a replacement.

Real Betis’ Aissa Mandi, Schalke’s Ozan Kabak and Brighton’s Ben White have been mentioned as possibilities, and Mandi may be the best candidate given he is in his final year with the Spanish club.

One of the long-standing issues within Klopp’s squad is the lack of a specialist backup to Andy Robertson, and this could finally be solved this summer.

James Milner and Neco Williams are able to deputise there, and there were hopes for both Yasser Larouci and Adam Lewis, but now the Reds are looking to the transfer market to bolster their left-back options.

Robertson is a phenomenally reliable player in terms of fitness, starting 94 of a possible 109 games in the past two seasons, but it is noticeable when the Scot is overworked.

Norwich‘s Jamal Lewis is the primary target, with a bid already submitted, but Olympiakos’ Kostas Tsimikas has also been scouted, while it has been claimed that the club’s recruitment staff have drawn up a four-man shortlist.

While there can be little improvement made on the current first-choice XI, finally signing a new backup left-back would significantly strengthen Klopp’s ranks.

Losing Lovren, Lallana and Clyne cut down Liverpool’s senior numbers significantly, and it also freed up a large portion of their wage bill at around £300,000 a week.

This is likely to continue with those players no longer considered part of Klopp’s plans moving forward, as is the case in some form or another every summer.

The most high-profile name to consider is Loris Karius, after the German’s two-year loan with Besiktas was cut short.

But beyond Karius, the likes of Larouci and Sheyi Ojo will also be on the market, as Liverpool search for permanent buyers.

If more incomings are planned, there could even be established members of the first team who move on, with Xherdan Shaqiri and Divock Origi chief among those who could be made available.

The extent to which the financial damage of coronavirus will affect the club’s ability to sell remains to be seen, but the hope is that the fees expected to be generated are not too badly hit.

Liverpool have now seen all of their loan deals for the 2019/20 campaign expire, and Rhys Williams and Herbie Kane are among those to have already reported back for pre-season training at the academy.

Rhian Brewster, Harry Wilson, Marko Grujic, Nat Phillips and Kamil Grabara are likely to be part of Klopp’s squad on the first day back at Melwood, but decisions will need to be made over their long-term roles.

Many of those who spent last season with other clubs will be sold, or at least loaned out again—such as Kane, Ben Woodburn, Liam Millar and Taiwo Awoniyi—while the Reds could see another group head out for temporary spells.

Caoimhin Kelleher is the most likely to be given experience elsewhere, while Lewis has already set his sights on the exit, but there may also be deals for Tony Gallacher, Elijah Dixon-Bonner, Liam Coyle and Luis Longstaff among others.

Perhaps one of Ki-Jana Hoever or Sepp van den Berg could even find a temporary home elsewhere, with the loan market one of the most important for Liverpool this summer.

Though there is a tight turnaround for the start of 2020/21, the transfer window is set to run into the second month of the season, with an extended deadline of October 16 for sales and loans to clubs in the Football League.

And therefore the vital work of the likes of Michael Edwards and Julian Ward could run on for months yet.