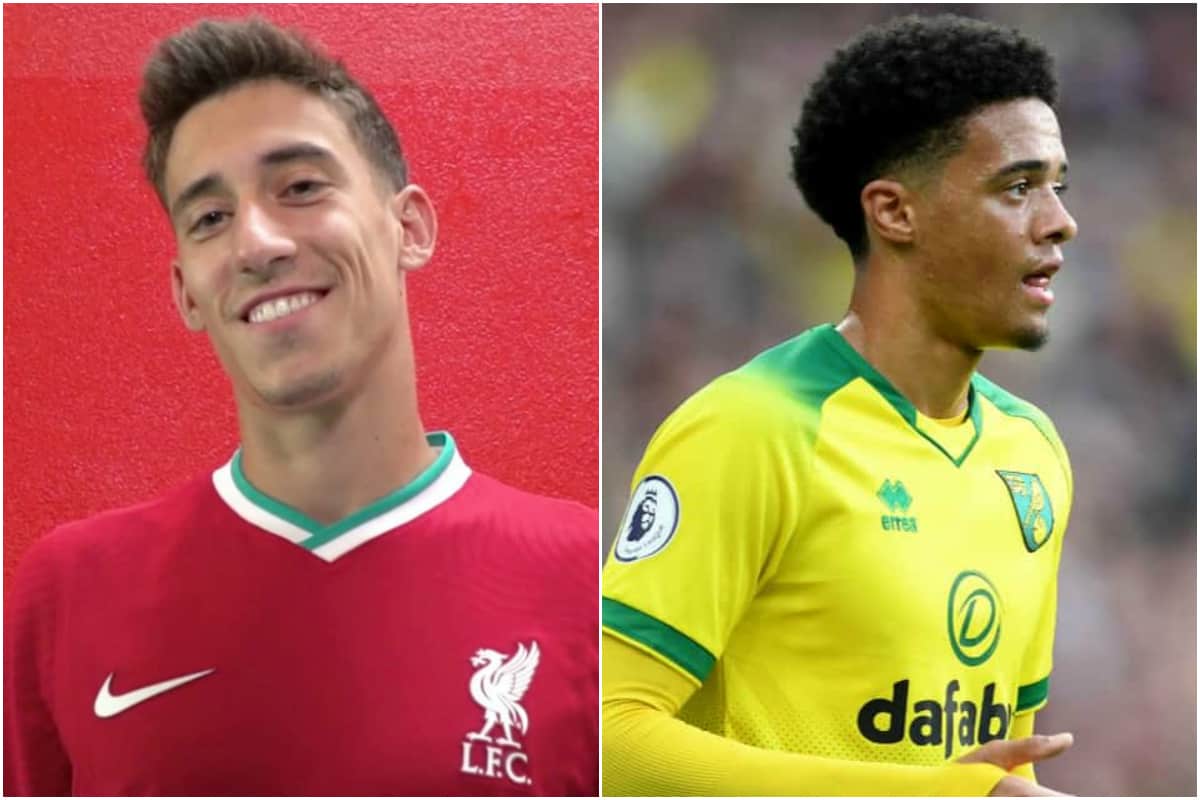 Like many targets before him, Kostas Tsimikas was convinced of a move to Liverpool by the influence of Jurgen Klopp, who told him “you fit very well in our project.”

Tsimikas was unveiled as the club’s first signing of the summer on Monday evening, as he made the £11.75 million switch from Greek champions Olympiakos.

The left-back arrives as cover for Andy Robertson, with there being hope that he can eventually challenge the world-class Scot for a place in Klopp’s starting lineup.

His arrival came after a failed bid to sign Norwich youngster Jamal Lewis, but it has been claimed that Tsimikas was always Liverpool’s first choice.

Regardless, the new No. 21 will now report to Evian for the start of pre-season training on Saturday, and will link up with a manager he first spoke to prior to agreeing to join the club.

Greek outlet Sportime claim that Klopp phoned Tsimikas as Liverpool sought to fend off interest from Leicester and land him on a five-year deal believed to be worth around £50,000 a week.

“The decision is yours. We want you,” Klopp is said to have told the 24-year-old.

“You fit very well in our project and in how we want to play.”

Tsimikas is an attacking left-back with a similar drive, creativity and work rate to Robertson, and is arguably better suited to stepping into the position more immediately than Lewis.

Sportime add that Klopp “definitely” did not need to phone Tsimikas to attract him to Merseyside, but it is a gesture the manager makes to all prospective signings—as much to judge their character as convince them to join.

It is unclear whether he got that far with Lewis, though Norfolk publication The Pink Un told the ‘inside story’ of how the deal unravelled on Wednesday morning.

Webber immediately rejected the offer, but this came with “pragmatism and a realism a deal could have been struck to the benefit of all parties.”

Another email never materialised, with Tsimikas instead unveiled as a Liverpool signing less than a week later, with Lewis himself “surprised” at the “modest offer” presented to his club.

The Pink Un conclude the situation “must have left him bruised, dazed and upset,” and that the interaction between the two clubs “leaves a sour aftertaste.”

Whether this would affect any future talks between Edwards and Webber, with Liverpool also linked with the likes of Emi Buendia and Todd Cantwell, is unclear.

But when it comes to their left-back options, it is unlikely the Reds will be concerned.