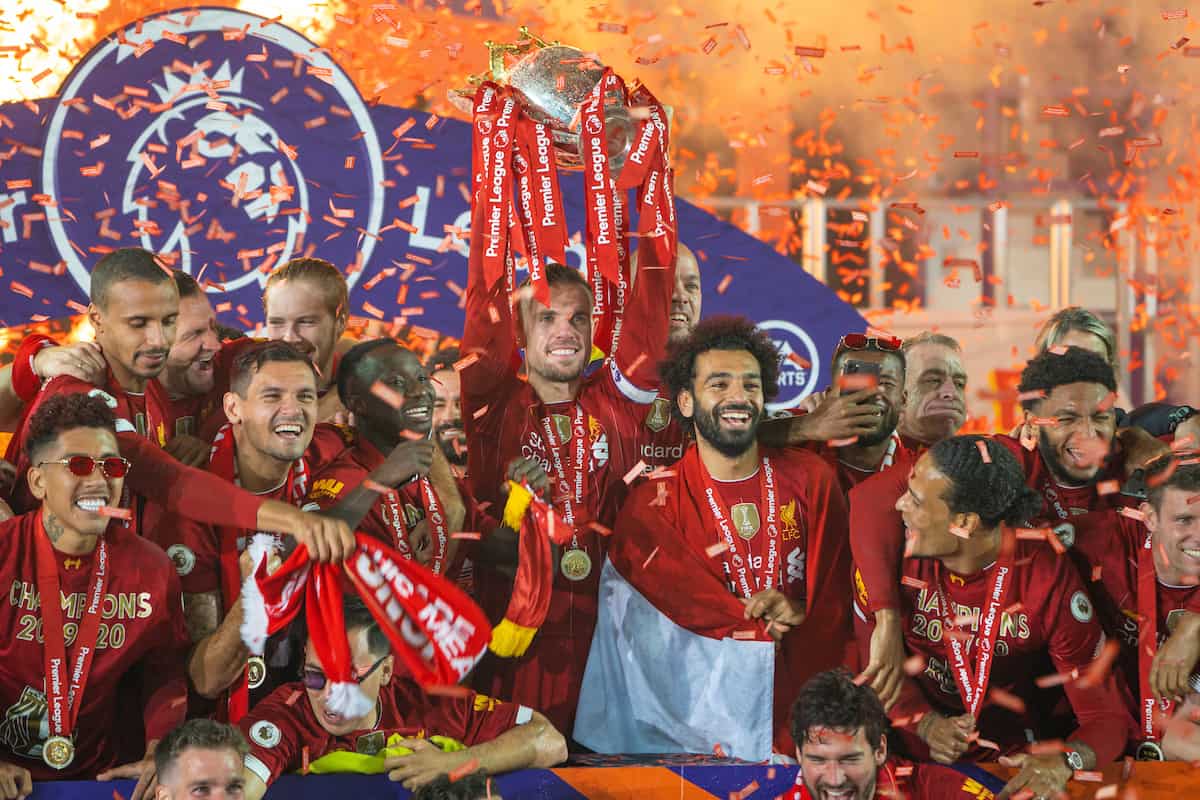 Liverpool were unquestionably the best team in England this year – but a new financial analysis proves just how well Jurgen Klopp‘s team did.

The Reds have made a big outlay in recent seasons, not just on signing players but on rewarding them for on-pitch successes.

Essentially, new contracts with upgraded salaries have been the way Liverpool have kept the squad together and shown their appreciation for those who have performed well.

It seems to have been a winning formula, too, given the Reds have become champions of everything, winning four trophies in the space of 13 months.

And while there’s no doubt Liverpool are among the big payers, in the league and in Europe, the important factor is that the club are getting enormous value for what they are shelling out.

According to a financial analysis from Nick Harris, who investigates the intersection of sport and money, the Reds ranked ninth in the Premier League using his equation to discern salary paid out per league points earned.

For the avoidance of doubt, that marks an absolutely massive over-performance by the Reds.

In a league where the mantra has habitually been “you get what you pay for,” the typical expectation would be to see the low-paying, low points tally-earning sides at the top of this particular table and the big clubs with big salaries at the bottom.

But Liverpool’s smaller squad and unbelievable consistency means they’ve absolutely left the rest of their perceived challengers behind in this regard, when it comes to earning value for money paid out.

As Harris puts it, this is a ‘bang for your buck’ table which shows that while Man City paid out a huge amount, they merely got what would be expected.

West Ham and Everton hugely under-achieved given what they shell out, Sheffield United and Burnley did exceptionally well and Manchester United have very little reason to be suggesting third place is any sort of ‘achievement’ given their expenditure.

In the race for the title, the Reds’ paid out around £56,000 per player, per point earned—while Man City had to fork out more than 54 per cent more in wages just to end up 18 points short.

And in the final minute of the last day of English football's 2019-20 domestic season, the Premier League 'bang for your buck' table. pic.twitter.com/Jm8jNhYDFI

To spin it another way, the Reds could have paid out the same amount across the season and only won enough points to drop to 14th place in the above ‘table’…and they would still have won the Premier League.

It shows a remarkable ability to eke every possible bit of talent out of the squad, as well as a great eye for paying good value to quality players.

What this means for the future is incredibly interesting for Liverpool: if Jurgen Klopp and Co. are capable of getting this much out of the squad, a couple of additions—even low-cost ones—could prove invaluable.

The Reds have already offloaded £300,000 a week from the end-of-season salary bill, with more likely to follow if a handful of expected player sales are made.

Given Michael Edwards and his gang have proven incredibly astute at making signings who can offer real value to the Reds, one or two summer additions might be expected to push the squad even further once they have a few months under the tutelage of the Melwood coaches.

Of course, there’s also the chance that new and improved contracts are handed out to the current stars, too, with Virgil van Dijk and Alisson rumoured to be next in line for raises.

And if that’s the case, then as the table above shows, nobody can argue that they aren’t good value for the bonuses they receive.