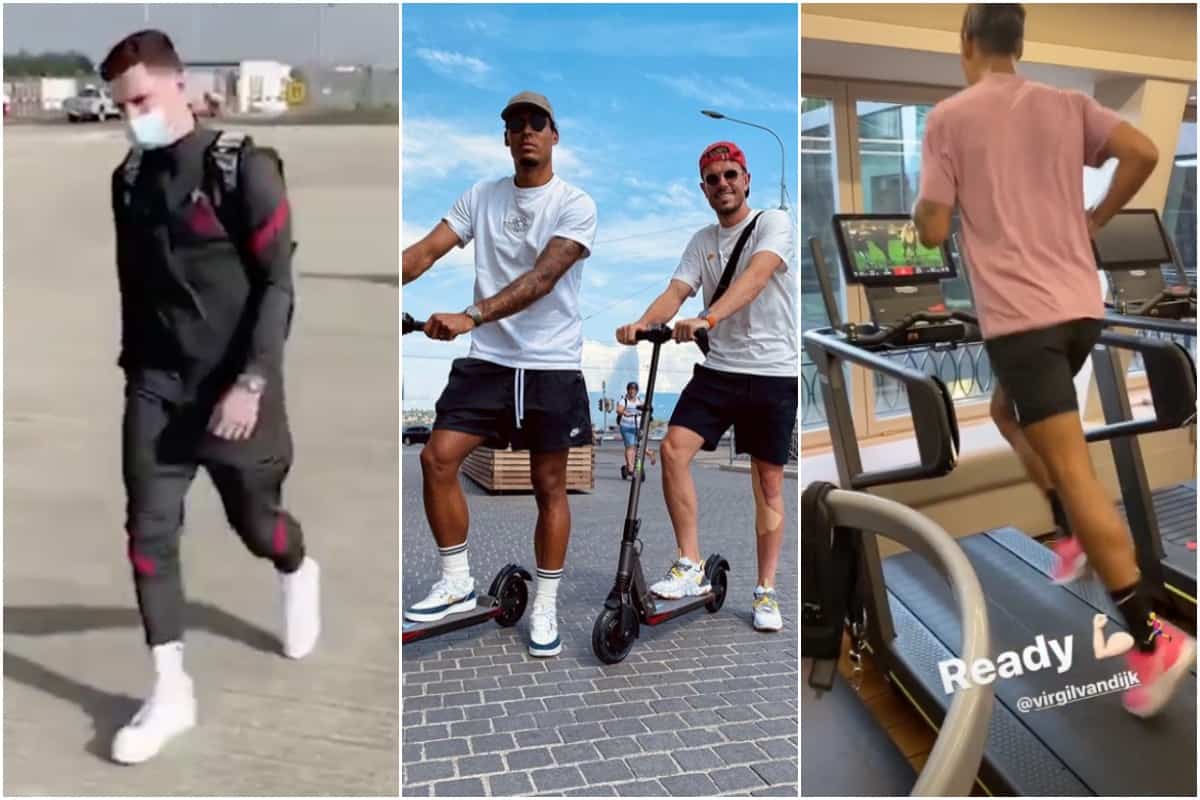 Jordan Henderson was an early arrival with Virgil van Dijk as the Reds get back in the groove ahead of the 2020/21 Premier League season, which starts in just 28 days.

The Reds returned for the start of pre-season training on Saturday, merely 20 days after their title-winning campaign came to a close.

In that time, the squad have been able to put their feet up and chase the sun in a well-deserved break before kickstarting their preparations to do it all over again.

Travel restrictions forced a late change in plans, with Liverpool’s intended destination of Evian, France, no longer viable after the government added the country to the quarantine list, meaning the Austrian town of Saalfelden is set to be the location of choice.

Players were given the choice to make their own way to their pre-season destination or return to Melwood and travel together.

Van Dijk had been spotted training in Switzerland earlier in the week as he continued with his individual fitness programme and was later joined by the skipper, who is in the midst of his recovery from the knee injury sustained at Brighton at the start of July.

Henderson is expected to be back fit and firing for the start of the new campaign and was happy to share his reunion with the “big man” on his Instagram as they took to the gym and a scooter ride as the pair made their own way to their pre-season training camp.

And can we just take time to appreciate their matching outfits:

Elsewhere, both Alisson and Adrian were equally delighted to be getting back in the swing of things with the latter making his own way to Liverpool’s idyllic destination.

The Reds’ No. 1, on the other hand, was a member of the travelling party from Melwood alongside the likes of Andy Robertson and Roberto Firmino, showing off the new Nike range following the official unveiling earlier this month.

The Brazilian has continued to prove instrumental to the club’s recent success and he is looking forward to writing another exciting chapter in 2020/21.

“Starting a new challenge. Thankful for what we lived so far and full of hope looking to what comes next,” he penned on his Instagram. 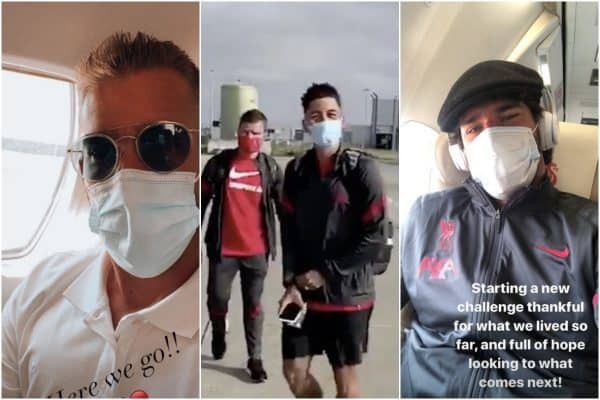 Although that may be looking into the future as the players will first undertake the dreaded lactate test to kick-off their preparations, the start of a short but busy pre-season schedule.

While no pre-season friendlies have been announced, Jurgen Klopp‘s men are expected to partake in a series of behind-closed-door games during their time on the continent and upon their return to Merseyside.

The condensed summer period will see Liverpool start the new season with the Community Shield against Arsenal on August 29, 14 days before their bid to retain the Premier League title commences.