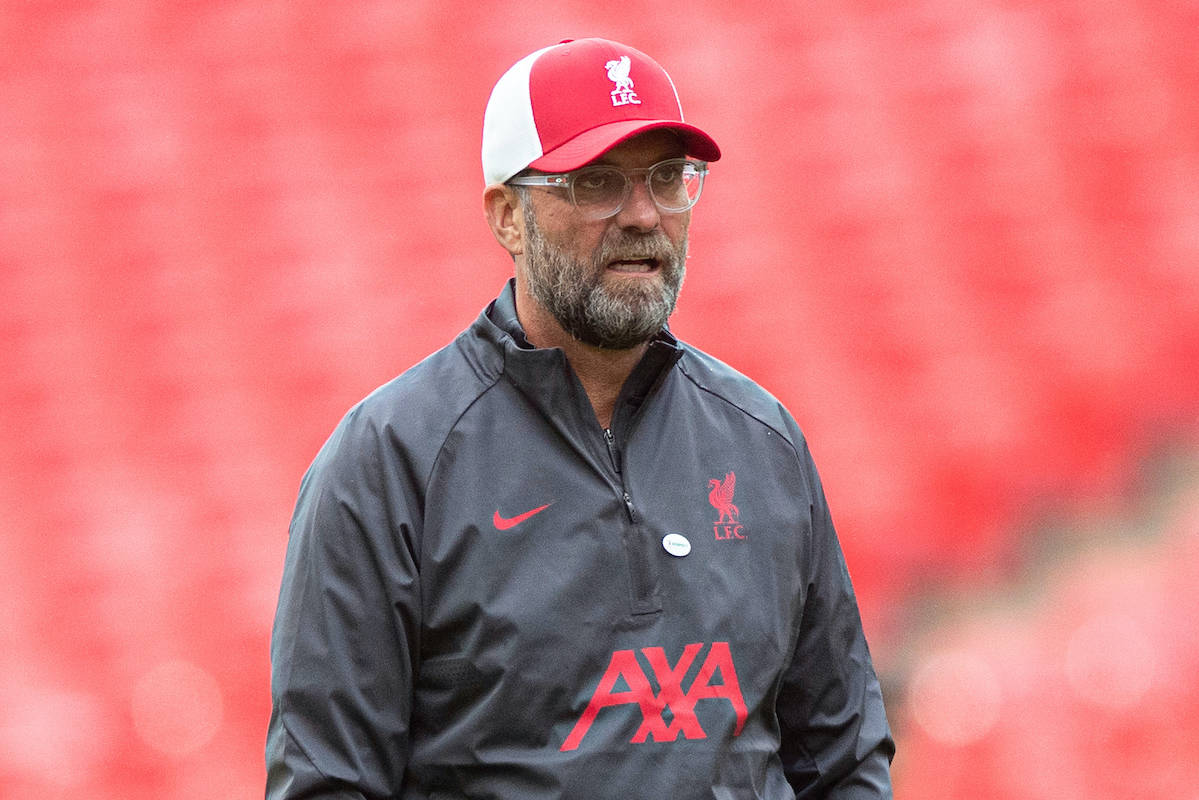 Jurgen Klopp says he wants the option to use five substitutions in Premier League games again this season – but it’s to protect the players, not to gain an unfair advantage.

After lockdown, one of the changes brought in to top-flight games was allowing managers to make five changes instead of three, though they would still only be made in three blocks.

The Reds were therefore able to give extra game time to the likes of Curtis Jones, Neco Williams, Takumi Minamino and others who had been on the fringes previously, while also resting the regulars a little more than usual.

It was designed to protect the players after a fractured season, lowering the risk of injuries due to the stop-start nature of training and game time.

That rule has been removed for the 2020/21 campaign, but Premier League clubs are thought to be ready to have a second vote on the matter—and Klopp is in favour of continuing it.

The big argument has been that it gives top clubs with bigger squads much more scope for winning games, as they have more elite players who can impact late on.

But the Reds boss says his concern is only the welfare of the players and getting through what will be a ridiculously intense season, with the Euros to come at the end of it.

“Yes [I’m in favour]. I know the discussion will then go again of whether it is an advantage for the bigger clubs,” he said post-game.

“Look, I don’t discuss it from that point of view, I don’t want to have an advantage in the competition or whatever. We have 38 Premier League games in a four-week-shorter season, that says it all.

“All the other competitions will be pretty much the same as far as I know, so that means that these things will help.”

Klopp is realistic enough to know that some of the league’s bottom-half teams might not quite as keen to see the rule reinstated, however.

Liverpool might not have as deep a group as Manchester City or Chelsea, but their squad is hugely skilled and better-equipped for multiple games than, for example, a West Brom or Newcastle.

But the boss makes the point that even those sides will struggle if their players have to be consistently playing 90 minutes twice a week and are unable to recover properly.

“I can imagine other teams see it differently. It is never about having an advantage; I saw it last season as well when we played in the last nine games of the season, I thought, ‘Oh, good, City bring on five players… not bad!’

“But it is all about how we can get through this season and not who gets a little advantage here and there.

“It is really, how can we get through the season. I think for getting in a good way through the season, for the sake of the football players and the performance levels, I think it would make sense. But I don’t make the decision.”

A shareholders’ meeting on 3 September would be the likely time for sides to reconsider the ruling, now that the international break is about to interrupt what limited time managers have already had to prepare for 20/21.