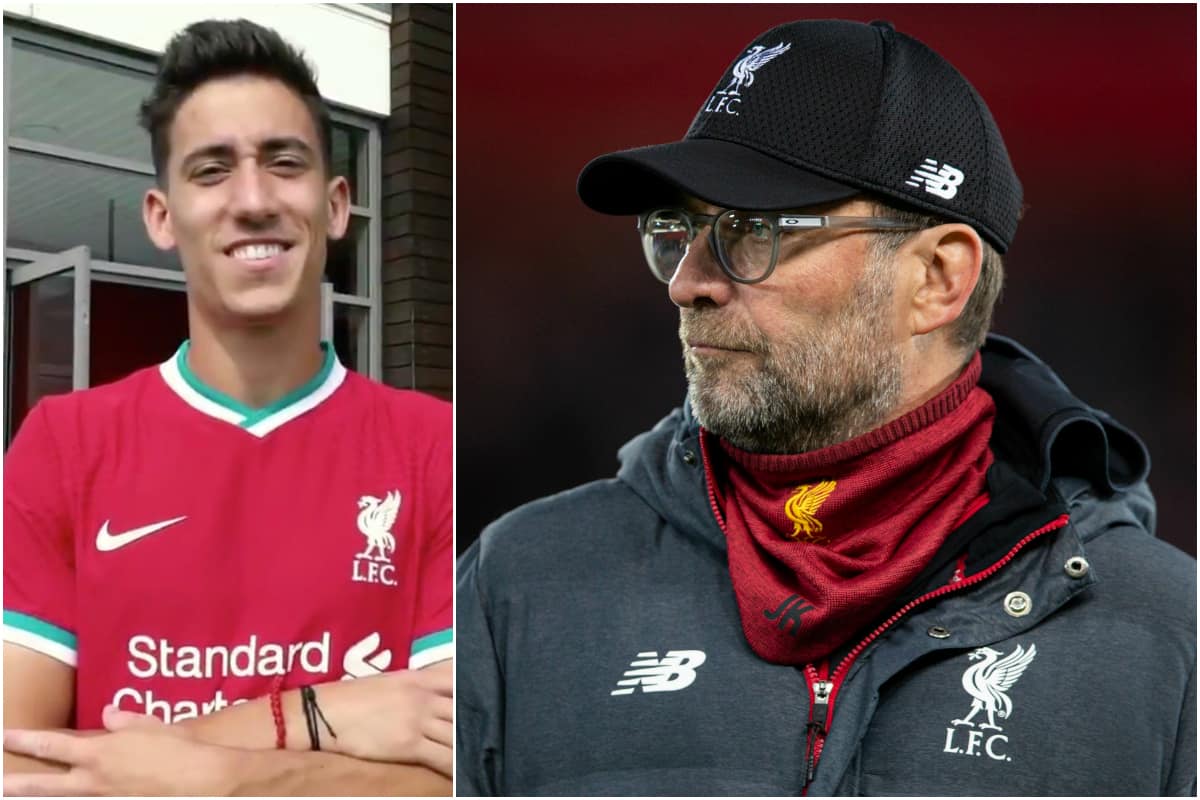 Jurgen Klopp has revealed that Liverpool had scouted new left-back Kostas Tsimikas “for a long time,” and explained why he was so convinced about signing him.

Tsimikas has become the Reds’ first signing of the summer, joining from Olympiakos in a deal worth £11.75 million.

The 24-year-old is reported to have agreed a five-year contract, earning around £50,000 a week, and will wear the No. 21 as he provides cover and competition for Andy Robertson.

As the first arrival since Liverpool became champions of England, there will be considerable expectation on Tsimikas despite his status as backup, and Klopp highlighted his mentality as one of his key attributes.

“We have watched Kostas for a long time and are really happy that he has joined us. It’s the perfect news before we come back together very soon,” the manager told LiverpoolFC.com, ahead of the start of pre-season on August 15.

“He is a very good footballer with an attitude to win and to compete, and I really like his mentality.

“It fits perfectly with the mood and the desire we have in our dressing room already.

“He has showed already at a young age he can experience football in a different country and do well—and he has been a big part of the success Olympiakos has had to win their title this season and in their European campaigns.

“Kostas knows from personal experience what is required to challenge and succeed domestically and in the Champions League, and he is ambitious for more—just like us.

“He has come up against some very tough opponents in the past couple of seasons and done well and we know he relishes the challenge, which is perfect for us.

“For that reason we are delighted to know we’ll have him with us for the years ahead. I’m so pleased.” 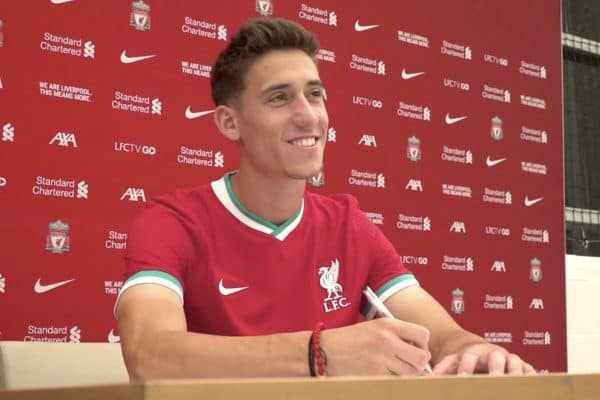 Tsimikas is only the second Greek player to represent Liverpool, following Sotirios Kyrgiakos, and as he reflected on his switch to Merseyside the significance of the move became clear.

“My brother is a Liverpool fan and he pushed me to come here and sign,” the left-back said.

“[As] a kid, I supported Liverpool. For all my family and for my brother, we are very happy for this.

“I think until now he doesn’t believe I’m here. Now when he sees the pictures he will understand I’ve signed here and will be very happy.”

The No. 21 is likely to undergo a lengthy adaptation process before he is given a regular role in the first team, but fortunately Liverpool already have one of the world’s best left-backs within the squad.

When he is trusted to start, however, Tsimikas can hope to push Robertson for a place in the side, with Klopp clearly a firm admirer.