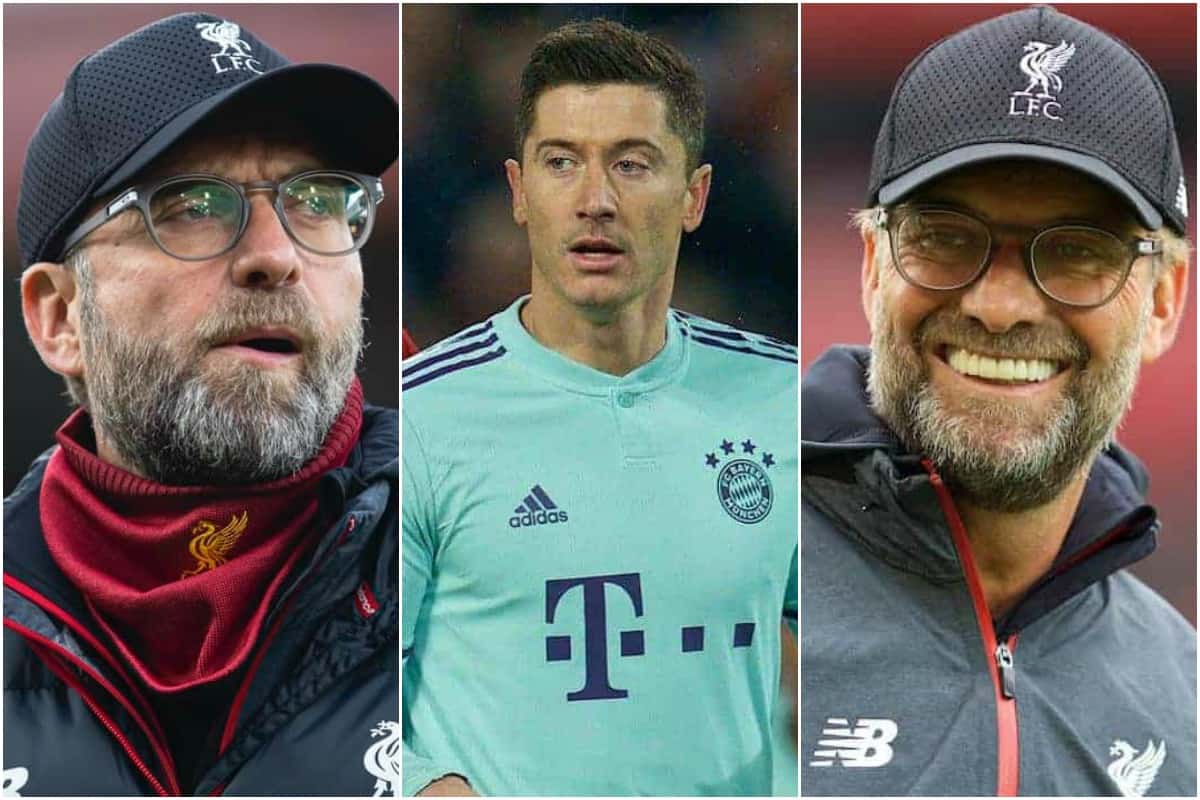 Charismatic, energetic, emotional, words you would associate with the man on the touchline, thought-provoking, caring and honest away from it.

The German’s character continually attracts interest, with one of the most asked questions to those who have worked closely with him typically being is what we see on television reflective of what he is like away from the cameras?

The response is usually in the realm of “what you see is what you get,” meaning his infectious personality leaves an impression on just about everybody.

And Lewandowski, who worked alongside Klopp at Borussia Dortmund for four years, heralded the Liverpool boss as his favourite of all-time, ahead of Pep Guardiola, when he spoke to ESPN of the multiple roles the boss plays for his players.

“I think…Jurgen Klopp [is my favourite] and after that Pep Guardiola. 100 percent,” Lewandowski said.

“[Klopp] has two faces. You can see that he is kind of like a father, but the second part is like a coach, a manager. He can tell you everything – and I’m not speaking about the good things – about the bad things.

“Also for [players], he is a huge motivation. He makes this perfect, because he knows where there is this line where he can [push you] more or a little bit less.

“His performance as a coach is amazing, but not only as a coach but also as a man.”

His words follow on from a recent discussion with Gerard Pique, where he spoke of the gratitude of having Klopp as both a father figure and someone who you can talk to like a best friend.

“He is like a father. You can speak to him about whatever you want, you can call him at five o’clock in the morning and say you have a problem and he would come to you,” he said.

“I’m very happy I can remember him as a person who talked to me like a best friend.”

It’s another interesting perspective from a player who worked closely with the boss during a period of sustained success, with Dortmund having reached the Champions League final and won two Bundesliga titles during their time together.

Klopp’s ability to lead a team is one to marvel at, but so is his ability to form relationships with those around him beyond what happens when you cross the white line, the perfect man-manager most will say.

And having experienced the ups and downs of life, Klopp has always spoken of the importance of knowing the person behind the player as he doesn’t “pretend I’m interested. I am interested,” and that the players “can talk to me and it’s always important.”

The manager always needs to be the one making the tough decisions but Lewandowski’s words once again reiterate the ones Klopp said when football was forced into a three-month break: “the most important of the least important things.”