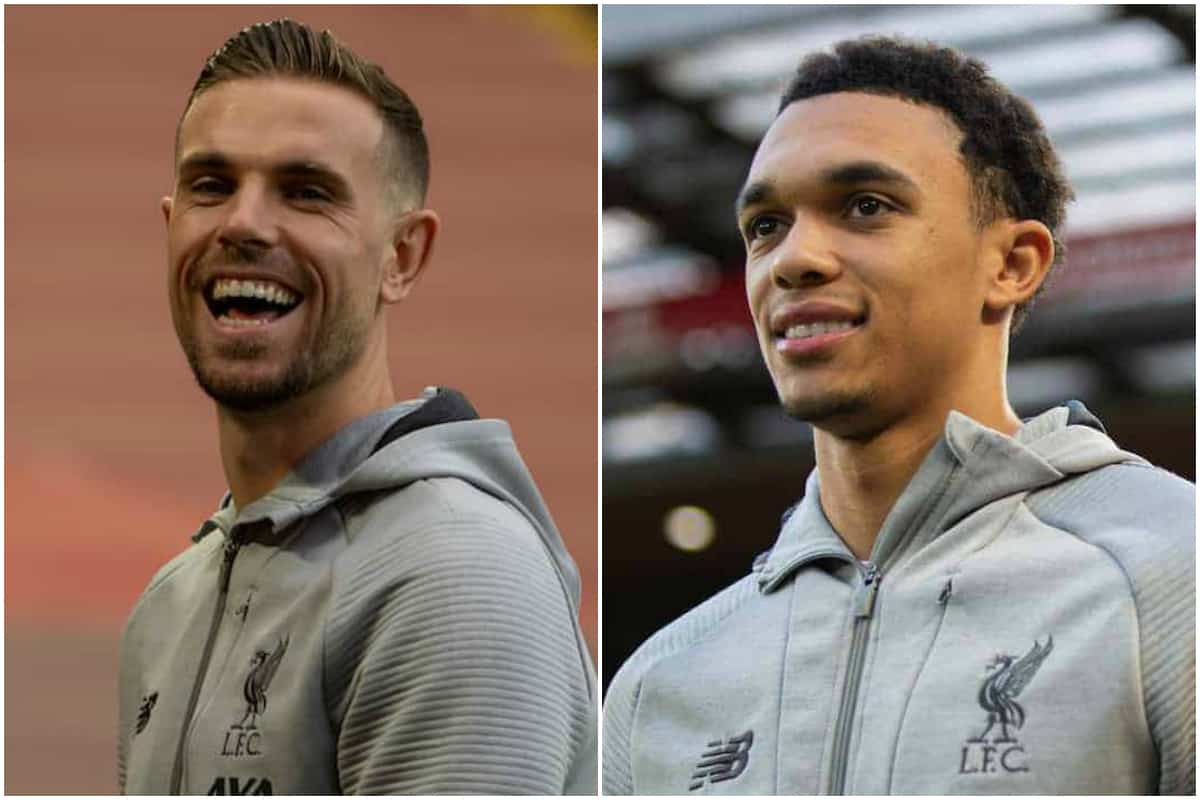 Liverpool will have three extra bodies to count on in training from next week, assuming no setbacks or issues on international duty.

The Reds have been short of half a dozen first-team squad members during pre-season, including two absences rolled over from the end of last term.

Jordan Henderson and Joel Matip both missed the run-in and were not involved in the two friendlies or Community Shield, but both will return to team training next week.

Jurgen Klopp told reporters after the Community Shield that both would be back on the training pitches at Melwood, though it’s too early to tell if the skipper will be able to feature on the opening day of the Premier League.

“For that we have to see when he trains,” he said about Henderson.

“I think Joel and Hendo will be in parts of team training next week and we will see. Of course, the longer they have the better the chance is, but I don’t know in this moment.”

While those two might not return for the game against Leeds, Trent Alexander-Arnold should do.

He has also missed the Reds’ three games since returning, but James Pearce noted that he is back from a calf issue and “will be back in full training” on Sunday.

The right-back is headed off with England, though, so hopefully his recovery is fully taken care of before he departs.

Liverpool are still without Alex Oxlade-Chamberlain, who was injured in pre-season, while Xherdan Shaqiri and Divock Origi have played no part in the three games either.

No official injury specifics have been revealed about the duo, which has only increased speculation that they will be departing this summer.

Those senior absences have seen an increased involvement for the likes of Neco Williams, Curtis Jones and Rhian Brewster over the last few weeks.

Jurgen Klopp has already said he’ll rotate heavily at the start of the season, so it might not be too much of a surprise if any of the younger players are included in the opening game squad.