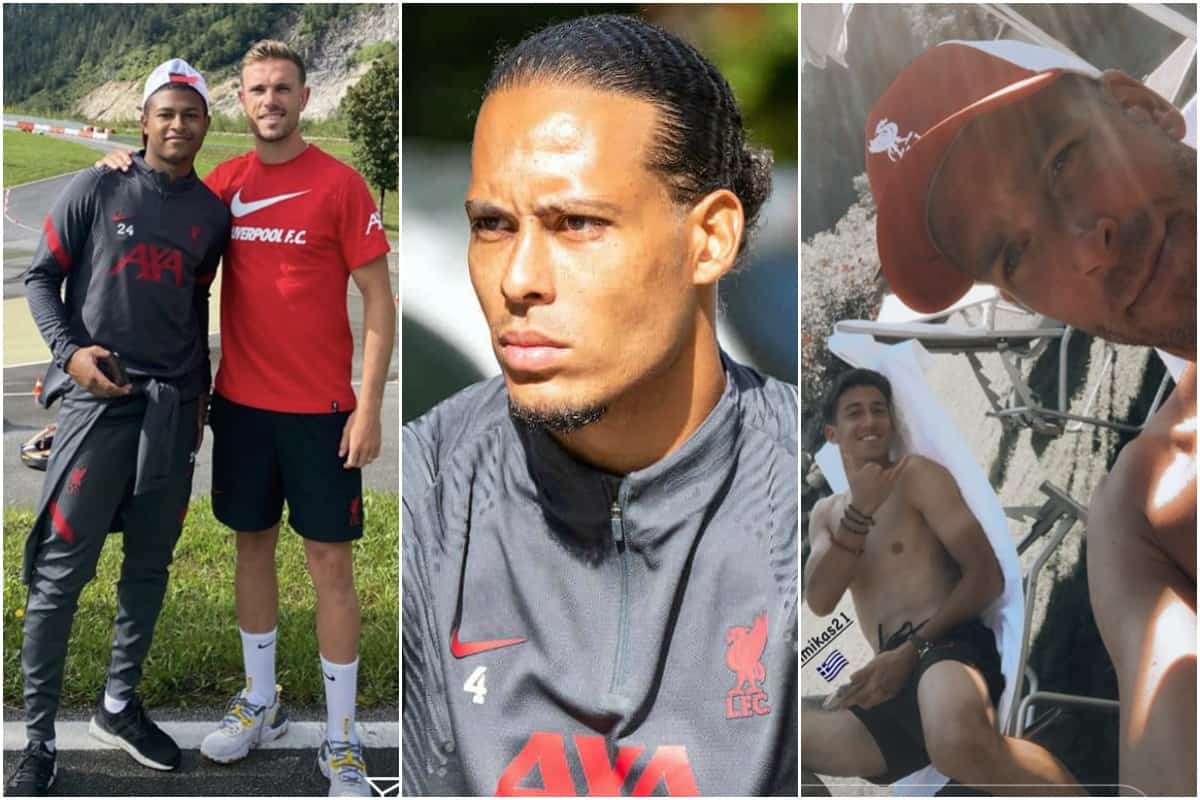 The Reds are ready to get back into match action after putting in the groundwork and soaking up the sights from their Austria basecamp, with Stuttgart the first on the agenda.

Jurgen Klopp‘s champions will don the red shirt later on Saturday merely 27 days after their remarkable title-winning campaign came to a close at St James’ Park.

The team assembled in Austria a week ago to kick start their preparations ahead of what will be a relentless season which could see Liverpool play, on average, a game every three to four days.

With physical conditioning not the early priority as is the custom in pre-season due to the short turnaround, the Reds are looking to find their “feet as quick as possible” in their friendly fixtures.

Bundesliga’s Stuttgart offer the first opportunity to get back in the swing of things, with the boss expected to utilise his squad and field two different XIs in each half. 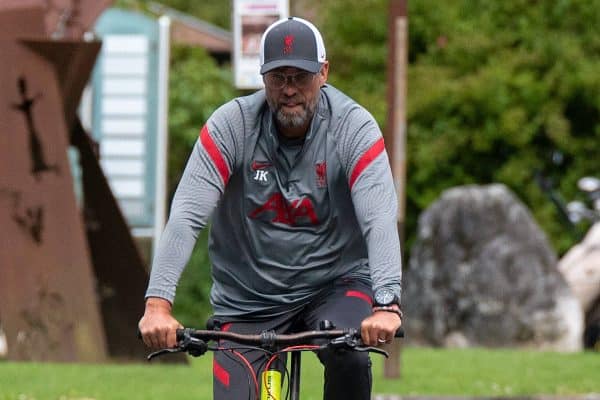 The game precedes a meeting with Salzburg (August 25) and the Community Shield clash with Arsenal, where a fourth friendly is in the works.

And for Gini Wijnaldum, the limited game time away from training sessions ensures each opportunity is “really important” and must be taken advantage of before the opening game against Leeds:

“Before, you had way more friendlies to get ready for the season. Now we have only two, so they’re going to be really important.

“I think it is easier now than the previous training camps because we had just two weeks off now and before that it was like four weeks or more.

“I think this pre-season is less than the other ones in terms of intensity with running because there’s a lot of football. We do it with pleasure because we know that we need it during the season.

“If you also look at the seasons before, you could see that we were fit until the end. So that was all because we had a good pre-season.”

And while the Dutchman has been the subject of widespread speculation regarding his future, he remained all smiles as the Reds put the finishing touches on their preparations for the meeting against Stuttgart:

A clash which will take place with a spectacular backdrop, with FC Pinzgau Saalfelden acting as hosts – a ground less than 10 minutes away from the Reds’ hotel.

Hey @LFC & @VfB fans, we can't wait to host you tomorrow at the Saalfelden Arena ?

Elsewhere, Adrian feels “like a boy with a new toy” after being with the Reds from day one of pre-season, unlike last season which saw him join on the cusp of the new campaign.

While the 2019/20 season was one which will live long in the memory, the Spaniard was eager to insist that the “desire” and “intensity” of the squad has been “unreal.”

And in the knowledge of what it feels like to be the new kid on the block, Adrian took to Instagram to share that both he and Kostas Tsimikas were enjoying their time poolside.

But the new signing has also been buddying up to Mohamed Salah, with the pair taking turns in making the other a subject of an Instagram filter – wonder what Dejan Lovren makes of it all! 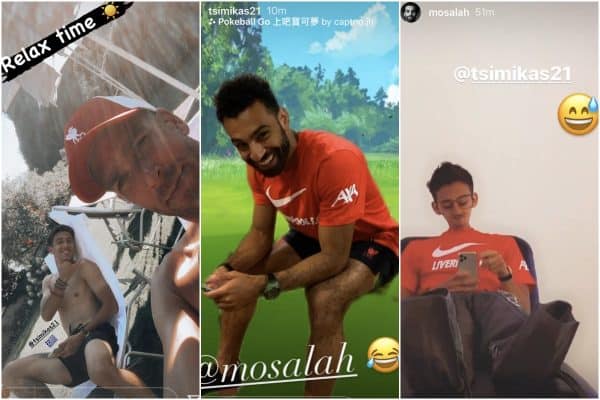 The rest of the squad, meanwhile, were keen to let the fans know that they are more than ready for their first outing of the summer.

With Marko Grujic and Rhian Brewster leading the way as both look to catch the eye:

Virgil van Dijk had “fire in the boots!” and was eager to ensure Liverpool’s No. 1 knew – “unlucky lad”:

And who could forget James Milner. From bringing your “son to work day” to informing his younger teammates about his first phone, he never disappoints.

This time around, he is “wheelie excited” about Liverpool’s first game after a tough week on the training track, one which included being “ganged up on by the left-back union”:

Ready for first our game tomorrow after a tough week’s work ??? #LFCpreseason ?? #wheelieexcited ?

Ganged up on by the left back union… guess my membership is up for review ?????? #alwayschecktheexpirydate #makenewfriendsbutkeeptheold #lfcpreseason ??

The Reds will kick off their pre-season at 5pm (BST) on Saturday before making the short trip to face Salzburg on Tuesday, where they will then return to Merseyside before casting their eye to the Community Shield.