Neco Williams‘ rise has been rewarded once more, this time with a senior call-up to Wales’ international team for their September clashes.

The 19-year-old has proven to be a revelation for the Reds in a short space of time, transitioning from an academy regular to second-choice right-back under Jurgen Klopp – not to mention, being a Premier League winner.

And while the club rewarded his progress with a new five-year contract earlier this month, he has now earned international recognition after Ryan Giggs named the youngster in his squad.

It is the first senior call-up for Williams, who had seen England start to circle as he qualifies through his grandparents, following on from his regular appearances for his country at under-19 level.

He was named in a 26-man squad for Wales’ Nations League games with Finland (September 3) and Bulgaria (September 6). 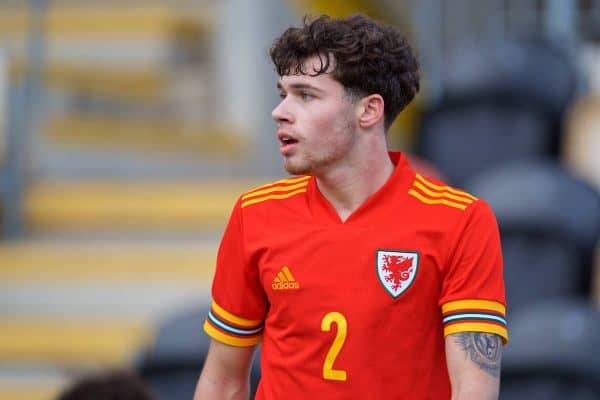 The Welsh-born defender is one of two players who earned their maiden call-up alongside Swansea centre-back Ben Cabango.

They will be joined by their more seasoned teammates in Gareth Bale, Aaron Ramsey, Hal Robson-Kanu and Ashley Williams – while ex-Red Joe Allen misses out through injury.

Williams had been expected to be named in Giggs’ squad in March before the pandemic hit and will now all but seal his international future with an outing in either of the Nations League games.

Fellow full-back Andy Robertson, meanwhile, will captain his team against Israel and the Czech Republic as Scotland start their respective Nations League campaign.