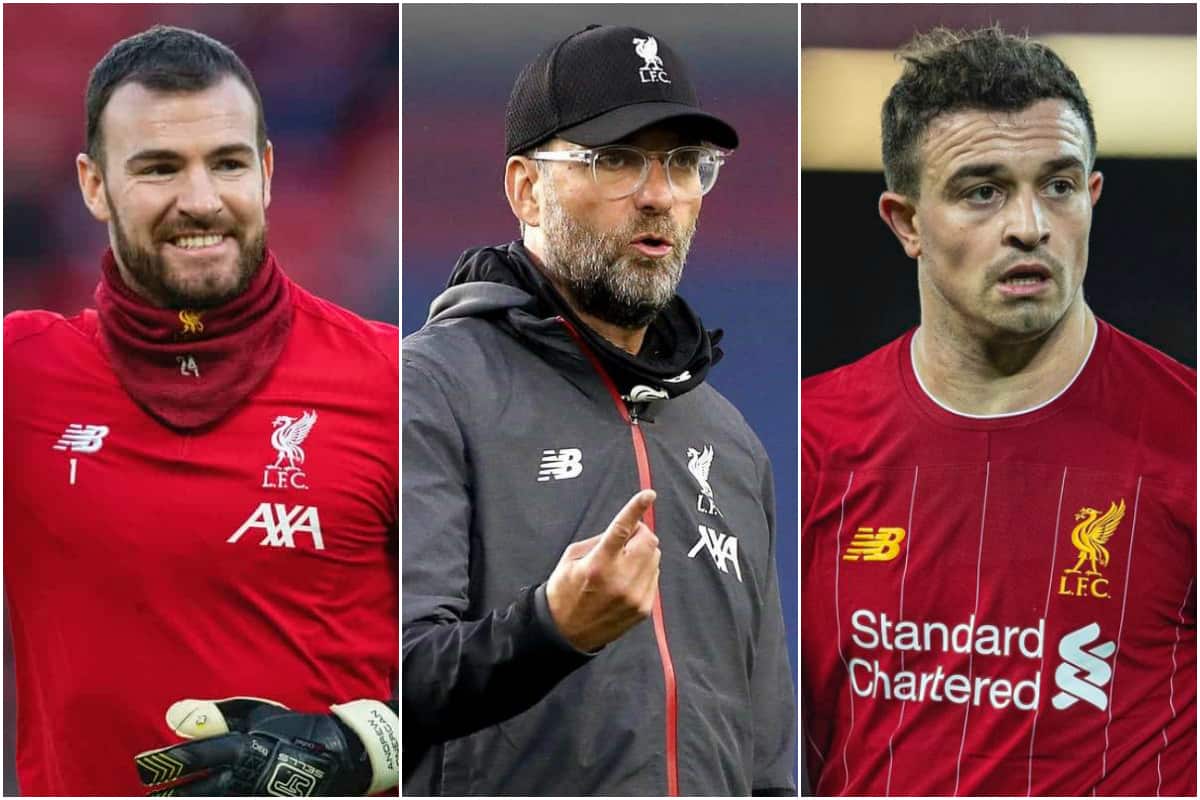 Andy Lonergan has left Liverpool after a season acting as fourth-choice goalkeeper, and the veteran stopper had himself a great year improving and learning about life at the elite level.

It was a surprise when the Reds took the now 36-year-old on tour in pre-season last summer, but cover was needed with Alisson away and then Simon Mignolet being sold.

Lonergan stepped up to provide an additional pair of hands in training and earned himself a year-long deal and now, upon his exit, has spoken of his experiences—including realising the ridiculous mentality of a team at the top, the eye-opening experience of facing Liverpool’s famed front three and more besides.

Speaking to the Echo, Lonergan acknowledged the unsurprising truth that ‘keepers had to “make a worldie” to get saves in when Roberto Firmino, Mohamed Salah and Sadio Mane were on form.

But one other player was the one who gave him most trouble: Xherdan Shaqiri.

“No-one’s surprised me because they’re all unreal,” he said. 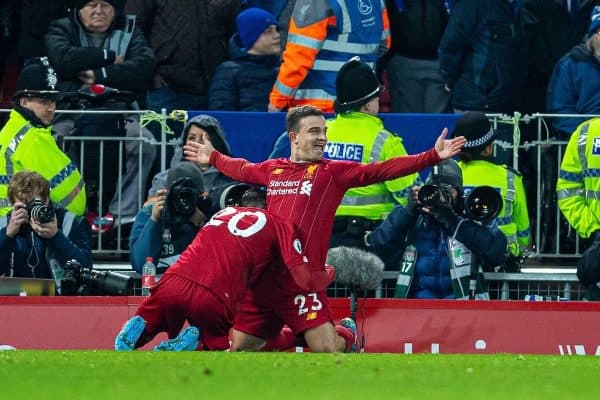 “The one I really don’t like facing is Shaqiri.

“When he’s shooting, he can do whatever he wants with that left foot. I’m always thinking when we’re doing five-a-side, ‘Please be on my team,’ because if he’s against you, he’s a little magician with his finishing.”

It’s a reminder of what the Reds have mostly missed out on this term, with the Swiss international constantly sidelined by calf injuries and thus deprived from really playing a big role in the title-winning season.

Lonergan also made reference to the infamous “next-game mentality” which has served the Reds so well this past season, saying he was perplexed at the lack of back-slapping in the dressing room after each win.

That’s a big difference between playing for any old side, and one aiming to be the very best: three points is just another three points.

“Whatever the players and manager said over the season is completely true though.

“I was surprised after games how little wins meant to people.

“It’s great to win but as soon as the full-time whistle went and we’re in the dressing room, the gaffer’s like ‘we’ve got whoever on Tuesday night or Saturday’.

“It was just the next game, job done, move onto the next one. It was like that throughout the whole season.”

Elsewhere, Lonergan gave his own assessment that young Irish stopper Caoimhin Kelleher has the tools to go all the way, lacking only experience, and says he feels the third-choice will go out on loan next term.

He reaffirmed his previous statement that Alisson is the world’s No. 1 in the position, without question, and most importantly, says Liverpool can get even better.