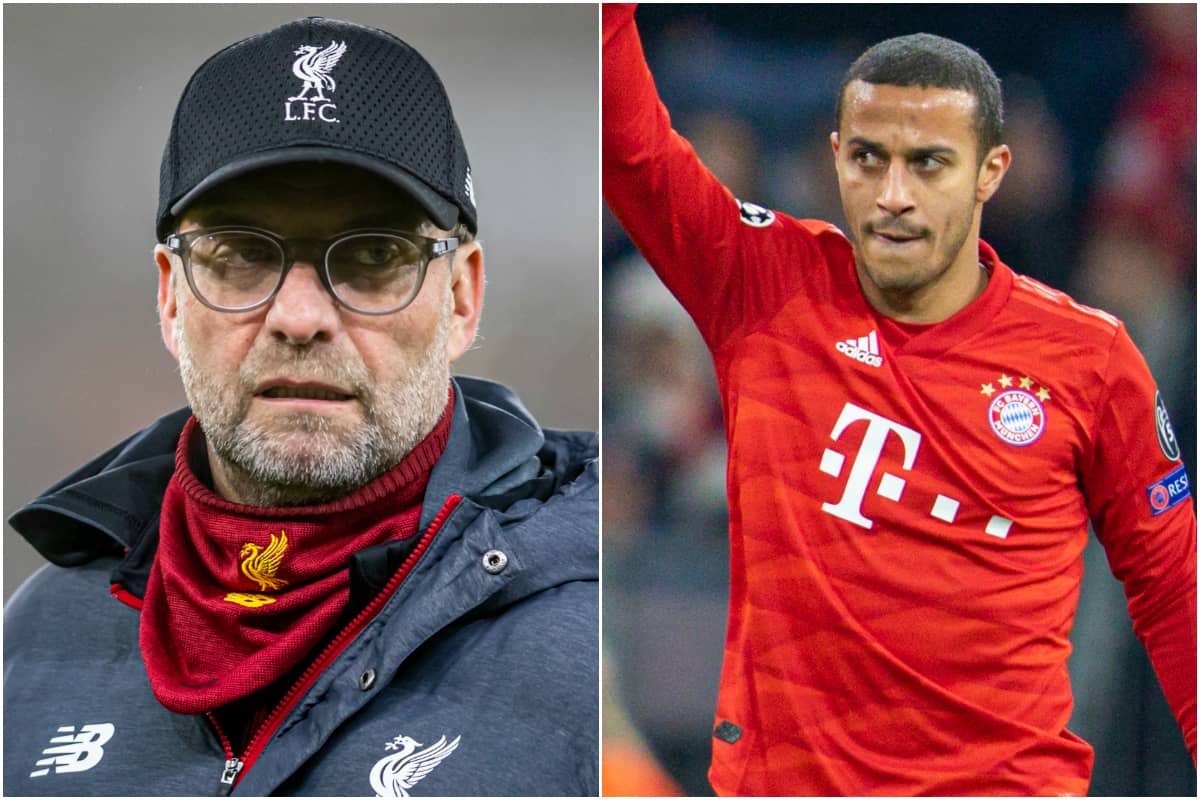 Jurgen Klopp and Thiago are claimed to have been “in talks for many weeks,” with the Bayern Munich midfielder “absolutely convinced” a move to Anfield would suit him.

Thiago remains the Reds’ most high-profile link in the summer transfer window, with Bayern resigned to parting ways with the Spaniard after seven years.

The 29-year-old is in the final year of his contract with the Bundesliga champions, and turned down a new four-year deal in favour of a new challenge abroad, prompting Bayern to seek a “fair” offer.

A major issue stands, however, with the difference in the two clubs’ valuations, with Liverpool said to be at least €5 million short of Bayern’s €30 million price tag, though The Athletic’s David Ornstein has recently claimed they are looking for €50 million.

Liverpool appear to have already done the legwork when it comes to convincing the player, though, with BILD‘s Christian Falk telling the Pod Save The Ball podcast “there is some agreement” between Thiago and the Reds.

The Guardian‘s Fabrizio Romano joined Falk on their Inside The Hottest Transfer Deals episode, and revealed that Klopp had been in contact with Thiago “for many weeks.”

“[Klopp] wants the player and at the same time, Thiago would love to join Liverpool. He is absolutely convinced it would be the perfect team for his style of play,” Romano explained.

“The player and Klopp have been in talks for many weeks, he hopes to join Liverpool.” 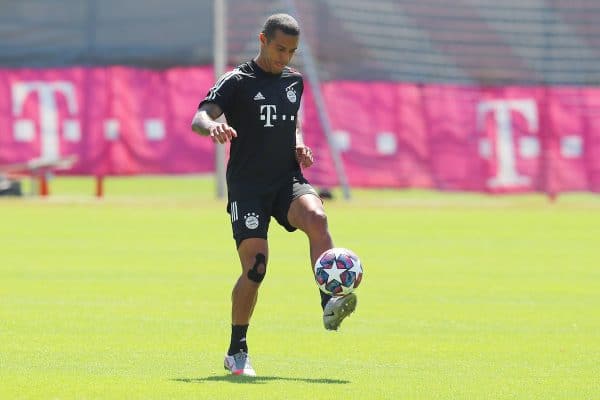 Romano continued to explain how, like other Premier League clubs and Juventus, Liverpool “don’t want to pay this kind of fee,” however, and “there is not an official bid on the table.”

“We have to see what they will do, but in this moment the player is pushing,” he said.

“He wants a new challenge and Liverpool in his mind is perfect for his type of play. So we will see, I think it’s difficult to see this being the final fee from Liverpool.”

Falk added that “some [other] Premier League clubs are also interested,” which could be a concern, particularly given Pep Guardiola’s admiration for Thiago and Man City‘s unfettered ability to spend.

But the pulling power of Anfield could aid Liverpool in this deal, with Thiago seemingly enamoured with the prospect of playing for Klopp’s Reds.

It is unlikely any developments will be reported until after Bayern’s run in the Champions League, with the Munich club advancing to the quarter-finals with a 7-1 aggregate win over Chelsea.

They will take on Barcelona in the next stage, with the one-legged tie to be held on Friday night, when Thiago should line up against his former club and, potentially for the last time, for Bayern.