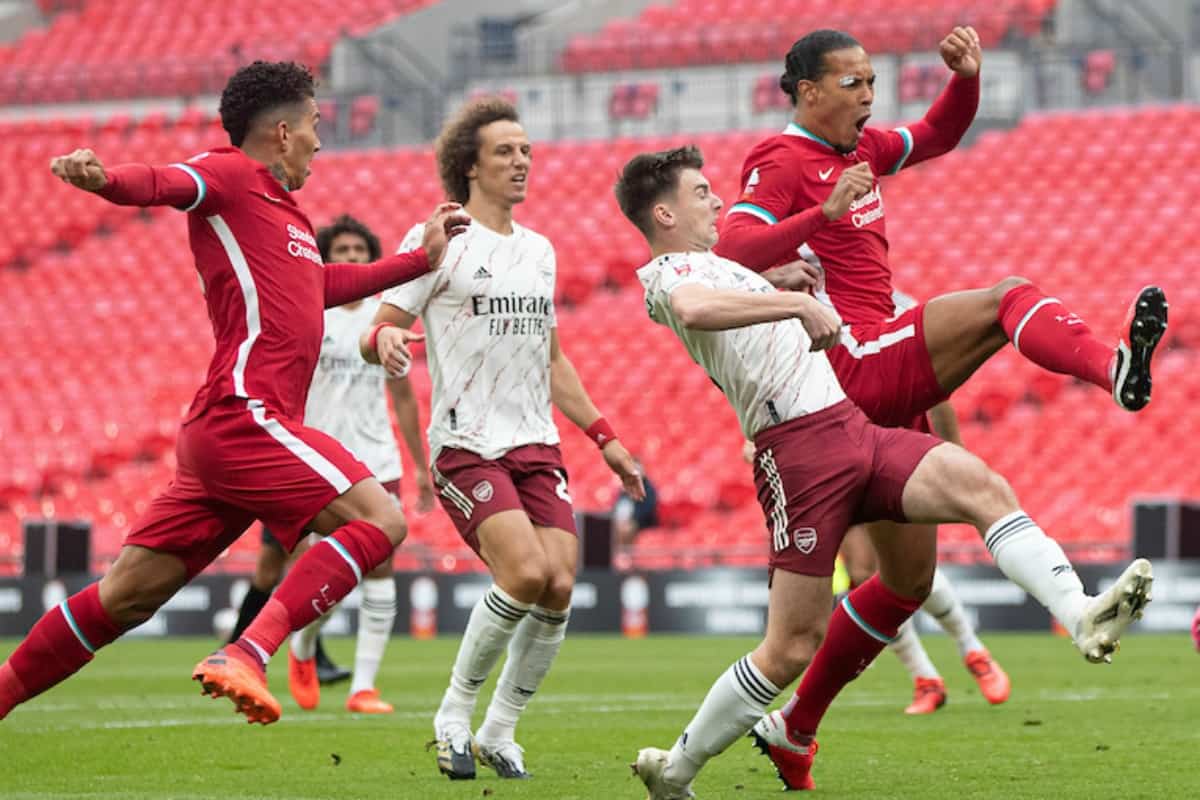 The first of two meetings against Arsenal in a handful of days pits Jurgen Klopp‘s champions against Mikel Arteta’s resurgent Gunners in the Premier Leauge.

All focus is on Arsenal this week in two intriguing battles which will pit the depth of each squad against one another with topflight action preceding League Cup duties.

The Reds head into the first meeting off the back of a 7-2 demolition of Lincoln and a convincing 2-0 victory at Chelsea, with momentum now back in Liverpool’s favour.

Anfield will play host with a 61-game unbeaten streak in the league on the line, against a side Klopp’s men have failed to surpass in their previous two meetings.

And if you feel as though Arsenal have become a mainstay in Liverpool’s fixture list then you wouldn’t exactly be wrong, as this will be the third of four games in less than three months, following on from the league meeting at the back end of the 2019/20 season and the Community Shield.

It presents an early opportunity to avenge the defeat at Wembley and notch nine points from nine, and we can expect a composed and concentrated outfit this time around with the majority of the cob webs now a thing of the past.

An intriguing battle will no doubt ensue, but on home soil Klopp’s men should have enough firepower to end Arsenal‘s unbeaten start to the season.

Thiago is the name on everyone’s lips: will he start or not?

The Spaniard started from the bench at Chelsea and was not in the matchday squad at Lincoln, but has since succumbed to an unknown injury and is under a cloud of doubt.

If absent, he will join Jordan Henderson in the treatment room, with the captain to miss Arsenal‘s visit with a thigh injury sustained at Stamford Bridge.

After making 10 changes at Lincoln, regular faces from the first team will return to the fore and is likely to include Joe Gomez after the centre-back recovered from a minor knock which kept him out of the frame in the last two games.

But Alisson could be the next to step out of defence having failed to train in recent days with a mystery injury, which could see Adrian make his first Premier League start since March.

Fabinho will likely be pushed back into his favoured midfield position after successfully filling in for Gomez’s his absence, especially if Thiago is unavailable.

For Arsenal, Shkodran Mustafi, Pablo Mari and Gabriel Martinelli all remained sidelined while both Kieran Tierney and Cedric Soares could be in contention.

Liverpool have only kept two clean sheets in the last 23 home games against Arsenal across all competitions dating back to December 2001.

The Reds have won only 10 of those meetings (including last season’s penalty shootout), but have outscored the Gunners 57-45 in that time.

It means we can certainly expect goals.

Speaking in his pre-match press conference, the boss praised the defensive efforts of the opposition, but there is no reason Liverpool can’t walk away with all three points:

“Arsenal defend properly. All the players are involved in defending.

“They probably defend in a 5-4-1 and when you have quality players that makes it a pretty tricky for the opposition, especially when they have speed for the counter-attack. It can cause trouble.

“I can say a lot of positive things about Arsenal because they are true, but I still think we have a chance on Monday night.” 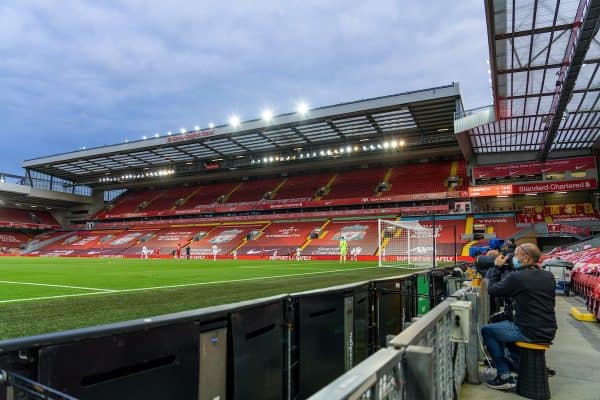 Liverpool vs. Arsenal will be shown live in the UK on Sky Sports Main Event and Sky Sports Premier League, with coverage commencing at 7.45pm (BST) ahead of the 8pm kickoff.

Chris Williams will be on hand to keep you informed and up to date with all the action on This Is Anfield’s matchday liveblog, starting from 7.15pm (BST).