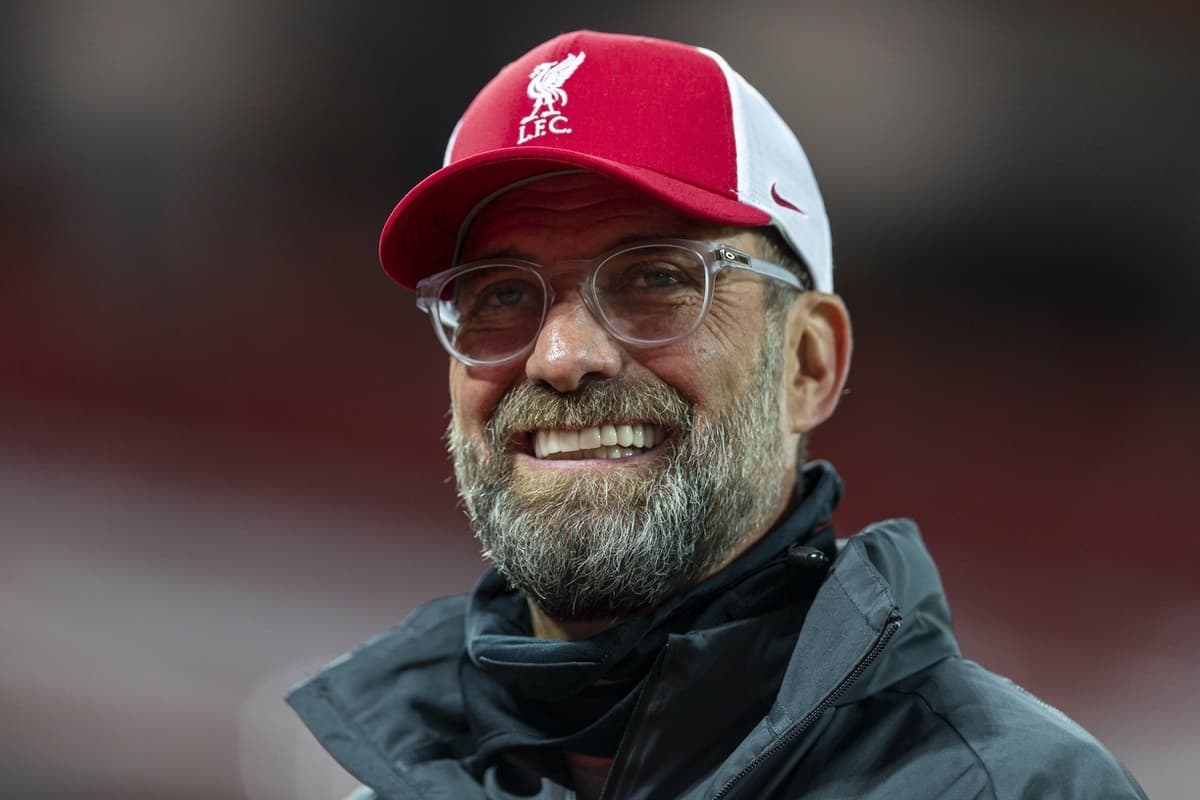 It’s been five years since Jurgen Klopp landed at Anfield with a mission to turn Liverpool’s fortunes around and he certainly made us believe the dream.

A lifetime wait for a generation is over, as is the desperate longing for those to reacquaint themselves with what was once a common occurrence.

‘Make Us Dream’ was a notion carried by many, a torch passed from one manager, player and fan to another until it was delivered to the one who would not only make us dream, but make us believe.

And believe that success is on the doorstep if only we would unload the weight of the past and reach out to write a new chapter of success.

Jurgen Klopp, you had me at hello.

From nearly-men to all-conquering. From down in the dumps to mentality monsters. From tolerable to unbearable. From a stepping stone to the destination.

The sleeping giant was awoken. Rustled from a listless sleep and restored back to our perch.

From bows in front of the Kop to fist pumps and serenades, from number five to six and eighteen to nineteen. From dreamers to believers, from the outside looking in to world-conquering.

A dream curated and brought to life by not just himself, and he would be the first to humbly say many hands make light work.

Growing pains made way for a well-oiled machine; from the very top at FSG to his support staff at Melwood and at Anfield, and of course the players themselves.

Evolving year on year, for Liverpool it has always been that the whole is greater than the sum of our parts. That a champion team will always defeat a team of champions.

And it ensured fortress Anfield was restored and visions of what could be turned into reality.

He made us believe the dream, one which no longer lives in that space in the brain reserved for what a title lift could look like as it is now tangible, the Henderson shuffle making it so.

We’re no longer dreaming the dream, but living it.

Unprecedented circumstances made it so that the details accrued over a 30-year wait were not quite on the nose, but there is no denying that we are dreaming with our eyes wide open.

Now, the task is to do it all over again. Attack, not defend the title – and by the showing at Leeds that won’t be an issue.

Critics will still be there, as will the weight of expectation, while the pressure of champions means there is a new terrain to navigate for Klopp’s dreamers.

Access to funds and a tightly operated recruitment policy are not new challenges for the Reds, but they are new for the English champions of the modern era, ones who are not run by oligarchs or countries.

And so, the dream has evolved. A dream to retain the title, to become only the fourth club to do so in the Premier League era, to never stop conquering Europe and to continue re-writing the record books.

Evolution and trusting the process will remain key as it always has, one painstaking brick at a time is what goes us to this point after all.

From doubters to believers, to dreamers and achievers. It didn’t happen by accident nor was it a stroke of luck.

Liverpool embodies Klopp and Klopp embodies Liverpool. A symbiotic relationship with an unrelenting spirit and unity at its core, intangibles embedded the day the ‘normal one’ first proclaimed the need to turn from doubters to believers.

A long-lasting legacy is there and waiting, the foundations have been laid and the next few floors are under construction – a far cry from where Liverpool Football Club was merely a decade ago.