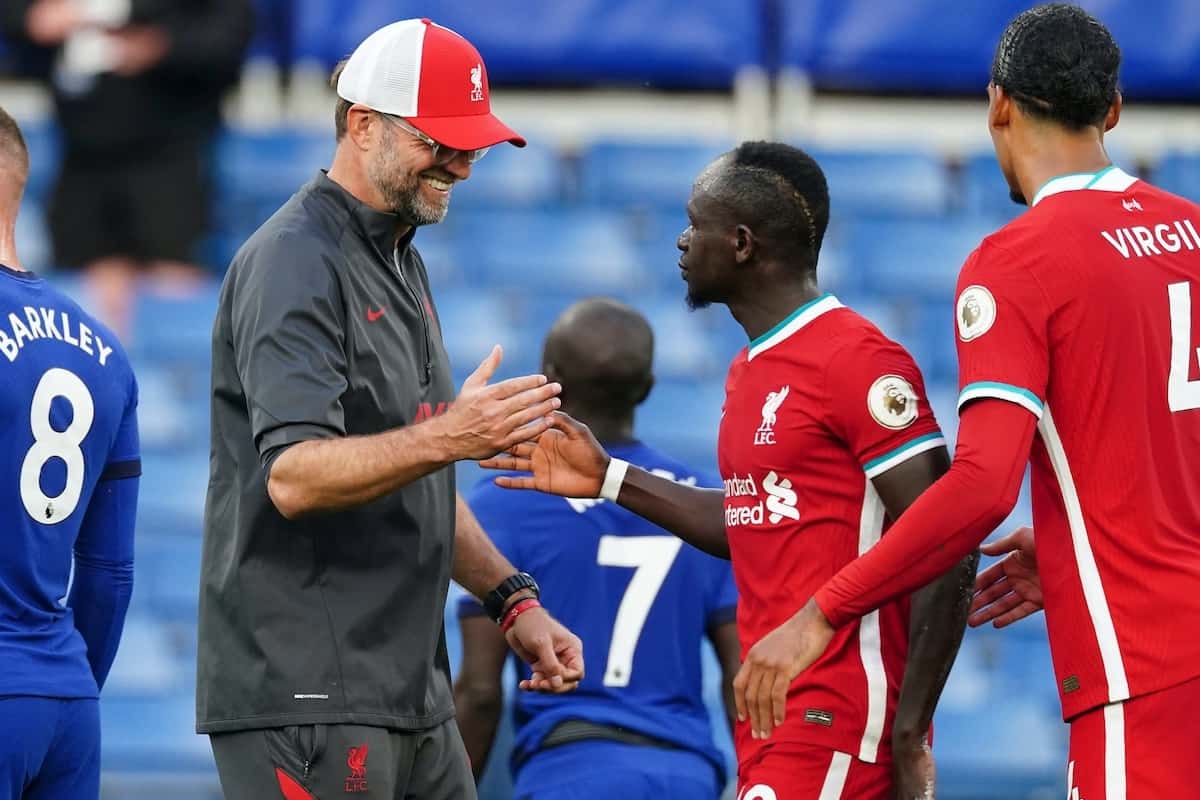 Fabinho and Sadio Mane received the most praise in Liverpool’s 2-0 win over Chelsea on Sunday, as the Reds showed why they are Premier League champions.

Jurgen Klopp‘s men faced a huge game at Stamford Bridge, with their title credentials set to be tested early in the campaign.

As it turned out, however, Liverpool’s win was never in doubt, especially when Andreas Christensen was sent-off for bringing down Mane shortly before half-time.

The Senegalese then scored twice in quickfire time early in the second half, and although Alisson had to save a Jorginho penalty, the win rarely felt in doubt.

It’s two victories out of two for the Reds, as their title defence begins in style.

Here we compare our player ratings with those from the Liverpool Echo, Squawka, Sky Sports, FotMob and the Independent. 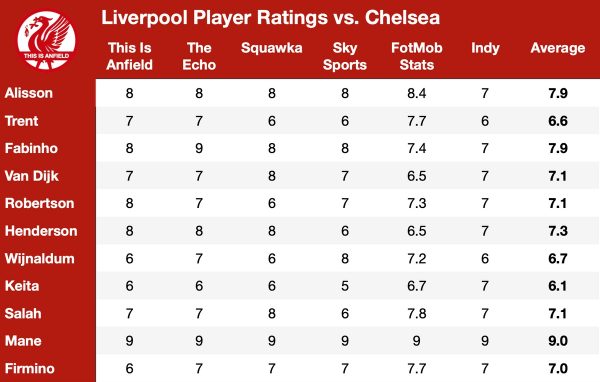 It was no surprise to see Mane (9.0) scoop the highest average rating, on a day when he again showed how priceless he is.

The 28-year-old’s goals summed him up to perfection, whether it be the ruthless nature of his header or the tenacity he showed in intercepting Kepa Arrizabalaga’s pass.

TIA’s Henry Jackson awarded Mane the Man of the Match award, describing him as “relentless” and saying Chelsea right-back Rhys James’ “head must be spinning.”

Meanwhile, Karl Matchett of the Independent thought Mane’s movement caused the Blues a “real issue,” highlighted by his involvement in Christensen’s sending off.

Fabinho (7.9) was joint-second in the standings, following an excellent performance in a relatively unfamiliar centre-back role.

The Echo‘s Ian Doyle picked out the Brazilian’s “sound positional sense” as a key reason for his success in defence, allowing him to keep Timo Werner “subdued.”

Alisson (7.9) accompanied Fabinho in the ratings, thanks mainly to his penalty save, allowing him to keep his first clean sheet of the season, and the first since the win over Aston Villa in early July.

Sky Sports praised his “diligence” and level of focus in making the stop, having almost been a spectator for most of proceedings.

Naby Keita (6.1) earned the lowest average, but Matchett still felt he was “industrious” and his performance was a long way from poor.

Liverpool have League Cup action to look forward to next, with Klopp’s men making the trip to Lincoln City for a third round clash on Thursday.