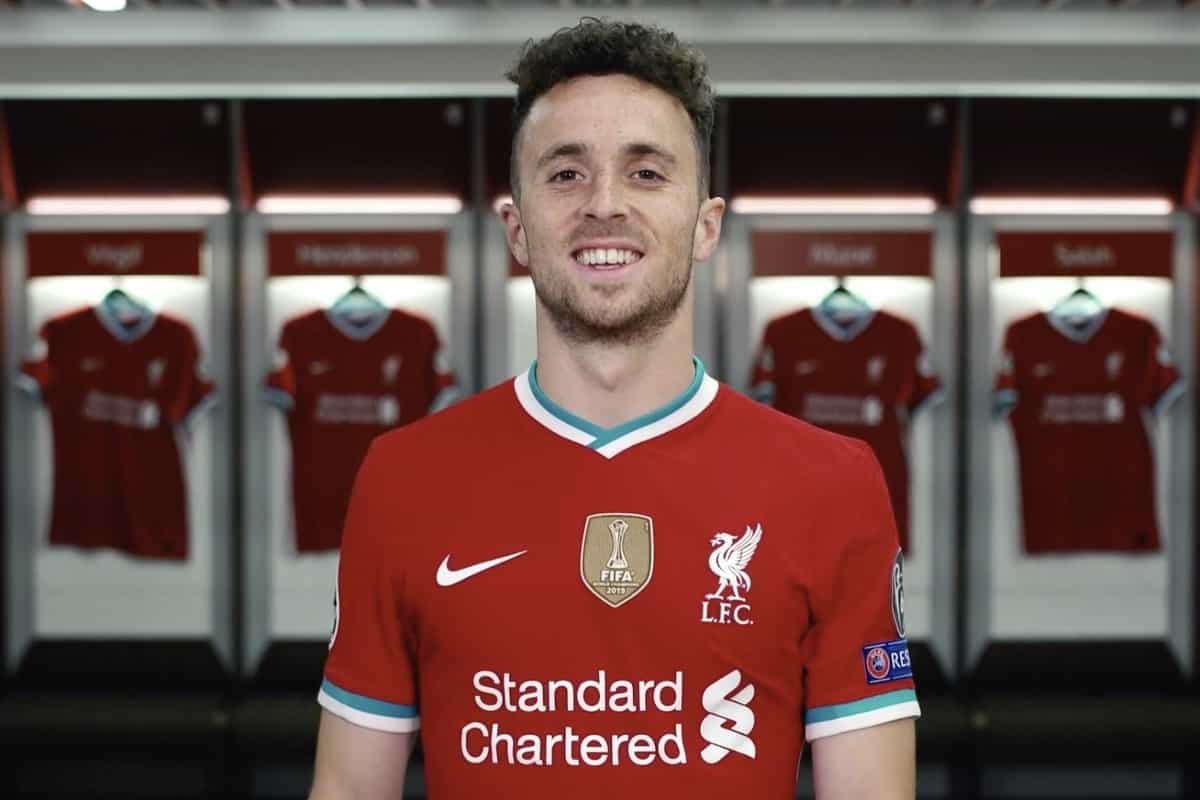 Diogo Jota is officially a Red after Liverpool landed the Portuguese attacker from Wolves, for a reported fee of £45 million.

After moving slowly in the transfer window in response to the financial implications of the pandemic, Liverpool have now made up for lost time with two senior signings in 24 hours.

On Friday, as Thiago was announced as the club’s new No. 6, links to Jota arose and within hours it progressed to a deal being close.

An attacking option swiftly became a priority after they secured the Spaniard, with Watford‘s Ismaila Sarr touted before interest in Jota was made public on Friday, with the player signing a five-year deal at Anfield.

Jota will wear the No. 20 shirt, vacated upon Adam Lallana‘s departure earlier this summer.

The versatile attacker plays predominantly on the left of a front three but can operate as a forward or attacking midfielder, providing the Reds the attacking depth they were looking for ahead of a congested season.

At 23 years of age, the Portuguese attacker ticks a number of boxes and proved a more cost-effective option than Sarr and has a lot of similarities with the deal for Sadio Mane from Southampton four years ago.

Jurgen Klopp‘s admiration of the player and his work-rate has seen him become the third signing of the summer, following on from Kostas Tsimikas and Thiago.

He made his debut for Portugal late last year and has since made a further three appearances for his country, and in 2019/20, Jota scored 16 goals and set up a further six across 48 appearances and he leaves Wolves after three years and a total of 131 outings.

Assistant coach Pepojn Lijnders is also said to have played a key role in acquiring the player, receiving glowing appraisals about the player’s character off the pitch, which Liverpool place a high value on in order to ensure a closely-knit squad.

The deal is reported to be worth £45 million – £41 million guaranteed and £4 million in potential add ons – and while “not linked” to the transfer, Ki-Jana Hoever is to go the other direction in a deal which could amount to £13.5 million, including add-ons and a 15 percent sell-on clause.

Jota could be in line to make his debut for the Reds against Lincoln City in the League Cup on Thursday evening.