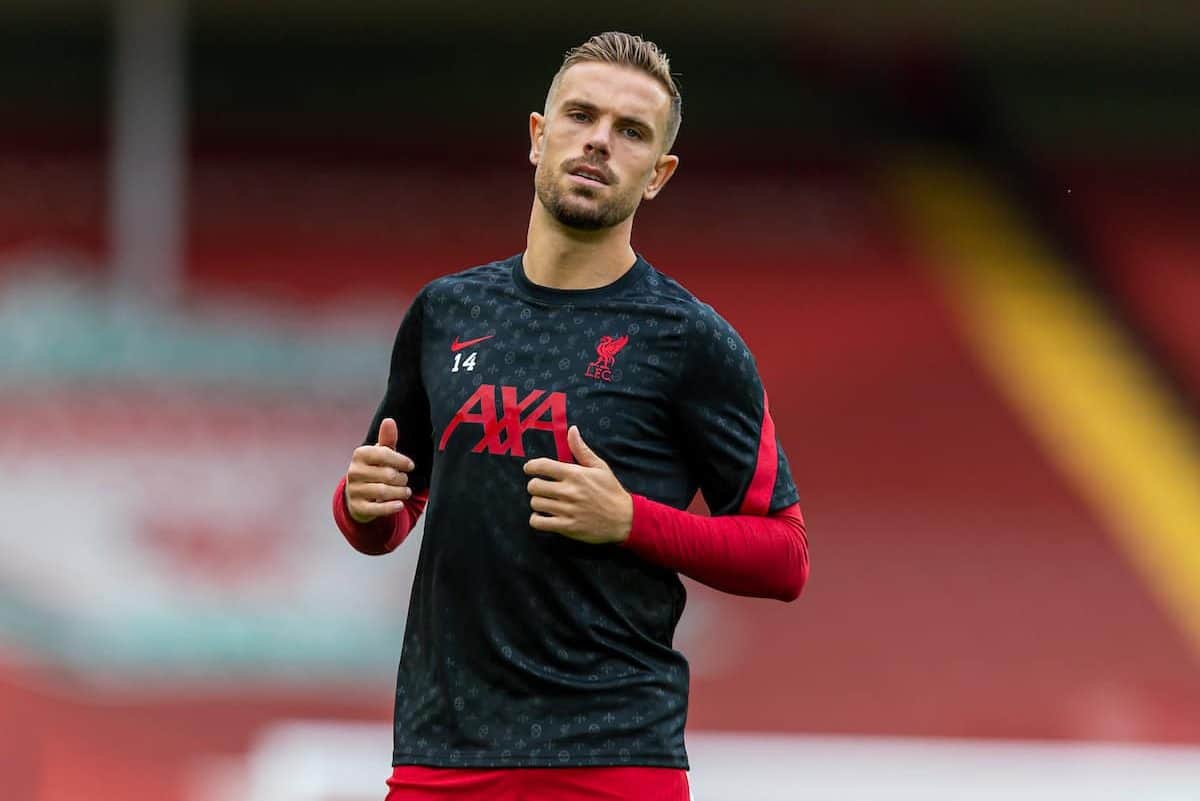 Jurgen Klopp has named Jordan Henderson in his starting side as Liverpool kick off their Premier League campaign at home to newly promoted Leeds this evening.

The Reds are kicking off their title defence, or the attack on the next, at home, but tonight’s game will again be played behind closed doors.

Ahead of the game, Leeds manager Marcelo Bielsa, not inaccurately, claimed that “Anfield is only Anfield when it is full,” but Klopp will be eager for his side to prove that is not the case.

Today is, arguably, one of Liverpool’s first meaningful games since the title was won back in June, and as such a renewed impetus should be expected.

Klopp’s desire to win is reflected in his starting lineup, with Alisson between the sticks and Trent Alexander-Arnold, Joe Gomez, Virgil van Dijk and Andy Robertson ahead of the Brazilian.

With the manager looking to start with a 4-3-3 formation, Mohamed Salah, Sadio Mane and Roberto Firmino line up in attack.

This season will see the Premier League revert to 18-man matchday squads with only three substitutions permitted per game, which restricts opportunities for Klopp’s youngsters and squad players.

But the likes of Curtis Jones and Takumi Minamino will be hoping to make an impact from the bench if needed. 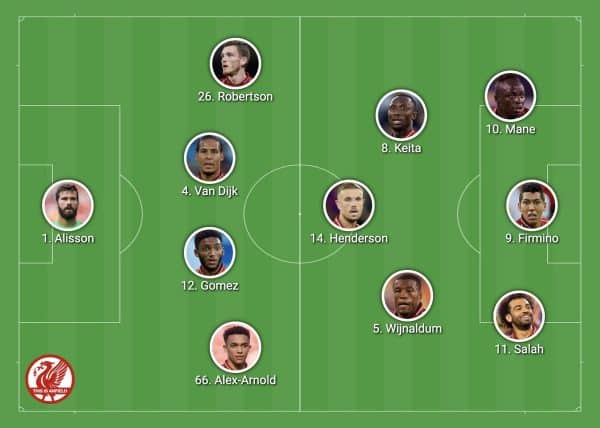