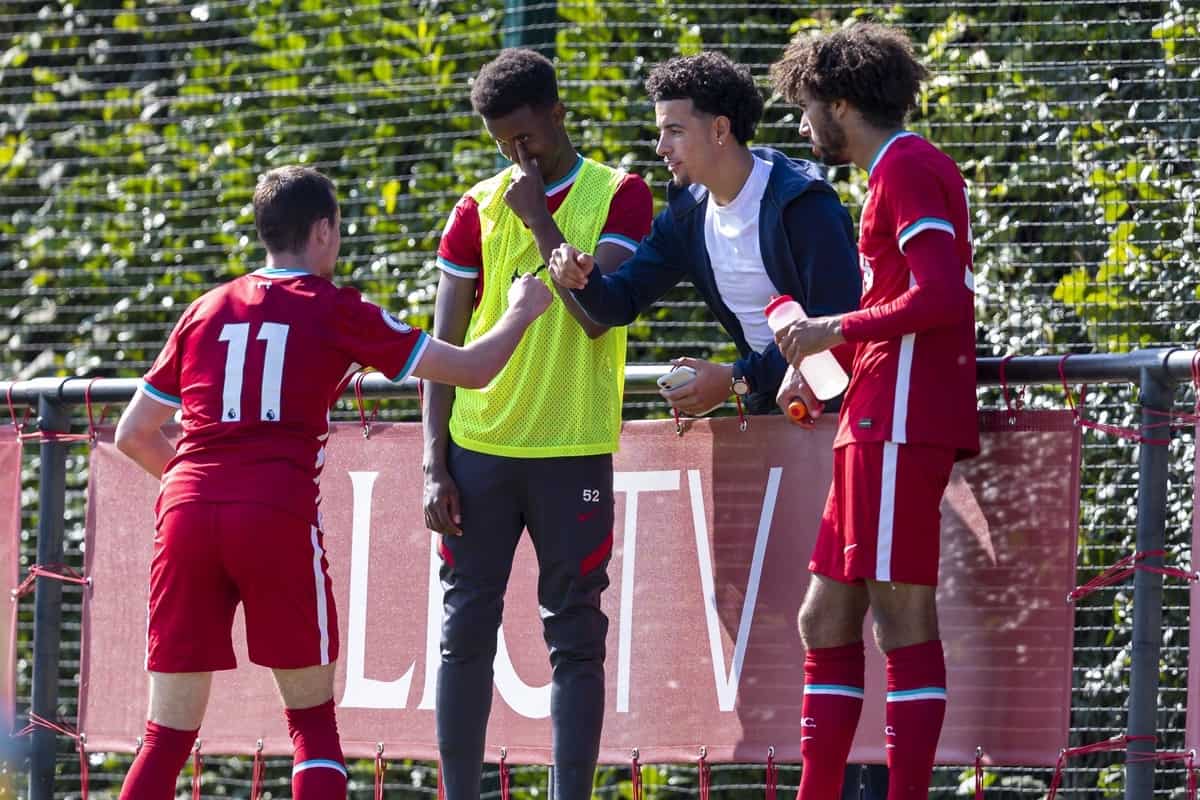 Curtis Jones was back at Kirkby on Sunday, watching his former Liverpool under-23s team-mates kick off the Premier League 2 season with a 1-0 win over Everton.

Last term was a breakthrough campaign for Jones, who served as captain of the U23s but also stepped up to the first team, making 12 appearances over three competitions.

This time around, he is a permanent option for Jurgen Klopp, and came off the bench in Saturday’s dramatic 4-3 win over Leeds, ahead of the likes of James Milner and Takumi Minamino.

A day later, and he was back at the academy, watching on as Jake Cain scored the winner in the first minute as the U23s edged the Merseyside derby.

He stood alongside physiotherapist Tony Jones on the touchline, sharing jokes with new boss Barry Lewtas and speaking to his old team-mates Abdi Sharif, Remi Savage and Liam Millar.

It came on the 19-year-old’s day off, and showed his enthusiasm for the club and his desire to support those he has played alongside through the age groups.

Jones has already captained Liverpool at senior level, becoming the youngest player to wear the armband for the Reds when he led a youthful side out for the 1-0 win over Shrewsbury in the FA Cup in February.

But his long-term aim will be to serve as captain on a full-time basis, and along with Trent Alexander-Arnold he is a prime candidate to take over from Jordan Henderson in the future. 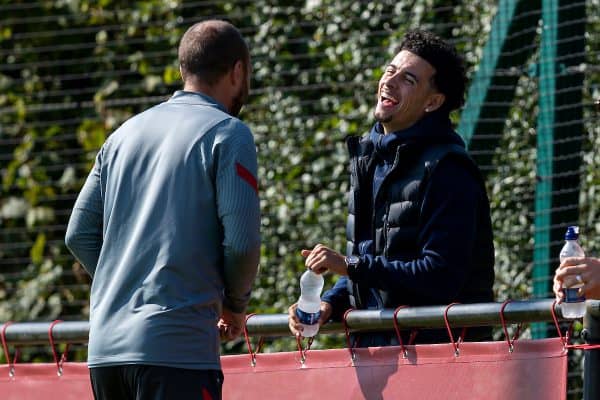 There are clear signs of leadership that have developed in Jones’ approach over the past year, and this was evident as he cheered the U23s on as they began their Premier League 2 campaign.

He is not the first to do so, of course, but he follows the likes of Conor Coady and Harry Wilson as the bond between Liverpool’s academy ranks blossoms over the years.

The teenager was not the only first-team representative at Kirkby on Sunday, with assistant goalkeeping coach Jack Robinson in attendance as he watched a man-of-the-match display from Caoimhin Kelleher.

Kelleher was a match for everything Everton threw at him in the derby, keeping Liverpool in the game and ensuring Cain’s opener was enough to clinch the three points.

These visits will become significantly easier once the first team moves into the redeveloped Kirkby training facility, though no decision has been made yet upon when Klopp and his squad will relocate from Melwood.

For now, though, the gesture Jones made in applauding the U23s on their way to victory was a symbol of the captain’s quality he is nurturing as a young player.