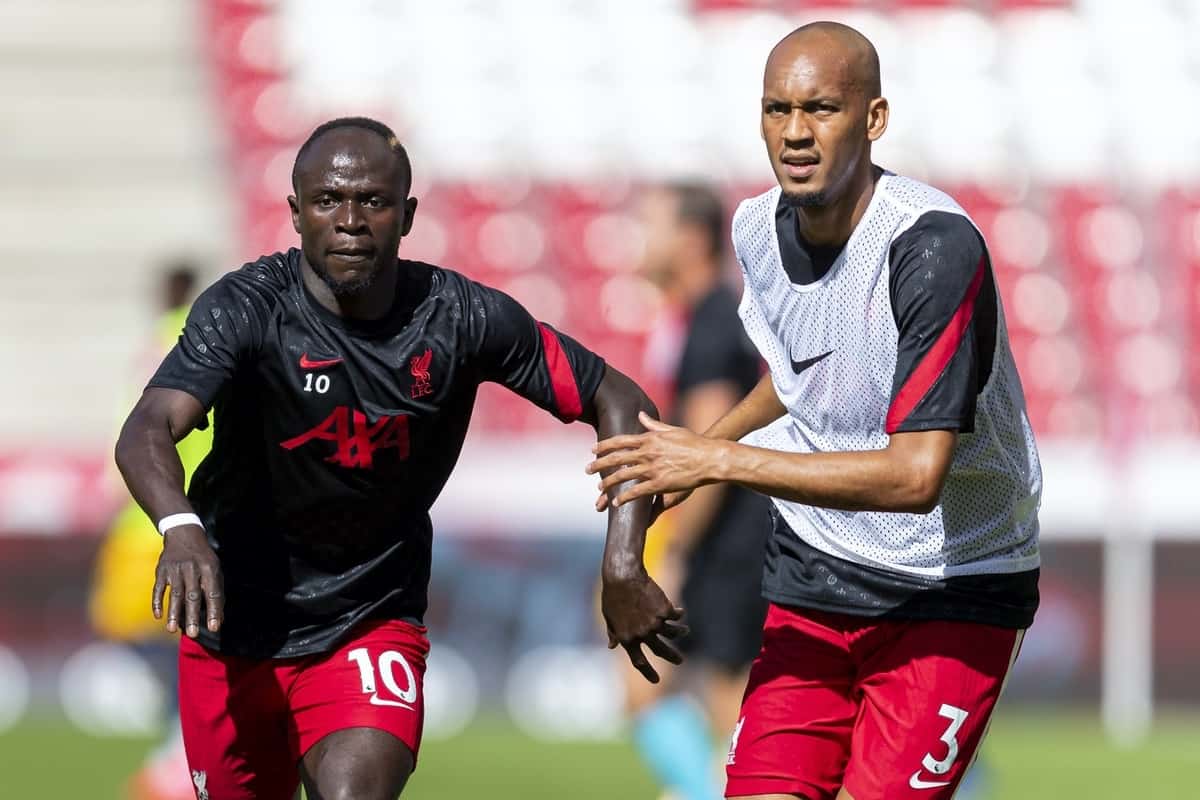 Liverpool’s plan to not sign a replacement for Dejan Lovren will see Fabinho considered as “emergency cover,” in a decision that could backfire given fitness issues at the back.

Academy youngster Billy Koumetio has stepped up during pre-season, while Sepp van den Berg and Ki-Jana Hoever are also available, though Nat Phillips is expected to leave in the coming weeks.

However, the fact remains that Liverpool are effectively down a centre-back, and with Matip suffering from regular injury problems the situation is more glaring.

But with the club taking a muted approach to the transfer market as they weigh up the financial impact of coronavirus, there appears no plan to bring in another option.

That is according to the Liverpool Echo‘s Paul Gorst, who claims that the Reds are “planning for the season with their current centre-back options and Fabinho as emergency cover.”

Fabinho has filled in at the back at times since his £39 million move from Monaco in 2018, but is already positioned as a first-choice starter in his natural role at the base of the midfield.

Given the club are expected to ‘sell to buy’ with regards a possible move for Bayern Munich midfielder Thiago Alcantara, they are effectively leaving themselves light if Fabinho does move into defence for an extended period.

Gorst does add, covering all bases, that “this is seen inside the club as a unique window and things can change quickly,” and with just under a month to go until deadline day, there is still plenty of room for manoeuvre.

But the situation could put a lot of pressure on Fabinho and Koumetio to step in, with Liverpool facing, in Klopp’s words, “one of the most intense [seasons] we have ever experienced in our lives.”

Matip was only deemed fit enough to play 13 times last season, and while Gomez was only unavailable for one game and should not be considered injury prone, his unfortunate injuries in recent years have highlighted the need for depth.

Liverpool have been very lucky in that Van Dijk has never been sidelined for an extended period, and any lengthy absence for the Dutchman could be disastrous.

It is an unpredictable market, and hopefully things change swiftly for the Reds in the weeks ahead, but for now, it seems as though they will move into 2020/21 with one less senior centre-back.