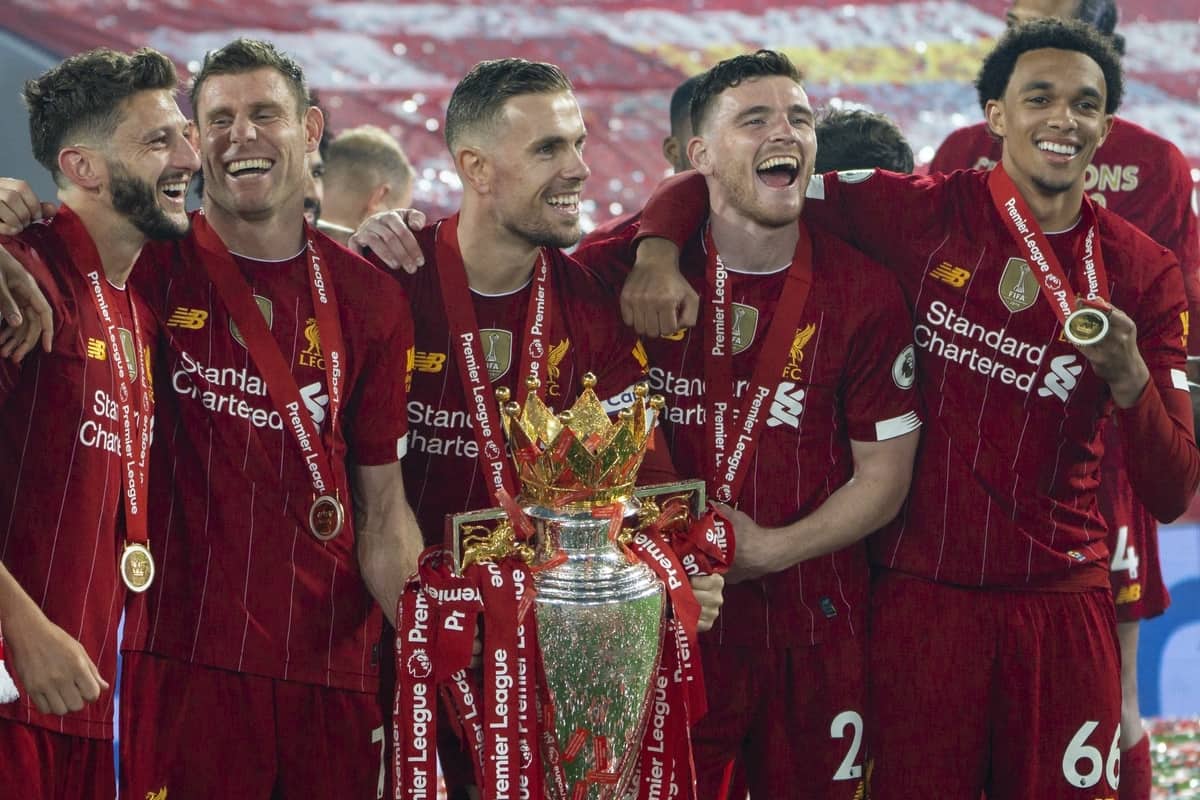 Jordan Henderson is among four Liverpool players to be nominated for the PFA Player of the Year award, with Man City taking the other two spots from a six-man shortlist.

The Reds won the Premier League at a canter last season, finishing 18 points above City to clinch their first league title since 1990.

Many of Jurgen Klopp‘s players stood out, but Henderson has been widely lauded for his leadership on and off the pitch, and has already won a number of end-of-season honours, including the FWA Footballer of the Year.

He is considered a front-runner for the PFA Players’ Player of the Year, but faces competition from three team-mates in Trent Alexander-Arnold, Virgil van Dijk and Sadio Mane.

City’s Kevin De Bruyne and Raheem Sterling are also up the prize, which is voted for by players across the Premier League.

The winner of the award, which has strangely been delayed until the eve of the new campaign, will be announced at 7pm on Tuesday, September 8.

Alexander-Arnold is also up for the PFA Young Player of the Year award, and is up against Tammy Abraham, Mason Mount (both Chelsea), Bukayo Saka (Arsenal), Mason Greenwood and Marcus Rashford (both Man United).

The right-back has already won the same distinction in the Premier League‘s own awards, but he, Mane and Henderson lost out to De Bruyne in their Player of the Year running.

Mane was named PFA Fans’ Player of the Year in August, while Jurgen Klopp was given Premier League Manager of the Year for leading Liverpool back to the top of English football.