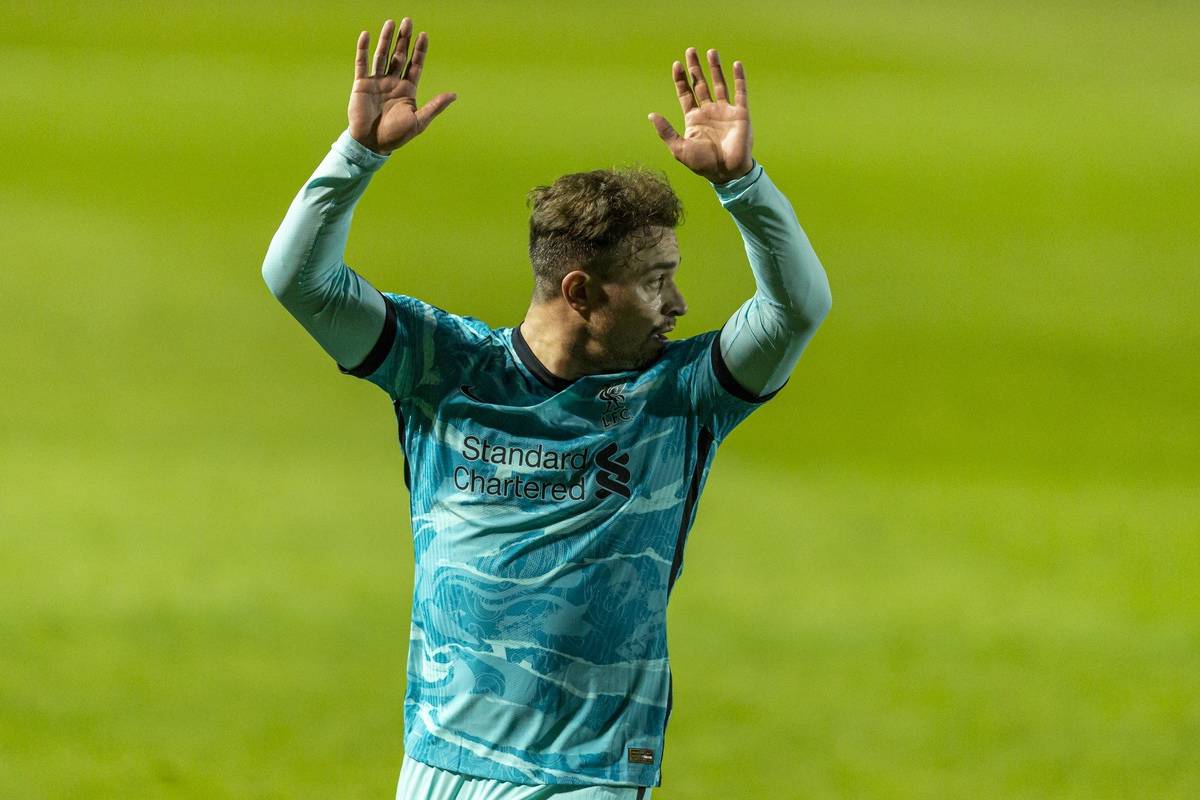 Jurgen Klopp highlighted Xherdan Shaqiri‘s “super game” as one of the standouts as Liverpool thrashed Lincoln 7-2, but did not sound convincing on his future.

Shaqiri has been tipped to leave Liverpool before the end of the transfer window, but with no interest arising at this stage, the Swiss started in the League Cup.

He took his place in an unlikely role in midfield, joining Curtis Jones as one of the more advanced of the trio as Marko Grujic sat in the deeper position as No. 6.

It was Shaqiri’s first start since the Club World Cup last December, and it took him just nine minutes to find the back of the net with a stunning free-kick to kick off the scoring in a 7-2 rout.

Speaking in his post-match press conference, Klopp was asked for his impression on the display, and what it could mean for the No. 23 moving forward.

However, the manager would not be pressed on any guarantees over Shaqiri’s future, simply saying “we will see.”

“First of all, it was a super game,” he told reporters.

“Super game from Shaq in a quite, I’m not sure unfamiliar, but a [different] position, slightly deeper in midfield. He did it really, really well.

“[Taking him off] was my fault, I thought he was afraid! He’s completely fine, he twisted his ankle but got absolutely nothing.

“He touched it twice, I thought it was his calf, but it’s nothing. He’s top fit. I think it was good to take him off then anyway. 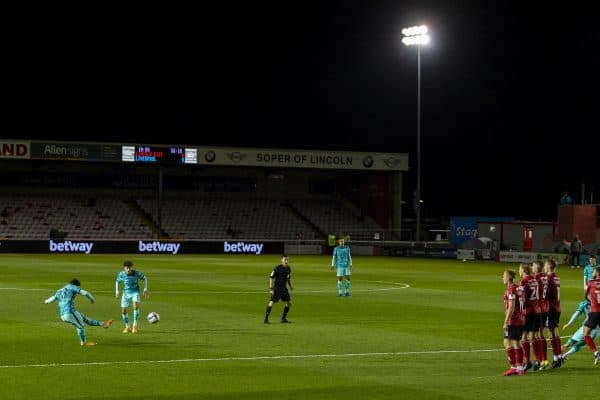 “Really, really good game, the set-pieces were outstanding and especially the free-kick he scored, what a goal that was!

“There’s no doubt about Shaq’s quality, there never was, and in the moment everything looks really good. Really promising, then we will see.”

It would be no surprise to see Shaqiri move on, given the competition for places in attack has increased this summer, and even if he does transition into midfield, he would find a number of players already vying for starts.

But it can certainly be argued that he remains a useful option, as he proved at Sincil Bank, and this will particularly be the case in such a busy season as 2020/21.

Perhaps Liverpool could hold onto the winger until the January transfer window at least, before reassessing his future in the winter, when their fortunes in the two domestic cups should become clearer.