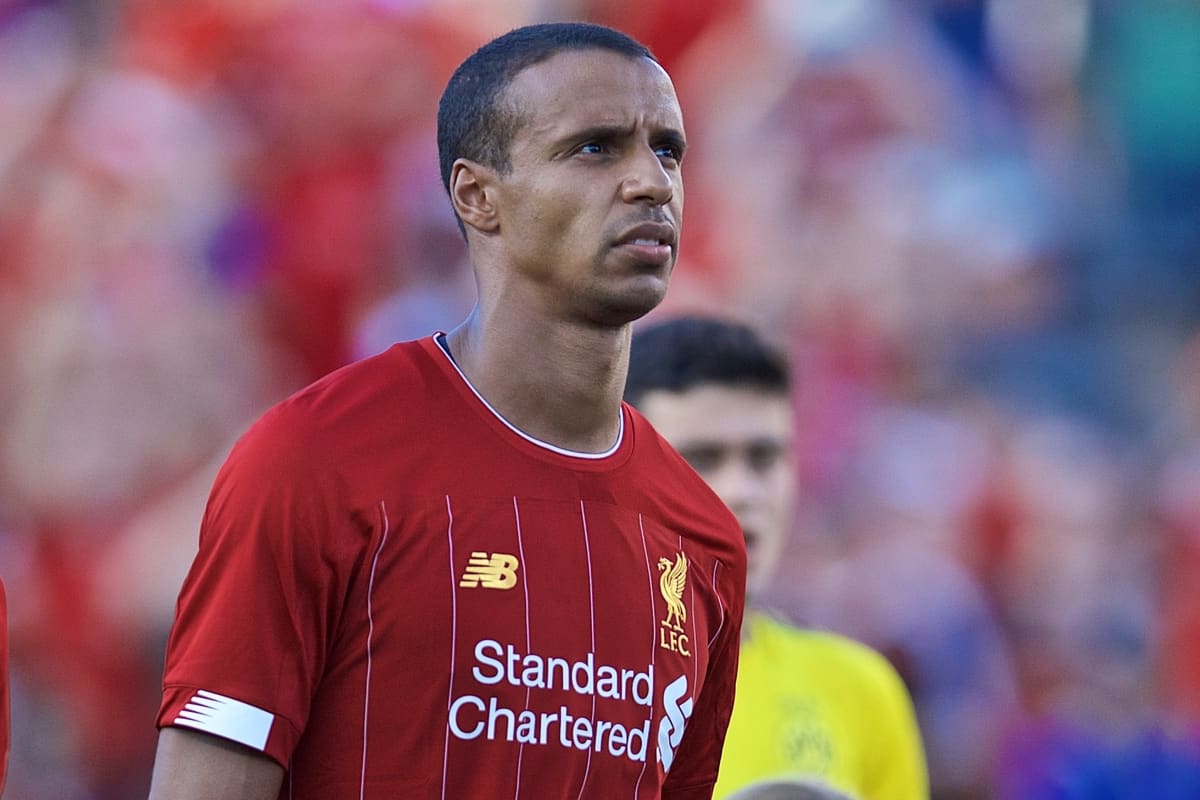 Jurgen Klopp has revealed that Joel Matip is not likely to return from his latest injury until after the October international break, ruling the defender out for a month.

Matip was absent for Liverpool’s 2-0 win over Chelsea on Sunday, with Fabinho filling in excellently at centre-back due to Joe Gomez and Billy Koumetio also missing out.

It is a familiar situation for the Cameroonian, who has struggled to avoid these setbacks for much of his four years with the Reds so far—particularly last season, when he managed just 13 appearances.

This latest blow highlights the precarious situation for Liverpool at centre-back, and raises the question of whether another signing if required.

Perhaps timely, then, is the fact that Matip will not recover until after the transfer window closes, with Klopp not expecting his No. 32 to be available again until the Merseyside derby on October 17 at the earliest.

Fortunately, Gomez’s problem is not so severe, and the 23-year-old could be back in the side for Thursday night’s League Cup tie at Lincoln.

“Joe actually should be fine, it was not a big one, but we have to see. He should be fine tomorrow already, or Tuesday,” Klopp told LFCTV.

“With Joel, it could be slightly different. It’s not the worst thing in the world, but a few weeks, a couple of weeks, probably after the international break he will be ready again.

“Luckily we have Fabinho, and he played an exceptional game, so that was really, really nice.”

Matip would have been expected to provide experience at the back against Lincoln if fit, but now Klopp could turn to Gomez as his senior centre-back, perhaps alongside Koumetio.

Nat Phillips and Sepp van den Berg remain options—though neither were even considered for the bench at Chelsea—with the manager not likely to risk either Fabinho or Virgil van Dijk.

It could prove that Klopp’s projected return date for Matip proves hopeful, as though an optimistic approach is preferred, the defender’s track record over the past year has not been encouraging.

When fit, Matip is one of the best centre-backs in the Premier League, and it is this fact that prompted Liverpool to hand him a new five-year contract 11 months ago.

That ensures that Klopp is not set to give up on the former Schalke man any time soon, but it is a growing concern that Matip is injured more than he is available.