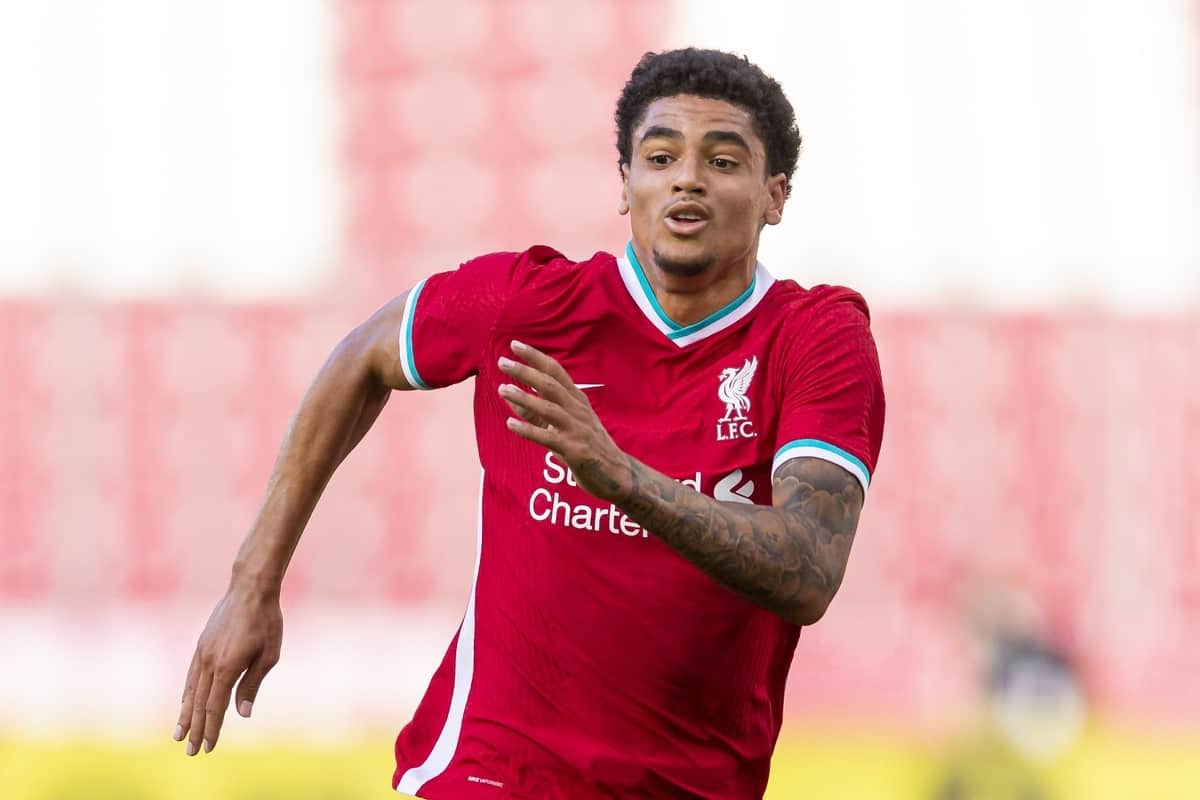 Ki-Jana Hoever has completed a move to Wolves that is worth an initial £9 million, just two years on from joining Liverpool from Ajax for a ridiculously low fee of £90,000.

When Hoever swapped Amsterdam for Merseyside in 2018, the compensation paid to Ajax already represented a real bargain for the Reds.

Though untested at senior level, the Dutchman was considered one of the finest young talents in Europe, and proved this in his first forays into life at Liverpool.

Excelling in the academy ranks, Hoever was given his first-team debut against Wolves in the FA Cup at the start of 2019, becoming, at the time, the third-youngest player to feature for the club.

Having made four appearances for the senior squad in total, the 18-year-old was expected to head out on loan this summer to gain crucial experience.

But Hoever has now joined Wolves on a permanent deal that could land Liverpool over £13.5 million, including various add-ons negotiated with the Premier League side.

It is a shock exit, but given the Reds have made a sizeable profit, it could prove a wise business decision, particularly given how tight the market is currently.

The inclusion of a 15 percent sell-on clause could provide the club with an even bigger boost if Hoever realises his potential.

Hoever’s pathway to the first team was blocked by Neco Williams, who is now cemented as backup to Trent Alexander-Arnold at right-back, while the player himself stressed that he was not physically ready to perform at centre-back.

At Wolves, he is expected to be given many opportunities in his natural role, with Matt Doherty having already left Molineux to join Tottenham this summer.

Writing on Instagram ahead of his exit, Hoever said it was an “honour” to represent Liverpool.

“Thank you to everyone at Liverpool who has helped to play a part in my progression over the past two years on and off the pitch,” he wrote.

“It’s been an honour to represent such a big club and be around top players and staff every day. I’ll never forget the memories I made here.”

The youngster is not set to be the last player to leave Anfield this summer, with the likes of Rhian Brewster, Harry Wilson, Marko Grujic and Loris Karius tipped to follow.

All the best, Ki-Jana!