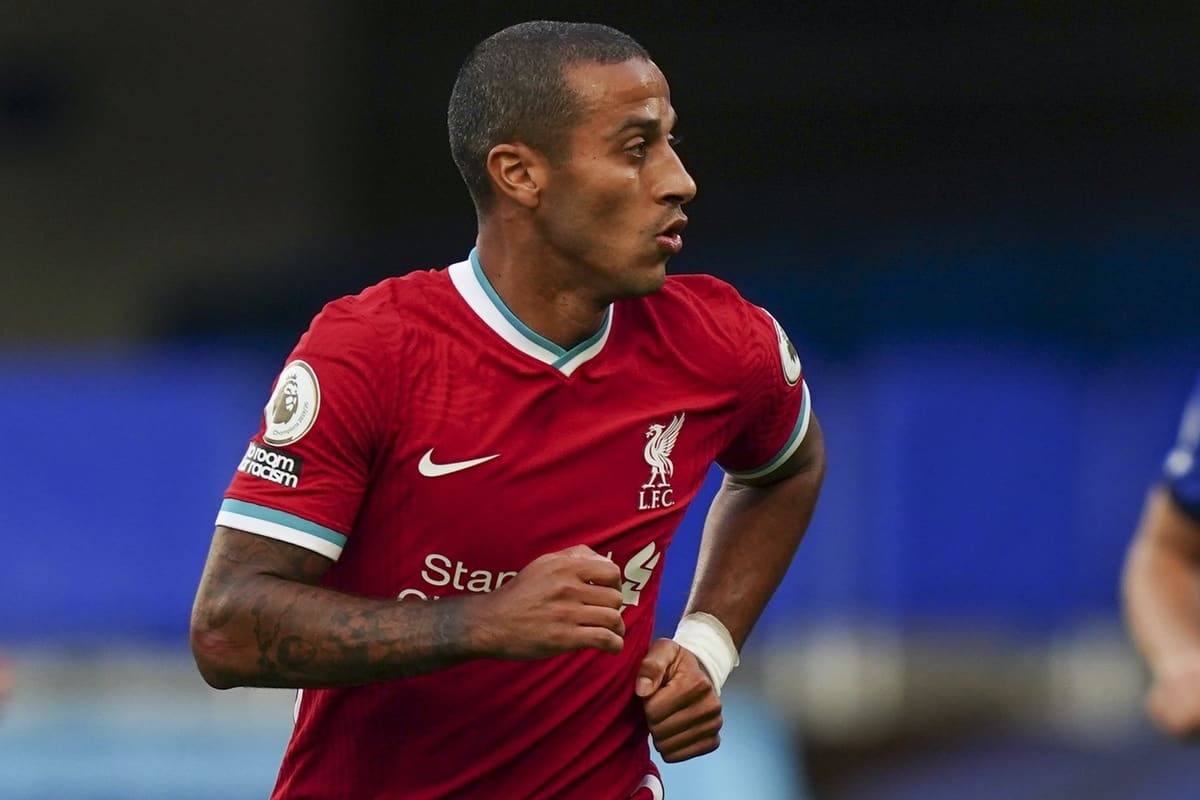 Jurgen Klopp has ruled Jordan Henderson out of Liverpool’s Premier League clash with Arsenal, but hinted at a start for Thiago and a return of two options at centre-back.

The Reds take on Arsenal on Monday night, in the first of two clashes with Mikel Arteta’s side in the space of four days, with the League Cup fourth round also to come at Anfield on Thursday.

Klopp made 10 changes for the third-round thrashing of Lincoln, and is expected to revert to his full-strength side for what is already the second meeting with the Gunners this season.

There is a big chance it could bring a full debut for Thiago, as though Klopp avoided any confirmation, he hinted the Spaniard could start by agreeing that he is “in contention.”

“We will see, we will see,” he told reporters at his pre-match press conference.

“We have a few days to train, some boys have to recover from last night, so we will see how we set up against Arsenal.

“I have an idea, but why should I make the decision today, when we have time until Monday?

Klopp did rule Henderson out for Monday, however, with the captain out with a thigh injury, but fortunately, both Joe Gomez and Billy Koumetio should be back to ease Liverpool’s centre-back concerns.

“I think Joe should be back in training today,” the manager said when asked about injuries.

“That’s what everybody told me, and nobody has told me something different since.

“Billy the kid is back in training; Joel not, pretty much. Hendo not yet, that was clear this game is for sure too early.”

Henderson and Joel Matip join Alex Oxlade-Chamberlain on the sidelines, but the return of Gomez, and to some extent Koumetio, gives Klopp more freedom in selecting his defence.

Fabinho has filled in at centre-back in both the 2-0 win at Chelsea last time out in the league and in the second half of the 7-2 victory at Lincoln on Thursday night, but is likely to return to the midfield if possible.

Gomez could, therefore, start back alongside Van Dijk if fit, with Koumetio and Rhys Williams options for the bench.