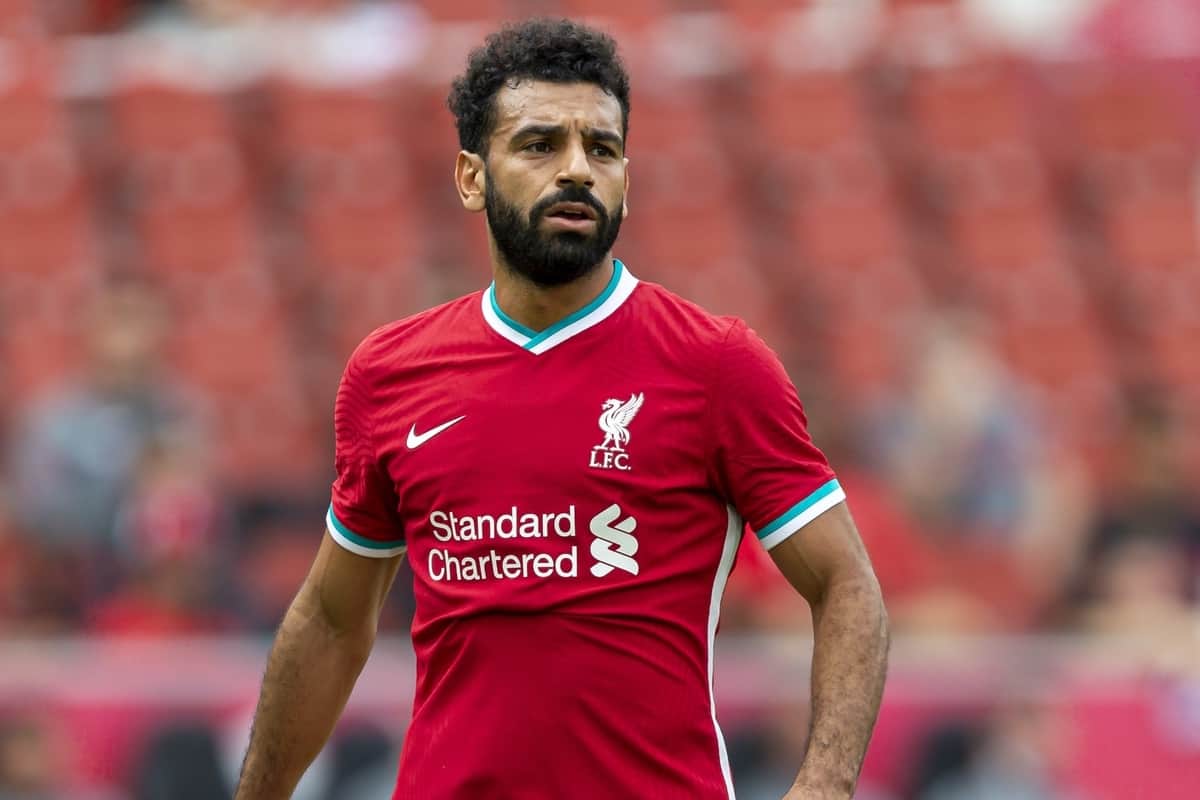 Liverpool take on Blackpool in their final friendly of pre-season at Anfield on Saturday, with Jurgen Klopp forced to field a decidedly top-heavy lineup due to absences.

The Reds announced that the conclusion to their preparations for 2020/21 will come against Neil Critchley‘s Tangerines, a week after technically starting the campaign in the Community Shield.

Coming up against League One opposition may not be the most functional warmup for a clash with Leeds on September, particularly after clashes with Stuttgart, Salzburg and Arsenal already, but it will be a chance for many to pick up sharpness.

Unfortunately, however, Klopp is without a host of players due to the current international break, with 11 first-team options away on duty, including the entirety of his first-choice defence.

This makes selecting a lineup for this friendly rather difficult, but it does give the manager a chance to experiment with a new system and cast a gaze over a number of squad options.

Here’s how Liverpool could line up against Blackpool.

Who will miss out and who is back? 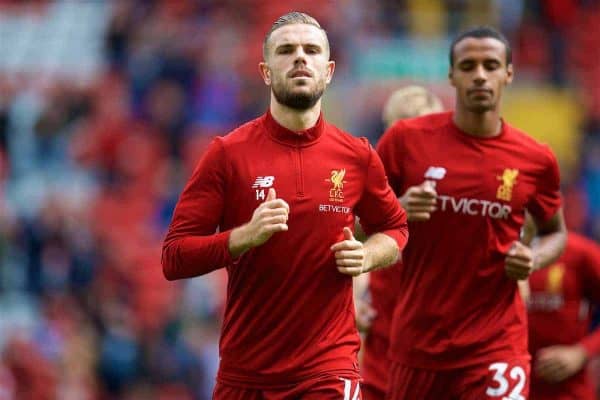 As mentioned, 11 first-team players are away on international duty, with Virgil van Dijk, Joe Gomez, Trent Alexander-Arnold and Andy Robertson among those unavailable.

However, Thursday brought a triple boost as Jordan Henderson, Joel Matip and Divock Origi all took part in full training, the latter appearing to have dropped out of the Belgium squad.

They are all now likely to feature against Blackpool, though there remains a question mark over Xherdan Shaqiri‘s availability and Alex Oxlade-Chamberlain is certainly out with a knee injury.

Fortunately for Klopp, the likes of Mohamed Salah, Sadio Mane, Roberto Firmino, Fabinho, Naby Keita and Alisson are all in training and ready for selection.

Given the proximity to their Premier League opener, it is highly likely Liverpool go as strong as possible from the start on Saturday.

If Henderson is deemed fit to start, that could see him join Fabinho and Keita in a familiar unit in the middle of the park, while Salah, Mane and Firmino can all take their places in attack.

More difficult, though, is the defence, as beyond Alisson there are no first-choice options available.

Like the captain, if Matip is ready he will likely be named in the starting lineup, and his experience could be useful alongside the current fourth choice, Billy Koumetio.

Koumetio has leapfrogged Nat Phillips and Sepp van den Berg in the pecking order, and this clash will be a worthwhile test of his capabilities.

Without both Alexander-Arnold and Williams, Ki-Jana Hoever is the obvious choice at right-back, while James Milner can take up duties as left-back, with Robertson and Tsimikas unavailable: 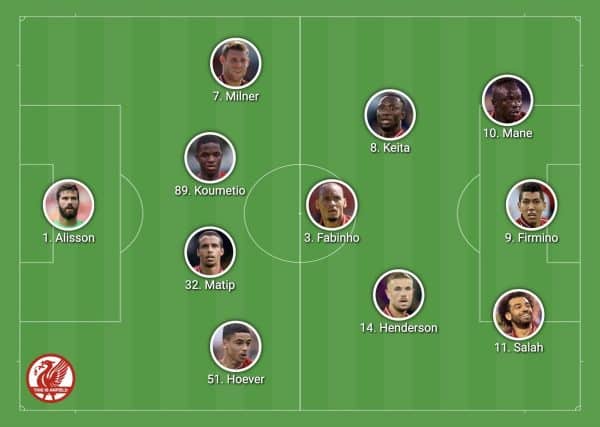 There is a chance, however, that Klopp opts for the 4-2-3-1 formation that caught the eye in the second half of the Community Shield, and this is more likely if Henderson is not fit to start.

Similarly, if Matip is only ready for a place on the bench, Phillips could come into the defence to partner Koumetio, with Hoever and Milner at full-back ahead of Alisson.

Without Henderson, Fabinho and Keita could partner each other in a two-man midfield, with Takumi Minamino coming in at the expense of the No. 14.

Minamino would start on the left, with Mane on the right and Firmino in the No. 10 role behind Salah, whose pace and predatory instinct makes him a devastating striker in this system: 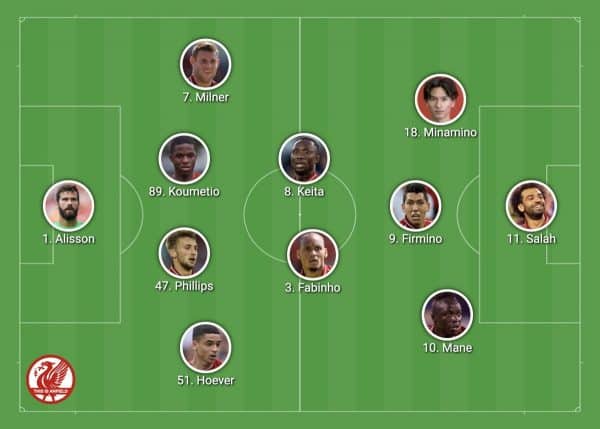 Given the lack of experience in defence, going hell for leather in attack may be the best option for this friendly, allowing Klopp’s side to finetune their patterns of play in the 4-2-3-1.

On the other hand, the manager may prefer more protection for his untested back line, especially as Koumetio is shaping up to be his new pet project at centre-back.

As a friendly, too, Klopp is expected to send on the likes of Van den Berg, Curtis Jones and Harvey Elliott at some stage, while a clutch of youngsters, perhaps Leighton Clarkson, Jake Cain and Paul Glatzel among them, may also be involved.

For a last-minute game against a side in League One, the narrative leading into this tie is particularly interesting, and however Liverpool line up, Saturday’s clash could be a hugely exciting one.