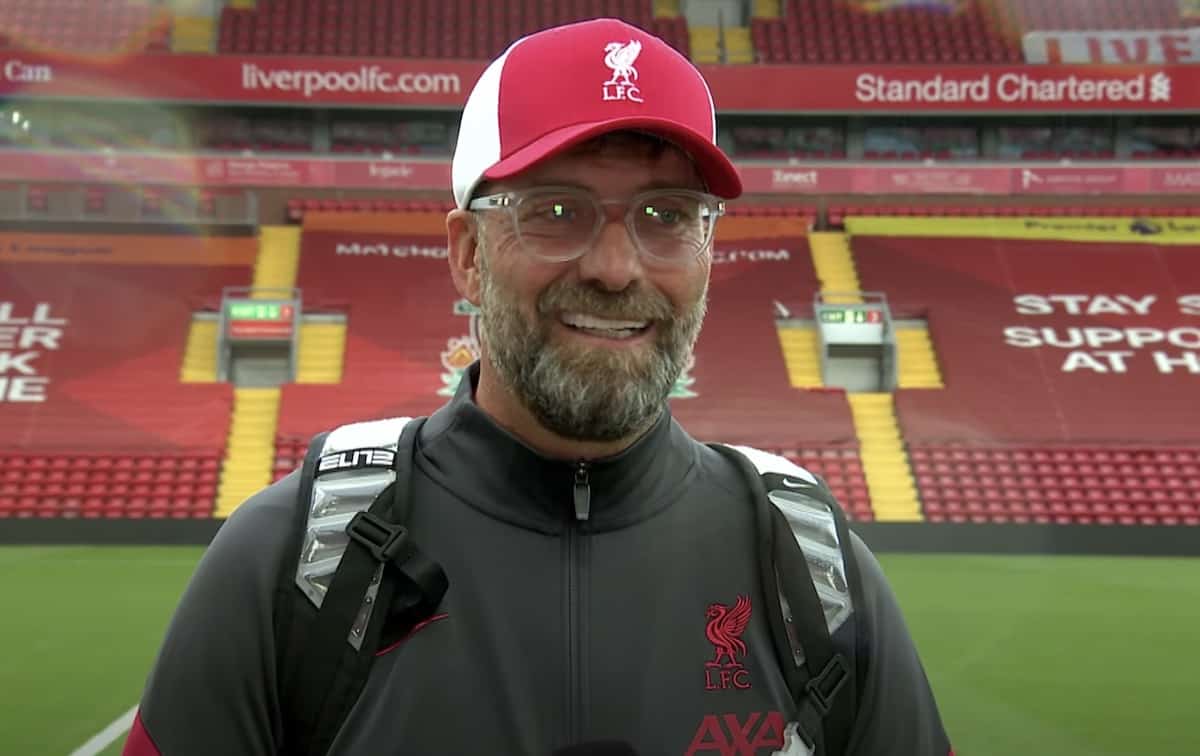 Liverpool roared back to score seven without reply in the final 50 minutes of Saturday’s friendly, but only after they’d conceded twice themselves against Blackpool.

That has become something of a theme in pre-season; the Reds conceded two early strikes against RB Salzburg in Austria and another to Pierre-Emerick Aubameyang and Arsenal at Wembley.

The Tangerines did the same at Anfield over the weekend, giving supporters a few moments to at least furrow the brow ahead of the new season, if not cause outright concern.

It’s not just the fact of conceding goals, but that they have mostly come from lapses in concentration and errors in possession, gifting chances to the opposition.

Those same issues have cropped up more than once in the Reds’ shortened pre-season and after the game Klopp acknowledged those now have to be cut out as the Premier League season starts.

“It was because of a lack of aggression from our side, a lack of desire a little bit for this game – that’s how it is, playing around,” he told the club site. 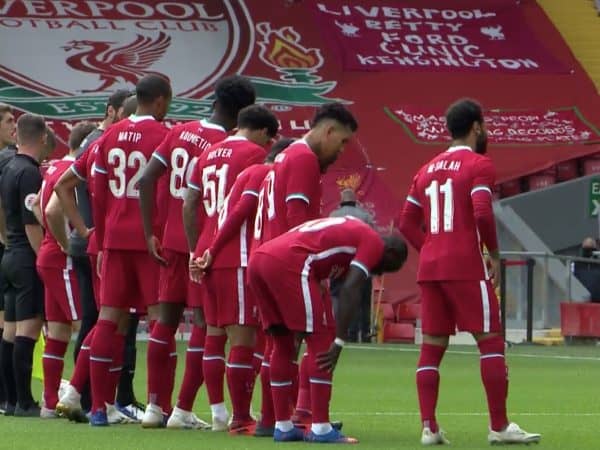 “The goals we conceded, yeah, that’s mistakes – it’s typical for pre-season games. But so far I think we conceded pretty much all the goals in similar situations; losing the ball in the build-up, then it’s a counter-attack, it’s a free chance pretty much.

“We know that and it’s clear we cannot do it like this. We have to improve that.

“But we have another week to get the legs fresher, again an intense week. We have to use the weeks, we cannot change that. I would love to have always fresh boys with super fresh legs in the games, but that only can work over the year when you do the hard work in the pre-season.”

The first of those goals came after young centre-back Billy Koumetio was dispossessed, allowing Blackpool to race through and score.

While Koumetio might have done better with his initial touch and the challenge which came his way, there were other parts of the move which weren’t great, including the pass over to him and the lack of cover in place around him.

Klopp therefore wasn’t pointing the finger at his teenage defender, and says it’s part of Koumetio’s learning curve—while also noting most of the rest of his performance was strong.

“We had some problems in the first half. [The opening goal] was a pressed ball against a very experienced player, who was stronger in that moment.

“Billy played super balls, super passes and was there. Our last line played [for the] first time together like this, it is completely fine, but we were just not high enough.

“There were many situations where I though it must be offside, but it wasn’t offside. For one reason at least, it was not offside because we were not really in line.

“All these things, little things to learn, but 17 years old, the whole life in front of him, which is really nice. [He is a] big talent and, as I said, he had a few really, really good situations, but in this press ball, it was not so nice.”

As it stands, Koumetio looks a likely fourth-choice for the Reds when the season starts, after Dejan Lovren‘s exit.

Whether that will translate in practice remains to be seen, as Nat Phillips could realistically be pushed onto the bench if needed for competitive matches.

There does, though, remain speculation over Phillips’ immediate future, and after Ben White signed a new contract with Brighton there have been few rumours about the Reds going after another central defender.

If that’s the case, there could be more senior games ahead where Koumetio is involved—and he’ll get the chance to show he has learned the lessons of this particular encounter.

In the meantime, against Leeds and beyond, Klopp will be hoping that the senior players who have made goal-costing errors get those mistakes out of their performances in double-quick time.