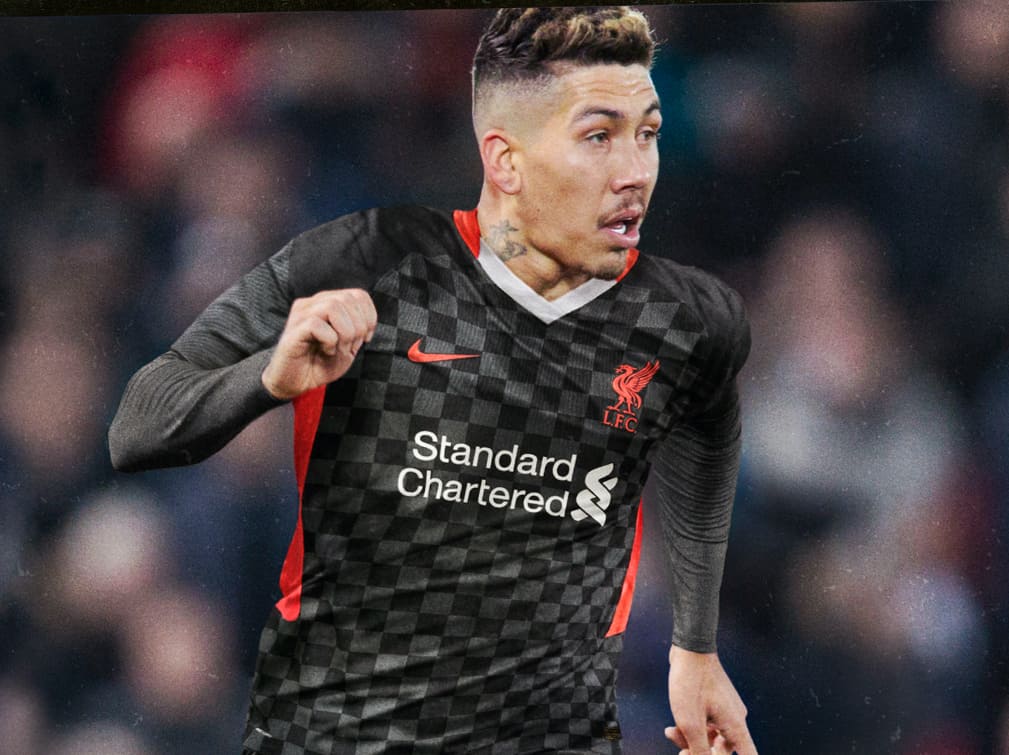 Liverpool have officially unveiled their third kit for the 2020/21 campaign, with the latest Nike offering a black-and-grey design with crimson red detailing.

The Reds are in their first season with a new manufacturer in Nike, and the American brand has so far proved divisive with their offerings.

Friday morning brought the unveiling of the third kit, which is a striking black-and-grey check design with crimson detailing for the Liverpool badge, Nike tick, collar and stripes down the sides.

The club have announced that the shirt is currently available for limited pre-order, and is inspired by European nights at Anfield and the flags on the Kop. 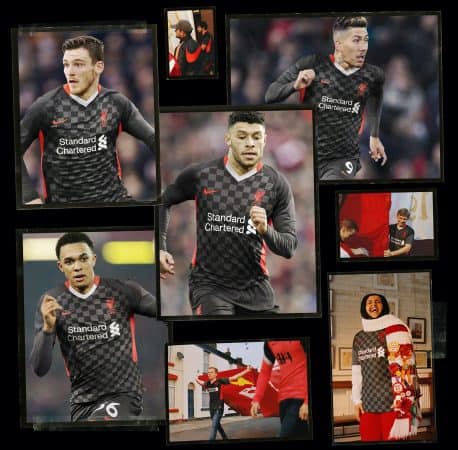 “The third kit’s design is heavily influenced by the array of chequered flags and banners that decorate the Kop for each home game in European competition,” they explain.

“[It is] a tradition heavily embedded in the club’s history and one which helps to create the unrivalled atmosphere on the Kop.”

Liverpool called on members of supporters’ group Spion Kop 1906 to model the shirt on its unveiling, with Nike keen to drawn upon the club’s rich heritage as they begin their association with Merseyside. 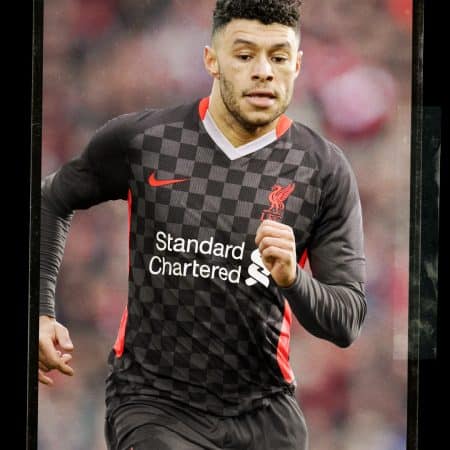 “It’s always special to pull on the Liverpool shirt, especially when we get to play in European competitions at home in front of our fans,” Alex Oxlade-Chamberlain said.

“There are no words to describe that feeling of walking out in front of our supporters on those special nights.

“This shirt is a great celebration of our club’s history and I can’t wait to wear it on the pitch.”

General sale for the new third kit will begin in-store and online on September 15, along with the Nike Air Max 95s designed to match the same style.

* You can pre-order the new third kit from the official Nike online store, here.