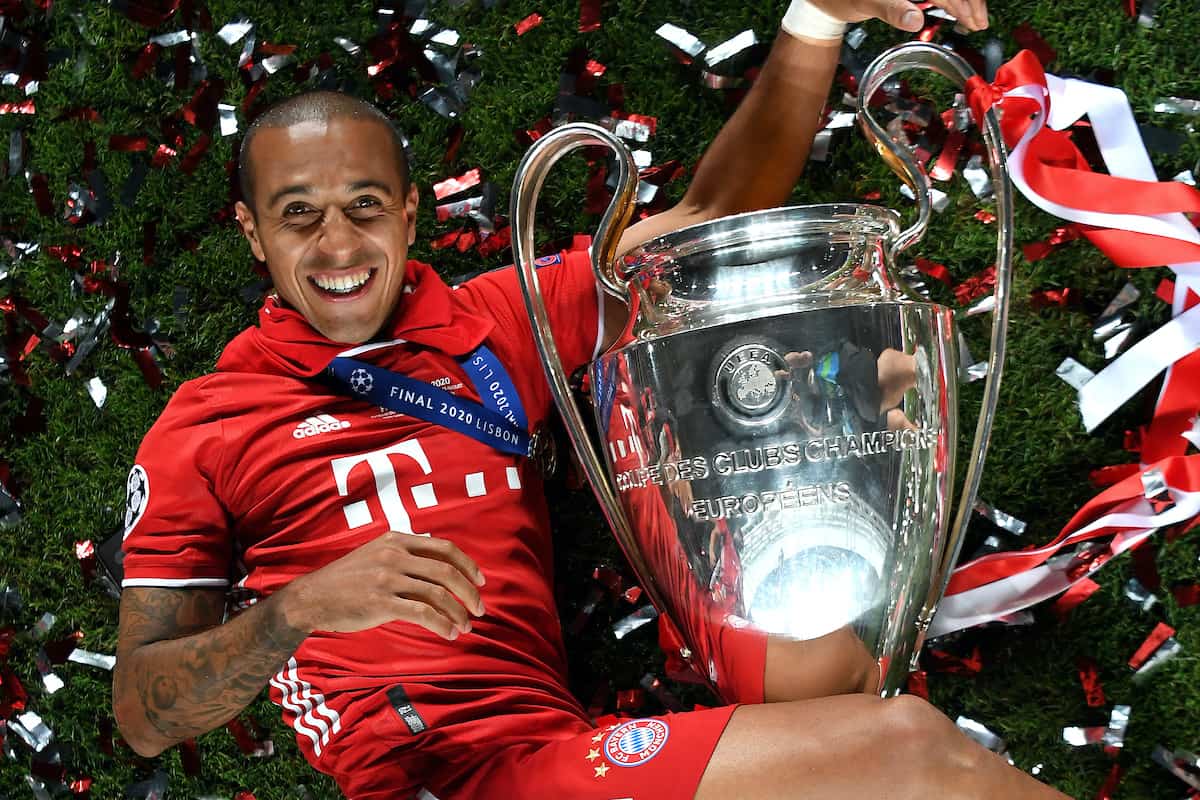 Liverpool are finally set to seal a £27 million deal for Bayern Munich midfielder Thiago Alcantara, with the Merseyside press confirming the news on Thursday.

The Reds have long been linked with a move for Thiago, who is in the final year of his contract at Bayern and has expressed his desire to leave in pursuit of a new challenge.

Earlier in the summer it was claimed that personal terms had already been agreed with the 29-year-old, but there had been no progress with regards to a deal with the Bundesliga champions.

It was claimed that Liverpool would first need to sell in order to bring Thiago to Anfield, with Gini Wijnaldum widely expected to be the player to move on.

But now, the Merseyside press have confirmed that the Reds are pushing ahead with a move regardless of any further sales.

The Athletic‘s Simon Hughes ran an exclusive reporting that a deal worth around £27 million was close, with this soon followed up by the Times‘ Paul Joyce and the Evening Standard‘s David Lynch, among others.

Lynch writes that the deal is “picking up pace,” with the Mail‘s Dom King describing this as the club’s “first move” for the Spain international.

The Independent‘s Melissa Reddy adds that “negotiations [are] progressing well,” with Goal’s Neil Jones writing that it “looks likely to happen.”

Speaking last week, Jurgen Klopp said: “I cannot end speculation as long as the transfer window is open, so that’s all I can really say about that.

“Did I mention that Thiago Alcantara is a really good player? [I did] long ago already!

“It’s nice that we are linked with him, but that’s pretty much all, really. It’s because he’s a good player, Liverpool’s a big club, so that’s nice.

“But apart from that, really nothing to say about that. And maybe good for you, I cannot end the speculation!”

Back in 2017, Klopp said that Naby Keita was tied with Thiago as the best player in the Bundesliga.

“He’s the player of the league, that’s how it is,” he said of Keita. “Last year together with Thiago Alcantara, who played outstanding for Bayern, he was the flier.”

Thiago would be the second first-team signing at Anfield this summer, following the £11.75 million arrival of Kostas Tsimikas, but will be significantly higher-profile.

A world-class midfielder, Thiago will command a first-choice role in Klopp’s starting lineup, and should cement them firmly as title favourites once again in the Premier League.