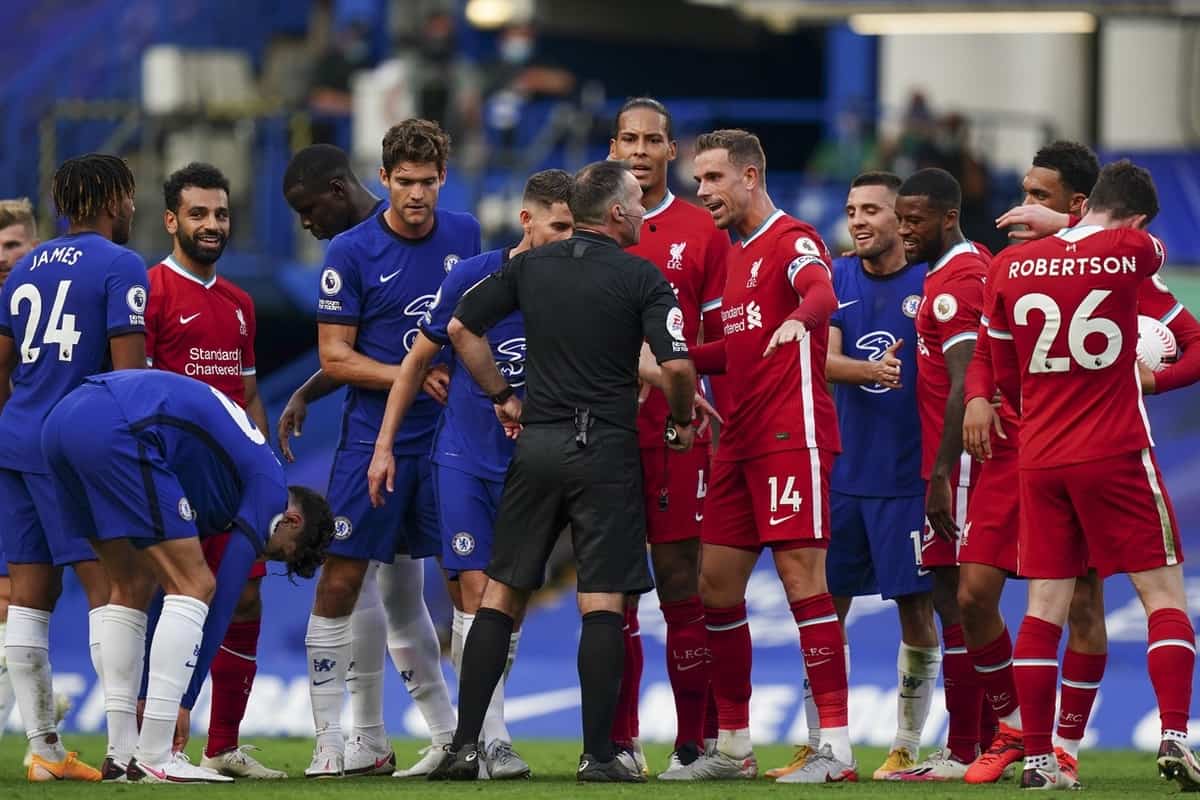 Premier League clubs have signed off on using a points-per-game system if the season is ended early by the coronavirus pandemic.

The plans for curtailment were agreed at the last shareholders’ meeting but were formally voted in on Tuesday, the PA news agency understands.

A threshold of how much of the season needs to be played has yet to be agreed.

The Premier League restarted last season in June after being forced to halt the campaign in March amid the coronavirus crisis.

There was no agreement for a financial bailout for EFL clubs, although there was little expectation the situation would be resolved.

The government’s decision to postpone the planned return of fans, which was due to happen on October 1, changed the financial outlook for top-flight clubs and while there were talks over what to do, nothing has been decided.

Meanwhile, the Premier League has paid for players and staff at the three English Football League clubs still involved in the Carabao Cup to be tested for coronavirus, the PA news agency understands.

League Two side Newport will host Newcastle in the fourth round on Wednesday and Exiles boss Michael Flynn revealed ahead of the game they were waiting to discover the results of their tests for COVID-19.

“The testing has been covered by the Premier League,” Flynn said. “We’ve all been tested and the results will be back this morning.”

It is understood the league’s organising body has also paid for Brentford and Stoke to test their players and staff this week, with testing mandatory at this stage of the Carabao Cup.

The Bees host Fulham on Thursday in a repeat of the Championship play-off final, while the Potters travel to Aston Villa on the same night.

Hong Kong-based company Prenetics is in charge of the testing programme carried out on all players and staff at Premier League clubs on a weekly basis and will handle the tests of Newport, Brentford and Stoke in a slight extension to the usual round of tests for the 20 top-flight sides.

On Monday, it was revealed there were 10 positive coronavirus results in the latest round of Premier League testing, with Liverpool midfielder Thiago Alcantara and West Ham boss David Moyes and players Issa Diop and Josh Cullen among that number.

Leyton Orient’s Carabao Cup third-round tie with Tottenham, scheduled for last Tuesday, was called off after the League Two club had an outbreak of cases.

Spurs were eventually awarded a bye but the incident has resulted in action, with EFL clubs not obliged to conduct mandatory tests on their players and staff for COVID-19 on a weekly basis, unlike the Premier League.

Tottenham paid for Orient to test their players and squad before the clash at the Breyer Group Stadium, but following discussions between the EFL and Premier League since that match was cancelled, protocols for the Carabao Cup have been aligned with the top flight.

It is mandatory for the clubs still in the competition to test their players and staff for coronavirus and should Newport, Brentford or Stoke get through to their next round, they will undergo another round of testing.

That will not take place until later this year though, with the Carabao Cup – after three consecutive rounds of midweek ties in September – not set to resume until the week commencing December 21.