Three Premier League clubs are reported to have contacted Liverpool over a possible deal for Harry Wilson, who will either be sold or stay as a squad option at Anfield.

Wilson took in a mixed loan spell with Bournemouth last season, finishing as the Cherries’ second-top goalscorer but rarely playing the full 90 minutes as they suffered relegation.

It was designed as the 23-year-old’s breakthrough move, and a test of his capabilities at the highest stage, before a final decision could be made over his future at Liverpool.

Having missed the Reds’ pre-season training camp in Austria, and every pre-season friendly including Saturday’s upcoming clash with Blackpool as he is on international duty with Wales, Wilson is in a difficult situation.

All indications are the club would sell him if the right offer is presented, and the Liverpool Echo‘s Paul Gorst reports that Newcastle, Leeds and Southampton have all registered their interest.

But with Liverpool’s valuation at around £20 million, it remains to be seen if any of those clubs will meet this price tag.

If not, he would stay as a squad player, with Jurgen Klopp having “no hesitation” to use Wilson in a season that will more often than not see his side play two games a week. 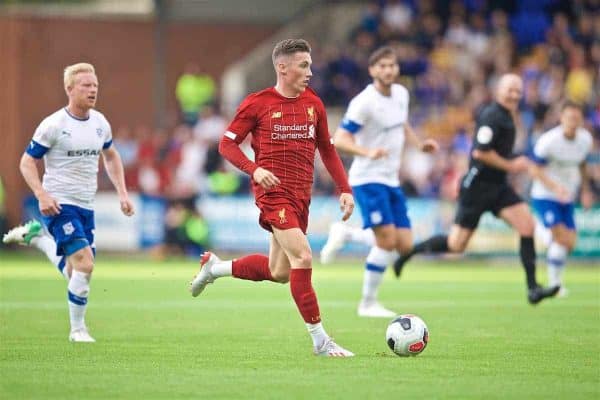 Though it is questionable whether the Welshman fits Klopp’s system stylistically, he could be useful option, especially in the FA Cup and League Cup, along with certain Premier League games.

With Liverpool facing a difficult period financially, Wilson already being on the books does at least boost his chances, with the winger tied down until 2023.

He could swap out for Xherdan Shaqiri, for example, if the Swiss attracts any bids, with the pair boasting a similar profile—not wholly suiting the Reds’ approach, but giving them a different outlet in particular scenarios.

Wilson is primarily a right winger, but can also play on the left or even as a No. 10, however the main issue with his time at Bournemouth was that he did not contribute enough off the ball.

Klopp could see him as a game-changer off the bench, but this does highlight him as more likely to be moved on if any bid close to that £20 million is received.