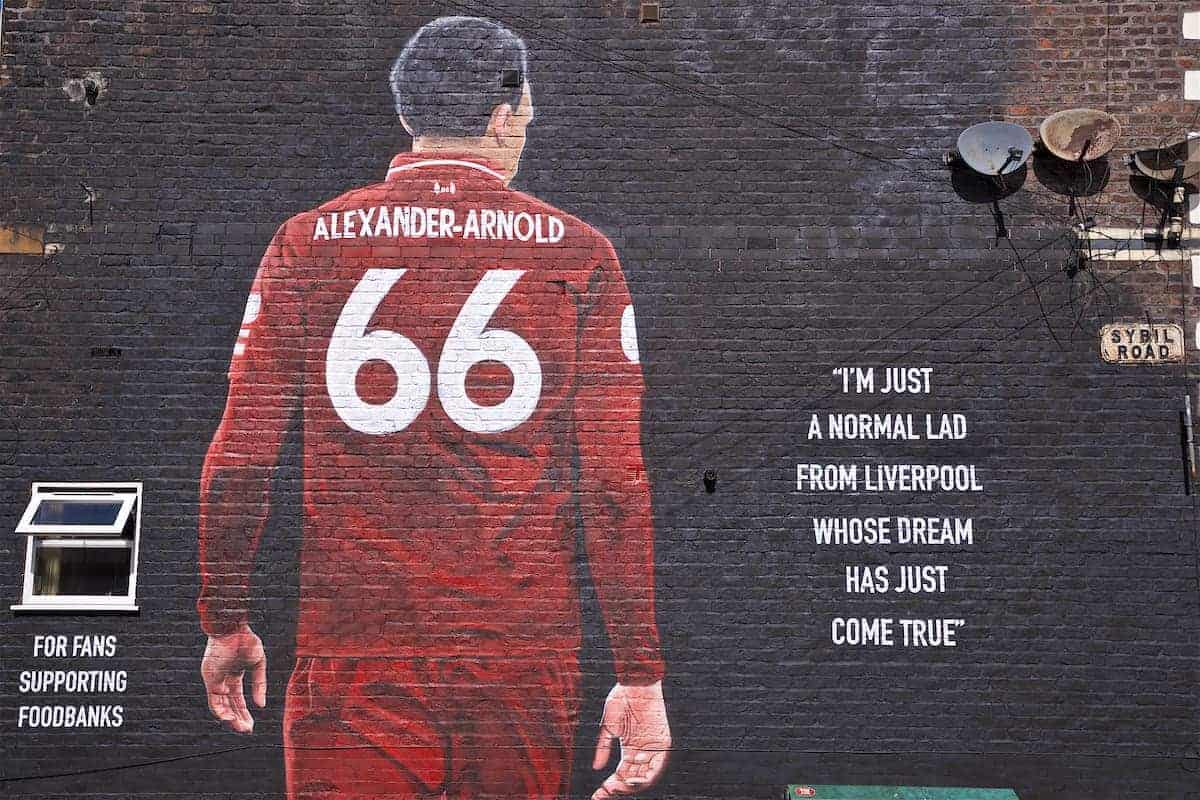 Trent Alexander-Arnold was named the Premier League Young Player of the Year on Tuesday and quickly set his sights on achieving even more with Liverpool.

The Reds’ right-back has become arguably the most respected and admired attacking outlet from a defensive line in world football, thanks to his delivery, consistency and output in the final third.

Combined with Andy Robertson on the opposite flank, it gives the team dangerous creators from both sides of the pitch, but Alexander-Arnold’s rise has captured the imagination due, perhaps, to his age and the fact he has come through as an Academy player.

He has won the Premier League, the Champions League, the Club World Cup, the Super Cup, been in the PFA Team of the Year twice, been to a World Cup, was named as Golden Boy runner-up, a Ballon d’Or nominee, the Premier League Young Player of the Season and now the PFA version of the same—and all at age 21, only three-and-a-bit campaigns since becoming a first-team player for the Reds.

It’s an astonishing haul of medals and accolades which most would be utterly delighted to win across the course of a 20-year career, but for Alexander-Arnold it’s only the beginning.

“There are certain mentalities that are instilled in you from habits all the time, from the people around you that make you think like that, the manager, the staff and the way the club is run,” he said. 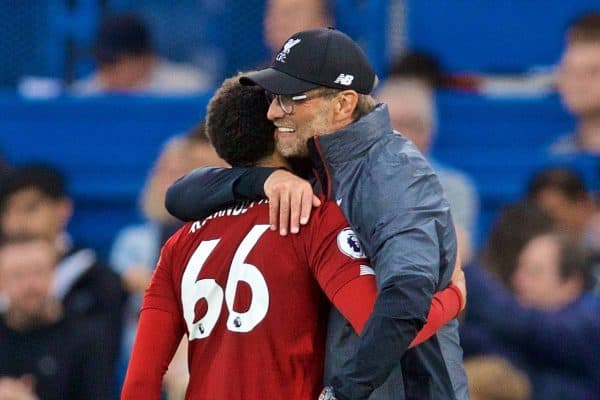 “There’s just always something more you can achieve, you can never settle on what you’ve achieved so far. For me, there’s a lot more to achieve and I know there’s still so much potential to reach.

“For me, really the sky is the limit. That’s what I’ve got to aim for. I’ve just got to keep working hard and hopefully I’ll be able to achieve more moments like this.”

Trent noted that the award was perhaps the biggest personal accolade so far in his career, and attributed it to the team-mates around him and the support network he has.

The No. 66 also pointed out the history and the eventual careers of those who won the YPOTY, hoping to emulate some of their success.

“One of the biggest [moments] for me so far on a personal note, probably the biggest.

“Being a part of the names that I’ve seen on here, and to be a part of such an amazing trophy and be able to receive it, is an unbelievable honour for me and my family. It’s something we’ll always be proud of.”

But this is still only the start for the right-back.

He’s capable of an unthinkable amount more, at a team which could yet win multiple prizes of the very biggest kind.

And best of all, it’s at his hometown club, the one he loves and the one he gives everything to.

“It’s the club I’ve spent my whole life at. It’s all I’ve ever known, so to be able to play for this club and to represent them on a day-to-day basis is a dream come true.

“Over the last two seasons we’ve done amazing things and I think we’ve still got a lot of potential to give.

“We know we can still achieve more things. That’s the exciting part and I think it’s an exciting time to be a Liverpool player.”

More of the same in 2020/21 would be much appreciated, from Trent himself just as much as the fans – after all, that’s essentially what he is.