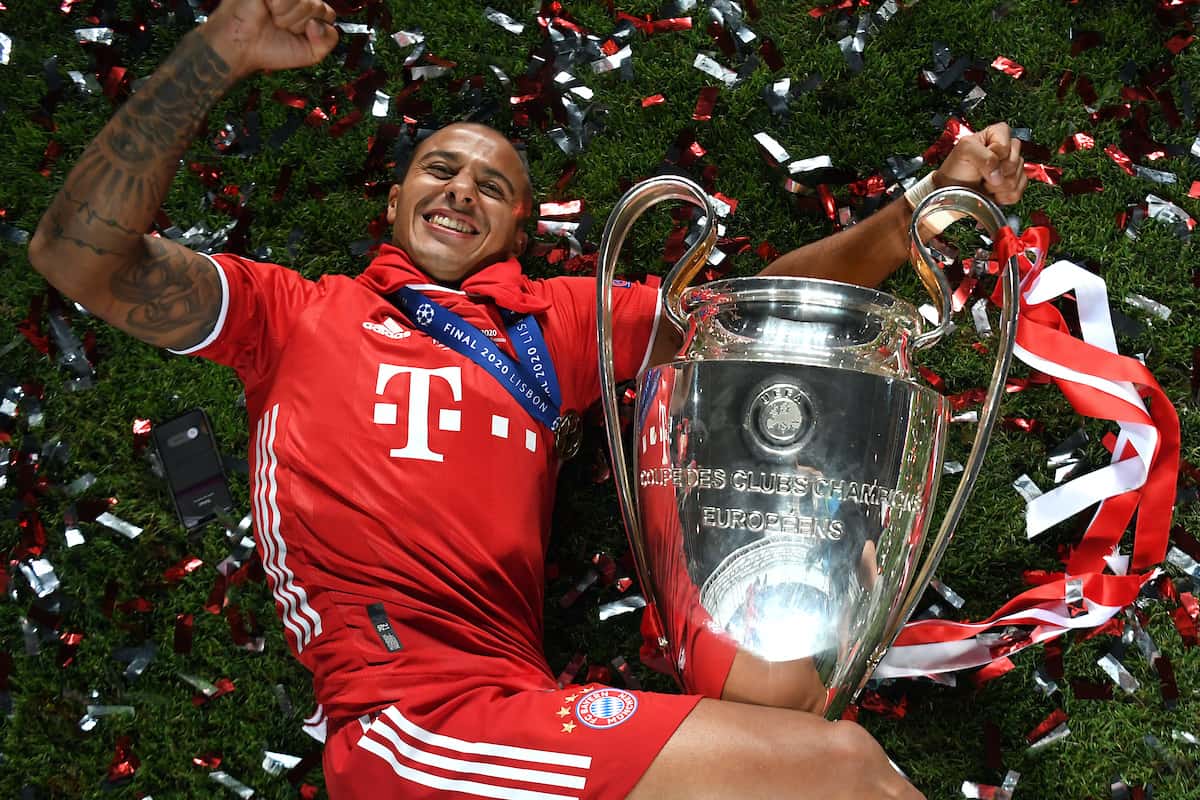 Thiago has bid farewell to Bayern Munich in a touching message on social media, as he looks ahead to a “new challenge” on the eve of his £25 million move to Liverpool.

The Spanish midfielder is set to join the Reds in a deal worth an initial £20 million, with a further £5 million in add-ons dependant on his success at Anfield.

It is a landmark move for Liverpool, having rarely signed a player at the peak of his powers in the past, and particularly not under Jurgen Klopp, who has preferred to nurture talent to reach their elite potential.

Thiago spent seven years with Bayern, winning the Bundesliga in every campaign with the club, along with the Champions League last season and the Club World Cup in 2013.

And rightly, the 29-year-old paid tribute to the club in his parting message on Instagram, confirming that his decision to leave is “purely of a sporting nature,” underlining his desire for a “new challenge.”

“Yes, I have made the most difficult decision of my sports career,” he explained.

“I will close this chapter in this wonderful club, where I have grown as a player for seven years. Triumphs, joy and also hard times.

“But what I am most proud of is that I arrived in Munich as a young man full of dreams, and now I will leave completely fulfilled with a club, a history and a culture.

“Here, I learned to love a tradition, that I am now saying goodbye to, but which I will never forget. Mia San Mia.

“I have experienced fantastic moments: in this city, in Sabener Strass and in our beloved Allianz Arena.

“With my Bavarian family, who treated me so well, and loved me every second.

“My decision is purely of a sporting nature. As a soccer player, I want new challenges to develop myself further.

“Bavaria will always be my home. Thank you FC Bayern!”

It is a classy tribute from a player who embodies class on the pitch, and though he will now find a new home at Anfield, it is a strong sign that Liverpool are bringing in the right character.

Thiago has not left Bayern on bad terms, despite turning down their offer of a new contract at the last minute, and his amicable exit paves the way for a new challenge on Merseyside.

As he explains, joining the Reds will not have been the most lucrative of decisions Thiago could have made this summer, though he will be paid handsomely as one of the club’s highest earners.

Imperative, though, is his desire to “develop himself,” as though he turns 30 in April, Thiago is a player who can continue to grow under Klopp’s management.