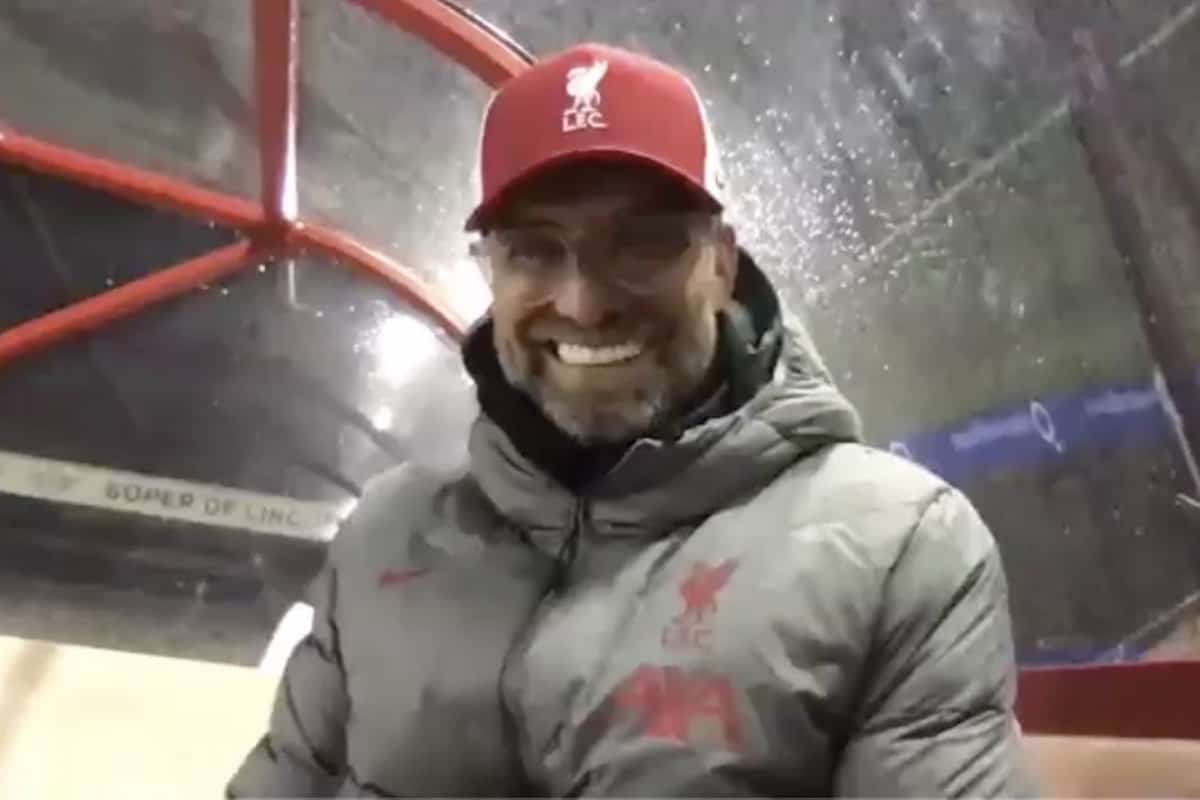 Jurgen Klopp was in good spirits after Liverpool’s 7-2 thumping of Lincoln in the third round of the League Cup, showering praise on a number of his chargers post-match.

The Reds put seven on the scoresheet against League One’s Lincoln on Thursday, an evening which saw Curtis Jones and Takumi Minamino net a double and Kostas Tsimikas, Rhys Williams and Diogo Jota make their Liverpool debut.

The result booked a place in the fourth round against Arsenal, which will be held at Anfield days after their Premier League meeting next week.

And after the game, Klopp was delighted that the players on the field “used the opportunity” to “show up,” performances which will hold them in good stead for further chances.

“Everybody used the opportunity tonight to show up, that’s very important. I don’t know what you mean with ‘usually don’t play’ because we only played two games and who will play this season, we will see during the season – that’s not decided yet,” Klopp told reporters.

“My door is always open, if a player shows desire because they all can play football, that’s why they are at Liverpool.

The quality of the goals and how the Reds set them up was another point of satisfaction for Klopp as both individual and team quality came to the fore.

“I liked the game. You’re right, the goals were spectacular; a lot of times the football was spectacular,” he added.

“The free-kick from Shaq was absolutely outstanding. The goals from Curtis, great. The counter-pressing situation before Taki scored the goal, absolutely exceptional.

“So, really a lot of good things. That’s why we came here – we wanted to win but we wanted to play well as well. So, I saw a good game.”

Attention will now turn to the Premier League meeting with Arsenal on Monday before they come to blows merely days later in the League Cup fourth round.