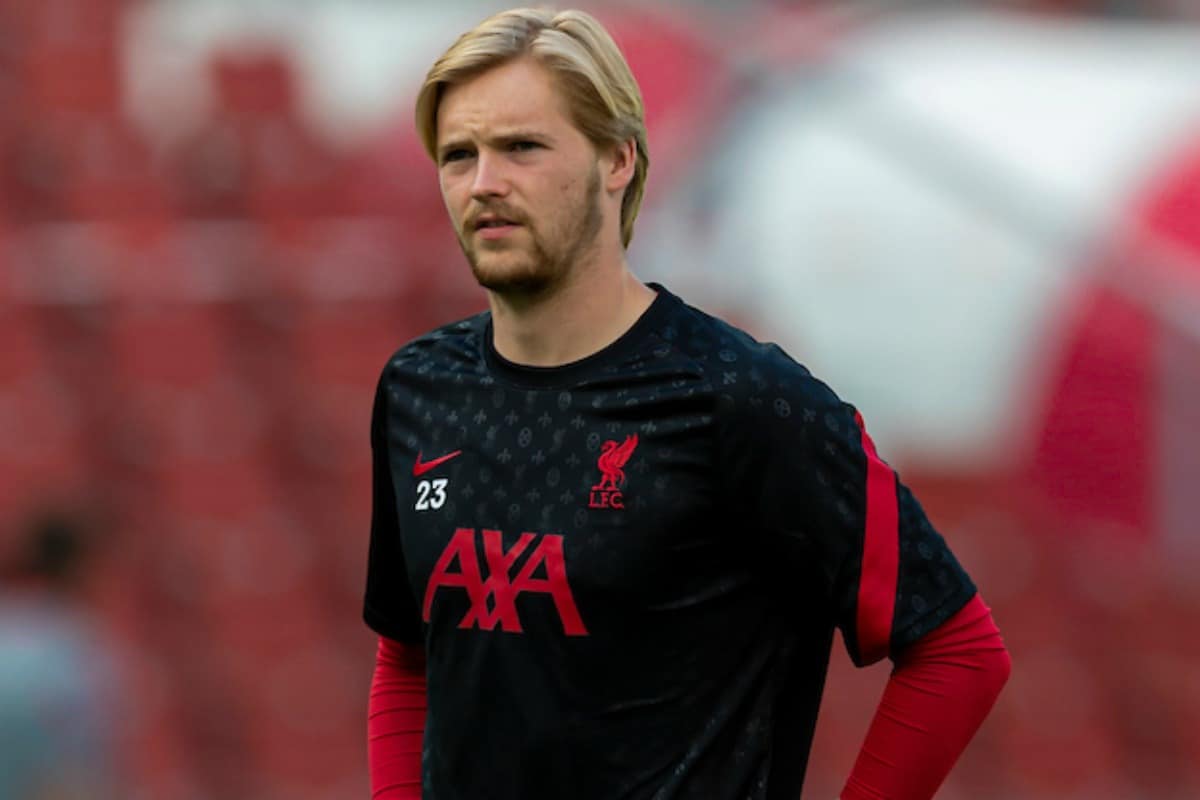 Caoimhin Kelleher missing out on regular game time as the third-choice goalkeeper is not “ideal” for Liverpool, but having shown promise and steady improvement there are great hopes for his future.

The 21-year-old has been Liverpool’s third-choice keeper for two years and has just four senior appearances to his name – all of which came in the 2019/20 season.

A campaign which saw Kelleher train and travel with Jurgen Klopp‘s side throughout, working up close with the world’s best goalkeeper in Alisson day in and day out.

At 21, joining another club on a temporary basis would provide regular game time experience which cannot always be replicated in training sessions or with the club’s under-23s.

And goalkeeping coach John Achterberg has admitted a loan switch would be beneficial for the young ‘keeper, but the club will not sanction such a move with Kelleher a reliable third-choice who can be called upon should injury or suspension come into play for Alisson or Adrian.

As it already has, with Kelleher set for a place on the bench at Everton as Adrian continues to deputise for Alisson following his shoulder injury.

“He would like to play games and obviously that would be easier if he went out on loan, but the problem for us is we need three good goalies and he is one of our three,” Achterberg told Sunday World.

“For his development, a loan move would be his next step, but the club have to make sure they have everything covered in case we have a problem with our keepers and we know it would be hard to find a keeper as good as him if we let him go out on loan.

“It’s not the ideal solution for him and maybe playing matches would be what he needs now, but he is training with top players every day at Liverpool, playing in our under-23 games and that will allow him to continue to progress.

“The higher level you train at every day allows you to take your career up to the next level, but it would be the best solution for him to have a spell on loan at some point.

“What I would say is we would have no issue putting him into a game and I know the manager has faith in him as well.

“This manager shows great interest in everyone in his squad. He appreciates that you need a big squad to win anything and it might be that we need to play our third-choice keeper in a big game at some point.” 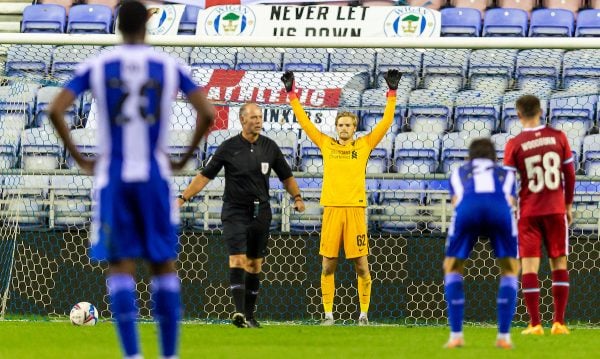 The confidence held in Kelleher’s abilities and future potential is obvious and with a loan spell hinted down the line, there is no doubt a plan laid out for his continued development.

For now, with another season at Anfield, there remains plenty to improve upon and that includes his communication from the back – which can be fostered at youth level and potentially in the first team.

“He is a very quiet guy, a calm guy and very down to earth,” Achterberg added. “He is really not a big talker, but he has improved a lot in that area on the field in the last couple of years.

“There can never be enough talking on the pitch, in my opinion, so that is an area he can work on, but I see big improvements in all parts of his game. He has become more like a man now and we have high hopes for him.

“Caoimhin has all the attributes to be a top keeper and maybe he will get his chance to play in the first team at Liverpool sooner than we expect.”