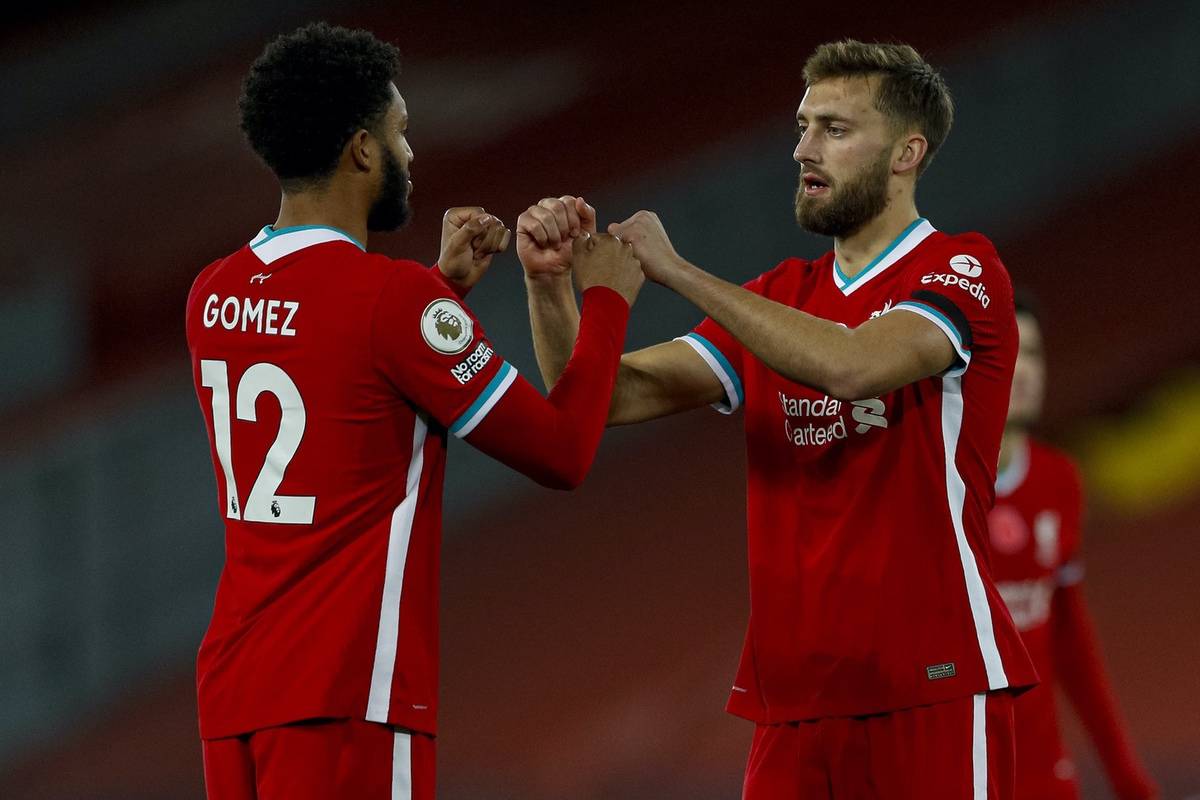 Jurgen Klopp has made six changes from midweek for West Ham‘s visit this evening, with Nat Phillips given the nod at centre-back for his maiden league start.

The Reds are on the hunt for back-to-back Premier League victories following on from their 2-0 win over Midtjylland on Tuesday, but the boss has been forced into another change in defence.

With Fabinho not expected to return until after the international break with a hamstring injury, Liverpool have needed to look elsewhere having seen their senior options at centre-back dwindle to one.

And Phillips has been given the nod this evening in what is his maiden Premier League appearance, partnering Joe Gomez in the heart of the defence.

The pair are joined by Alisson between the sticks and will be flanked by both Trent Alexander-Arnold and Andy Robertson – the former of whom is making his 100th appearance in the competition.

In midfield, Jordan Henderson and Gini Wijnaldum will be joined by Curtis Jones in the middle of the park.

And after sitting out for most of the midweek clash, the trio of Mohamed Salah, Roberto Firmino and Sadio Mane all make their return to the XI.

From the bench, Klopp will have the likes of Rhys Williams, Takumi Minamino and Diogo Jota to turn to throughout – Thiago, meanwhile, remains unavailable. 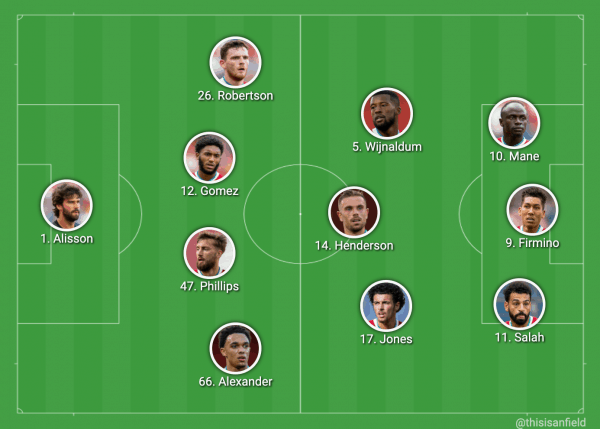