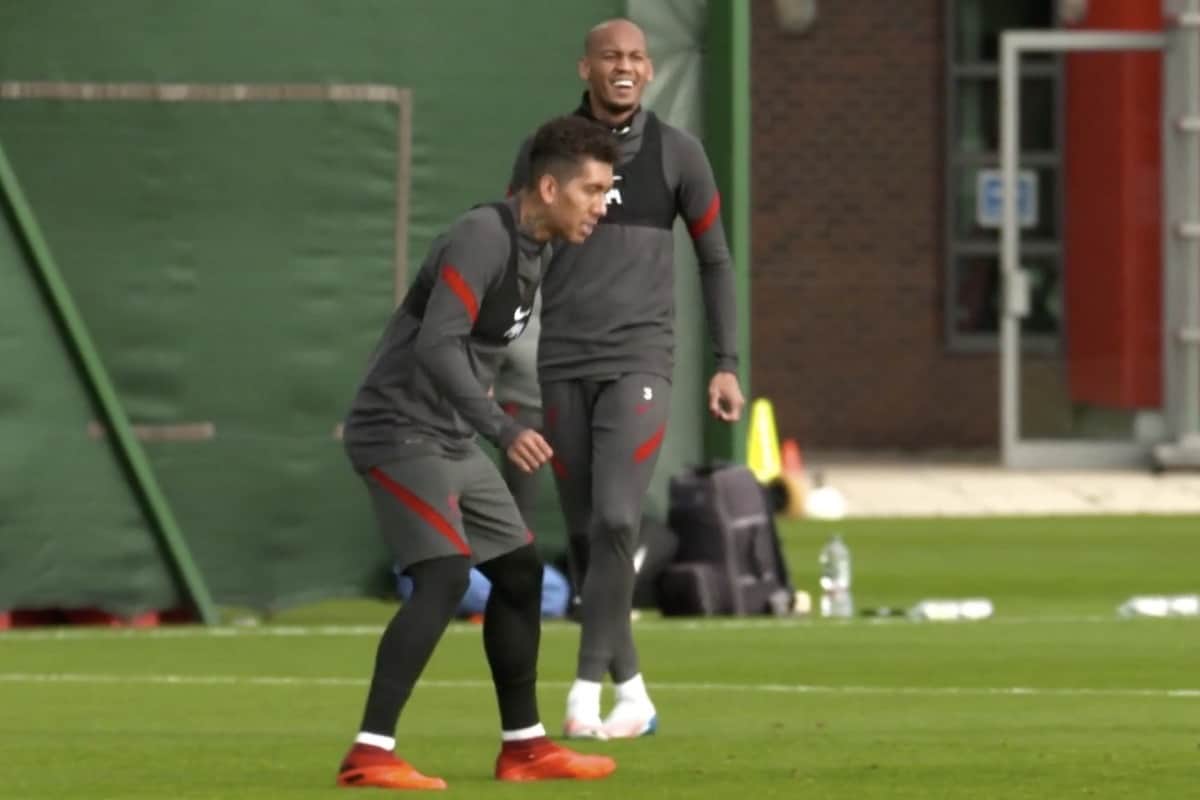 Fabinho and Roberto Firmino both made an early return to training on Thursday, with the Brazil duo now likely to be involved for Liverpool in the Merseyside derby.

There were question marks over the availability of Fabinho and Firmino for the trip to Everton due to their call-up to the Brazil squad for clashes with Bolivia and Peru this month.

The latter, which took place in Lima, was played in the early hours of Wednesday morning on UK time, and as such they will have arrived back to Merseyside late that night, along with Everton striker Richarlison.

Due to safety protocol, they were then required to undergo a test for COVID-19, which led to speculation that they could only be cleared to play in the derby on the morning of the game.

But ahead of Saturday’s 12.30pm kickoff, Fabinho and Firmino both took part in training at Melwood on Thursday, with the pair in high spirits as preparations ramped up. 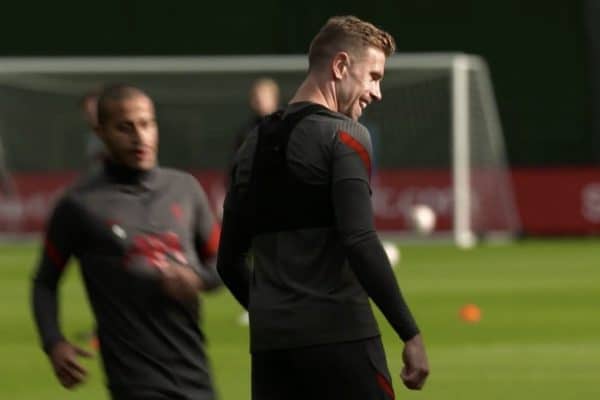 The majority of the senior squad were involved, though Alisson and Kostas Tsimikas were both absent due to injury, while there was no sign of Naby Keita following claims of a positive test for COVID-19 while on Guinea duty.

Curtis Jones was involved, however, after pulling out of the England under-21s squad due to personal reasons.

Jordan Henderson took part in training after building up his match fitness with the England senior side, while Joel Matip is also back from injury and both Thiago and Sadio Mane are out of quarantine.

Those who played a substantial part of their international games on Wednesday night did not join the squad for a series of drills, with Virgil van Dijk, Gini Wijnaldum, Diogo Jota and Neco Williams all undergoing recover work instead.

But they are likely to be considered for the trip to Goodison Park, with Klopp’s only absentees expected to be Alisson, Tsimikas and Alex Oxlade-Chamberlain.

The manager should provide a clearer update on the fitness of his squad during his pre-match press conference, though, which will be held at 1pm on Friday.