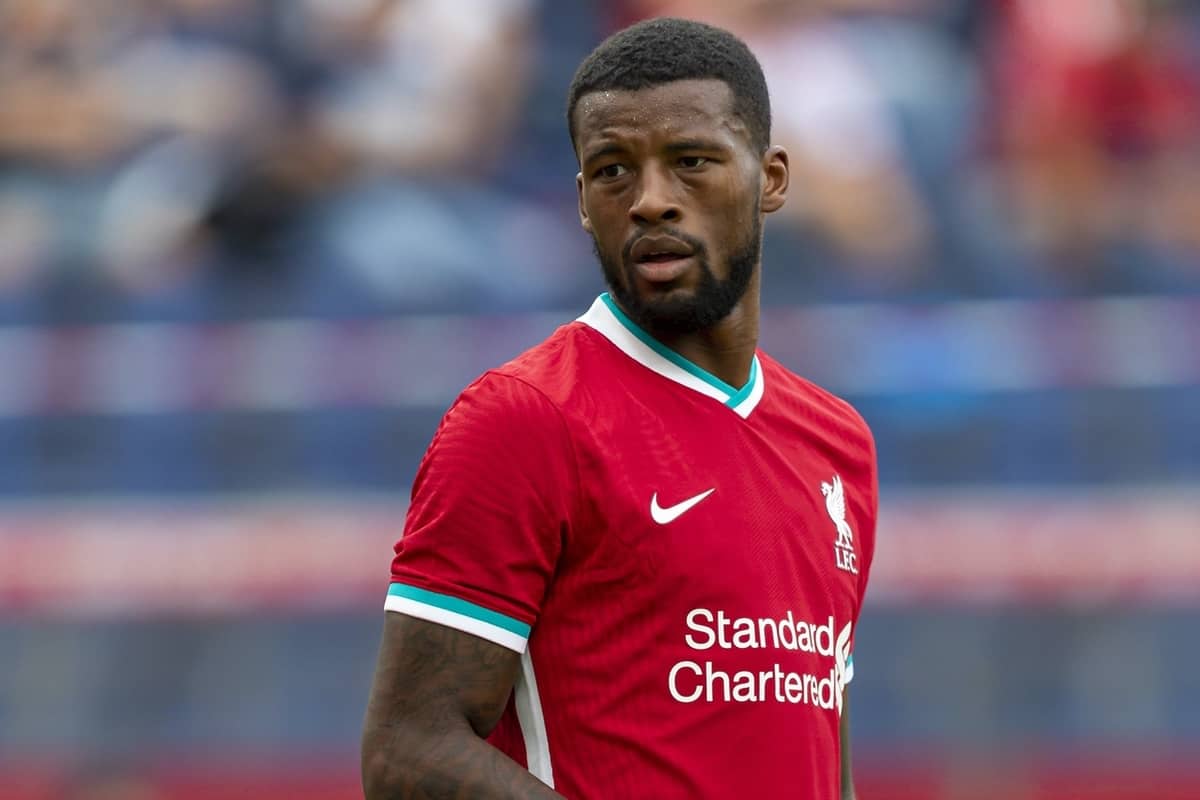 Jurgen Klopp faces a number of selection dilemmas for his side’s opening Champions League game of the season, where injury has forced his hand at the back.

The Reds were left with bubbling frustration and anger at how the Merseyside derby played out, with injuries forcing Klopp to count his losses in the immediate aftermath.

It leaves a number of positions up for grabs as Liverpool make the journey to Amsterdam to meet an Ajax side who have lost only one of their opening five league games of the season.

The tie is one which will prove to be yet another early test with the hosts averaging two goals a game.

While injury ensures a number of key figures are not in the mix, Klopp still has the ability to name a strong XI capable of seeing the three points return to Merseyside.

It proved to be the worst-case scenario for Virgil van Dijk and Liverpool after scans confirmed a grade three ACL tear for the Dutchman, ruling him out of action for at least six months and potentially the entire season.

He is the second key member of Liverpool’s defence to fall, following on from Alisson who continues to make positive strides in his recovery from a shoulder injury, but remains sidelined for this match-up.

The Brazilian is expected to be back in the mix by the end of October, however, in a major boost to the Reds.

Thiago, on the other hand, will not be available after sustaining a hefty knock to his knee in the challenge which saw Richarlison handed his marching orders.

Elsewhere, Naby Keita is back in the mix for selection after returning a negative COVID-19 test which adds to the midfield options at a time when Fabinho has now been elevated to a third-choice centre-back.

Joel Matip and Joe Gomez remain the specialists in the position, but the club are to opt for caution over the former after he too picked up a knock at Everton on what was his first start since the last fixture at Goodison Park back in June.

And with an extended bench available in the Champions League this season, Klopp will be able to make five changes and will have the likes of Diogo Jota, Takumi Minamino, Curtis Jones and James Milner to turn to throughout.

Keeping players fresh will remain a priority as the Reds face a relentless schedule amid a number of injury setbacks.

The back-line will once again see changes, with two enforced from the weekend to leave Fabinho occupying the centre of defence alongside Gomez.

The latter had been named on the bench against Everton after a rollercoaster start to the season, one which now requires him to step up once more and work through his early wobbles.

They will, of course, be flanked by Trent Alexander-Arnold and Andy Robertson, with Adrian retaining his place between the sticks.

In midfield, Jordan Henderson could drop back into the No. 6 role in place of both Fabinho and Thiago, with Gini Wijnaldum and Naby Keita then returning to the starting lineup in a trio which offers both stability and attacking thrust.

Mohamed Salah, Sadio Mane and Roberto Firmino would sit ahead of them, aiming to add to their combined goal tally in the Champions League of 54.

It is a side which sees three changes made to the last starting lineup for a side that looks like this: 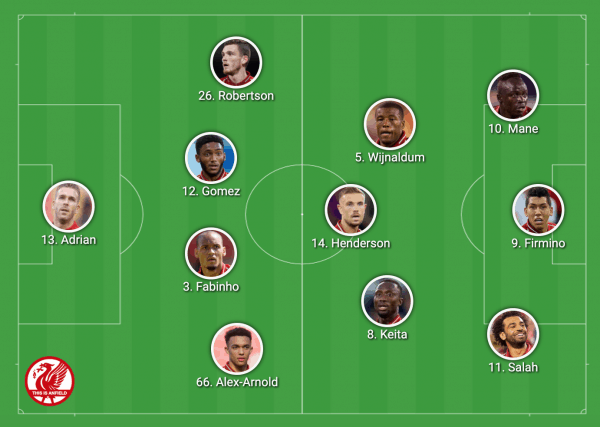 On the other hand, Klopp could opt for his tried and trusted midfield combination in Europe by restoring James Milner to the side in what would be his just his second start of the campaign.

He would be given the nod over Keita who could provide impetus later in the game if and when required, with a larger squad and number of substitutes available in the Champions League – where Jones and Minamino could also look to capitalise.

The defence, meanwhile, would remain the same with limited options to rotate through the positions due to injury.

And while many would expect the usual front three to start, Diogo Jota could be given the nod in place of Mane who could be managed having only just returned following a positive COVID-19 test: 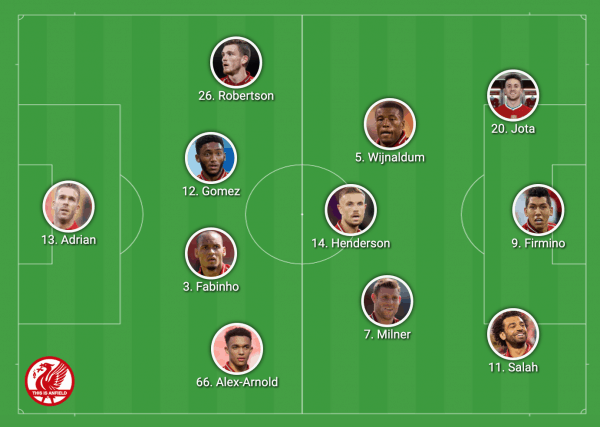 With this the second game of a relentless month of action, it would not be a surprise to see Klopp resist making sweeping changes with the exception of enforced absences.

They could instead be made against a Sheffield United outfit who have picked up just one point from five league games.

Life without Van Dijk starts now for Liverpool and a confidence-boosting display in defence and across the park will work wonders for the team ahead of a further five fixtures before the November international break.