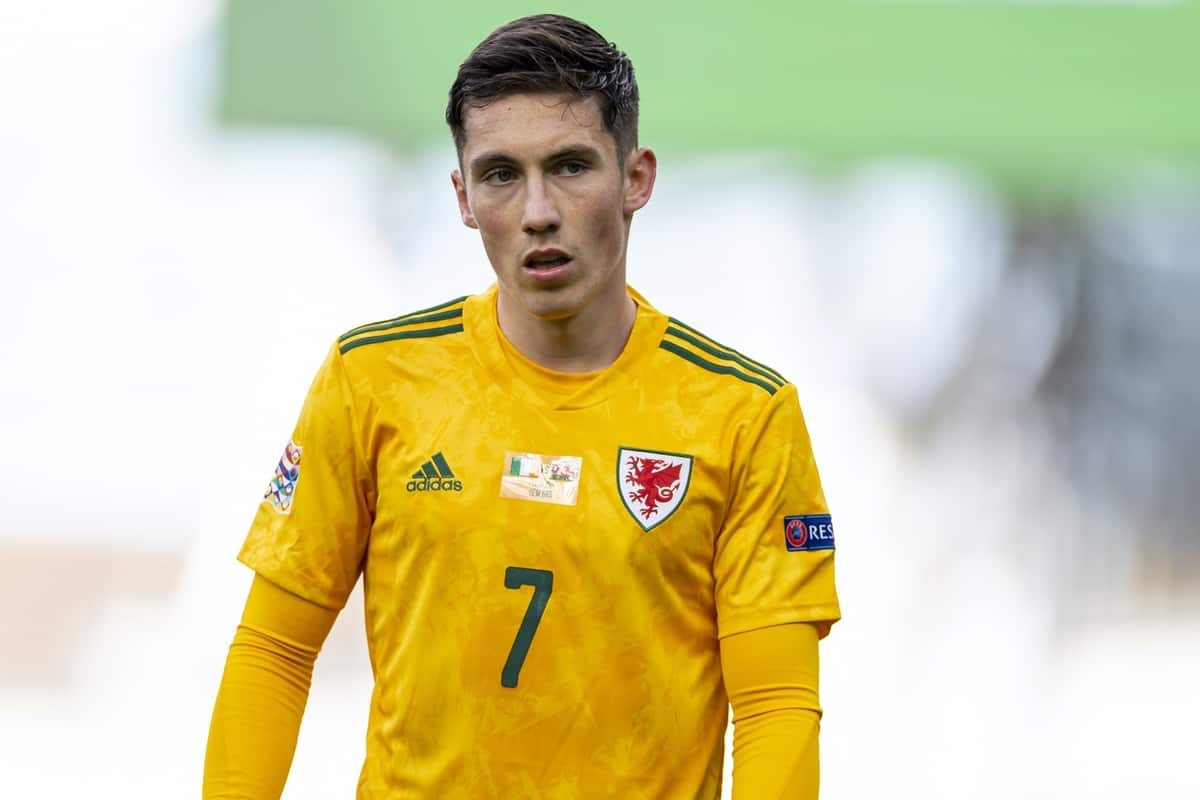 Harry Wilson remains likely to depart Liverpool before Friday’s domestic transfer deadline, with four Championship clubs hoping to lure him for the season.

It still feels surprising that no Premier League club made a good enough proposal to lure the Welshman away and, as a result, he’ll be playing at a level lower than he did last year in 2020/21.

But the Reds stood firm with the likes of Burnley, who failed to match the demands of Michael Edwards and Co, and as such a temporary stay in the second tier appears the resolution.

John Percy of the Telegraph reports that four sides are in discussions over the move, including one who Wilson has already had a loan spell at, in Derby County.

They aren’t the only ones in the running, though, with Nottingham Forest also keen, as well as both major clubs from Wilson’s home country, Cardiff City and Swansea City.

The wide forward is with Wales right now, in fact, preparing for a Nations League fixture on Wednesday night away to Bulgaria. He played 67 minutes at the weekend against Ireland, before being replaced by the Reds’ Neco Williams.

Wilson was with Bournemouth in the Premier League lasts year and impressed in patches, especially with his capacity to score goals and be a set-piece threat, but consistency was a problem for him – and the team as a whole in fairness.

While a season getting regular action and hopefully showing he’s far better than Championship standard again would be the best-case scenario, there’s also the danger that the Reds’ £15-20m valuation of him looks unrealistic if he doesn’t set the second tier alight this time.

One alternative is to agree a recall clause in January, allowing Liverpool to offload Wilson on a more permanent basis if a Premier League club comes calling with a more appropriate bid this time.

For now, though, Wilson has little chance of game-time at Anfield.

Aside from the front three, there’s Diogo Jota, Taki Minamino and Xherdan Shaqiri ahead of him, as well as Divock Origi, Harvey Elliott and Curtis Jones all to contend with.

An appearance in the League Cup at least showed Jurgen Klopp isn’t completely against calling upon him, but it seems the 23-year-old’s days at Anfield are largely numbered and this loan spell will be a stepping stone to a transfer, whether mid-season or next summer.