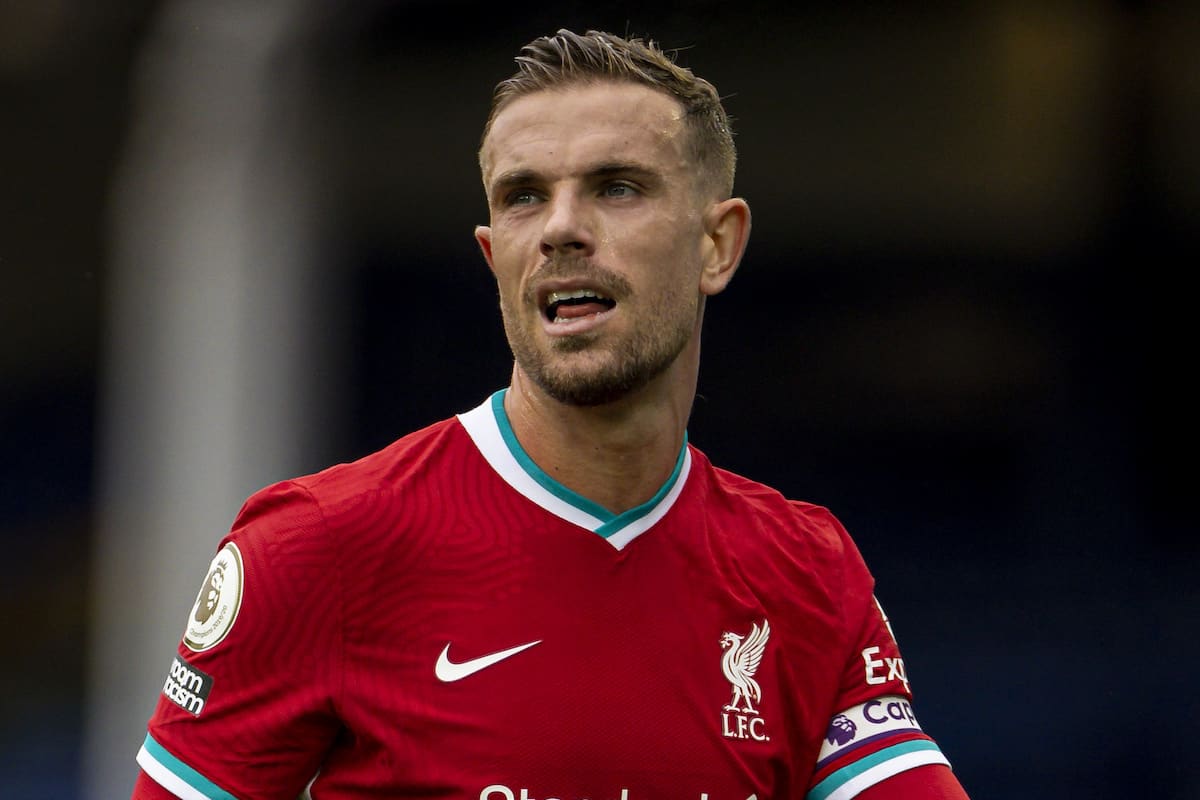 Liverpool were denied victory in the Merseyside derby only by a succession of incredulous VAR calls which went the way of Everton. 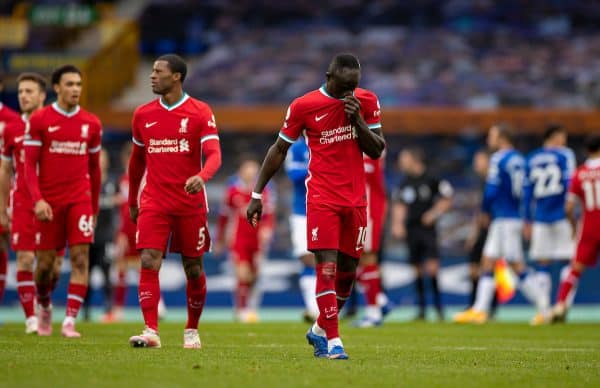 They celebrated Henderson’s injury-time would-be winner as if it was a winning goal for themselves, but it wasn’t.

Liverpool wanted the three points and went for them, but while there’s frustration at only sharing one apiece in the end, blues fans have no hope of claiming any version of bragging rights.

You don’t brag about going over a decade now, as it will be from tomorrow onwards, without a single win in the derby.

Everton remain above the Reds in the table – first and second as it stands at full-time – but it won’t last for long. And certainly not 10 years!

There doesn’t appear to be much disagreement: Pickford should have seen red.

At the time of writing we’re still waiting for an update as to the extent of the injury to Virgil Van Dijk, but it was a terrible challenge and the former pros in the studio at half-time acknowledged it as such – a “career-ending” tackle and a “leg-breaker”.

Hopefully, of course, it’s nothing of the sort, which doesn’t excuse either the recklessness of the challenge itself or the usual incredible ineptitude of those failing to dish out the red card.

Van Dijk hasn’t missed a league minute for the Reds since September 2018, such has been his importance and consistency, so we’ll have to see how the Reds fare without him in a couple of matches at least, more than likely.

On the evidence of this 80 minutes or so, there’s work to do to ensure it isn’t too costly.

The difference in thirds

There will be a temptation to blame Adrian again for conceding another couple of goals, but the defensive showing was pretty poor all-round.

Everton‘s first was definitely poor from our stand-in stopper; Adrian seemed to get smaller, not taller, as he attempted to palm away a header straight above his own shoulders, while he also failed to deal with high balls to the back post.

But Trent didn’t stop much, if anything, coming down his side, Joe Gomez looked ill-at-ease all game long after replacing Van Dijk and Joel Matip was good at times, exposed and easily beaten at others – as you’d expect with minimal football in 2020.

In contrast, the midfield was exceptional.

The Reds have struggled against Ancelotti’s teams in recent years as his midfield outworks and outthinks ours, but each of Fabinho, Thiago and Henderson were truly excellent here.

Everton bypassed that by going long into the channels and targetting the Reds’ weaknesses – it’s something which will probably be repeated regularly by opponents for now.

Mo Salah started the game superbly, faded a bit, then hit a rocket of a shot to bring up his century of goals for the Reds.

He has done it in just 159 games, a quite astonishing strike rate and, adding in his assists and all-round contributions in attack, shows just how clinical and vital a player he is.

Salah is the first since Gerrard to hit the milestone, the 17th in club history and the third-fastest to do it overall, with just Roger Hunt and Jack Parkinson quicker.

Those are names of yesteryear of course, so to have done it quicker than Robbie Fowler or Ian Rush perhaps stacks up more clearly to some of just how good an achievement it is. 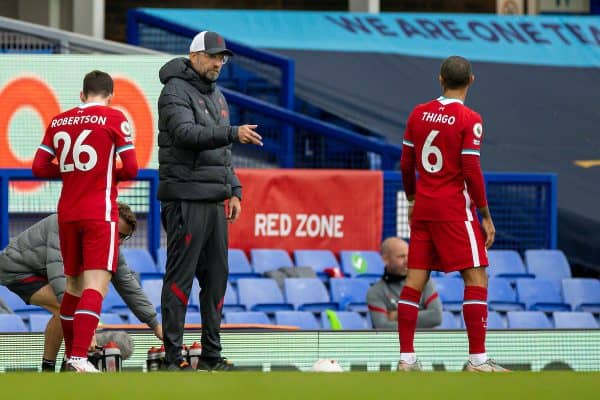 Frustration of the result aside, the Reds were great in long spells here.

It bodes well for what comes next: a crazy run of games before the next internationals, with Champions League and Premier League matches every few days.

Ajax and Sheffield United are next week’s challenges, before Danish and David Moyes-based opposition.

The rotation might come quicker, hopefully injuries don’t stack up.

We’re still well-placed to show consistency in performances and results, and this was a step back toward our rightful level after the Aston Villa farce, and only marginal decisions stopped it being a deserved win.