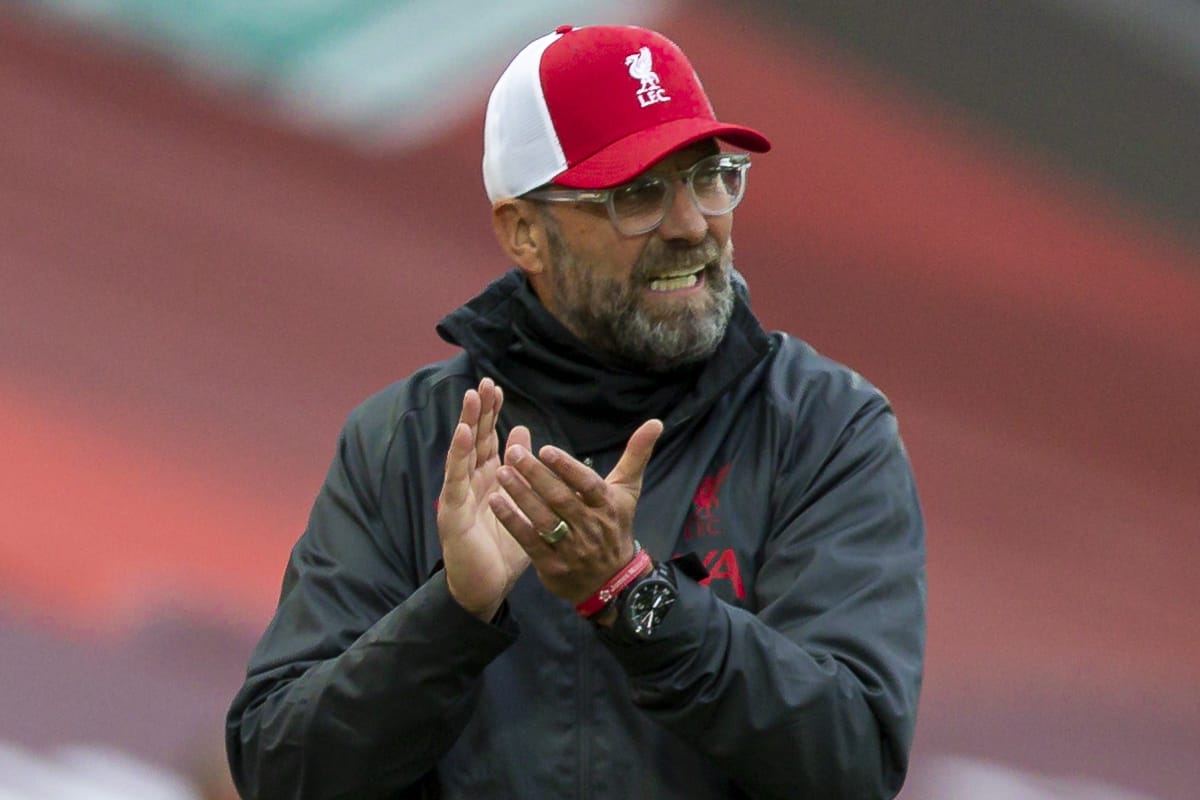 Jurgen Klopp has explained how he gave his post-match debrief via a “long, long text message” after a 7-2 loss to Aston Villa that he feels could be “useful” for Liverpool.

The Reds suffered their worst defeat of the Premier League era as they crumbled at Villa Park at the start of the month, with an international break immediately to follow.

A fortnight away from Melwood was certainly not the ideal situation for Klopp and his players after such a humbling, as the manager conceded in his post-match interview, saying “I would love to have a training session tomorrow.”

But ahead of the Merseyside derby on Saturday, Klopp seems decidedly more relaxed about the mood around the club, having unloaded on his players via text.

Speaking to BBC Sport to preview Liverpool’s trip to Everton, the manager argued that the extent of the defeat at Villa could prove “useful” as his side come up against their “flying” rivals.

“The night after the game was not the best night of my life, let me say it like this,” he conceded.

“But I got up in the morning and I knew I had to speak to my boys.

“But they were not here, so I texted them a long, long message, with pretty much my thoughts about the things that happened.

“After that, I felt much better, because then it was out, and then from that moment on we could carry on.

“And that’s what we did. Now we are here and we’ve really had enough time to deal with it.

“Losing a game, come on, you lose a game and it’s always exactly the opposite of what you want. Losing it 7-2 makes it, of course, worse, but sometimes – and we have to show that – [it can be] more useful.

“We have the chance to show that on Saturday lunchtime against Everton, and so that makes it really interesting, because we face a team who is flying and we had a proper knock.

“So now let’s see who deals better with what.”

Klopp’s final line comes across as throwing down the gauntlet to Everton, asking whether the Premier League leaders are able to live up to expectations against the reigning champions.

It is a tough test for both clubs, but Liverpool have history on their side having not lost in the derby in exactly 10 years on Saturday, with 11 wins and 11 draws in the 22 meetings since then.

Since Klopp took over in 2015, the Reds have won seven and drawn four, including a 5-2 victory at Anfield in the first derby of last season.

Over the break, the majority of Klopp’s squad have managed to avoid injury – though Naby Keita is awaiting the results of another COVID-19 test after a positive case on Guinea duty – and the likes of Thiago, Sadio Mane and Joel Matip are now back.

The hope is that, fuelled by the words within Klopp’s “long, long message,” the Reds return revitalised and ready to respond to their mauling at Villa Park, with Everton the perfect opposition if that is the case.