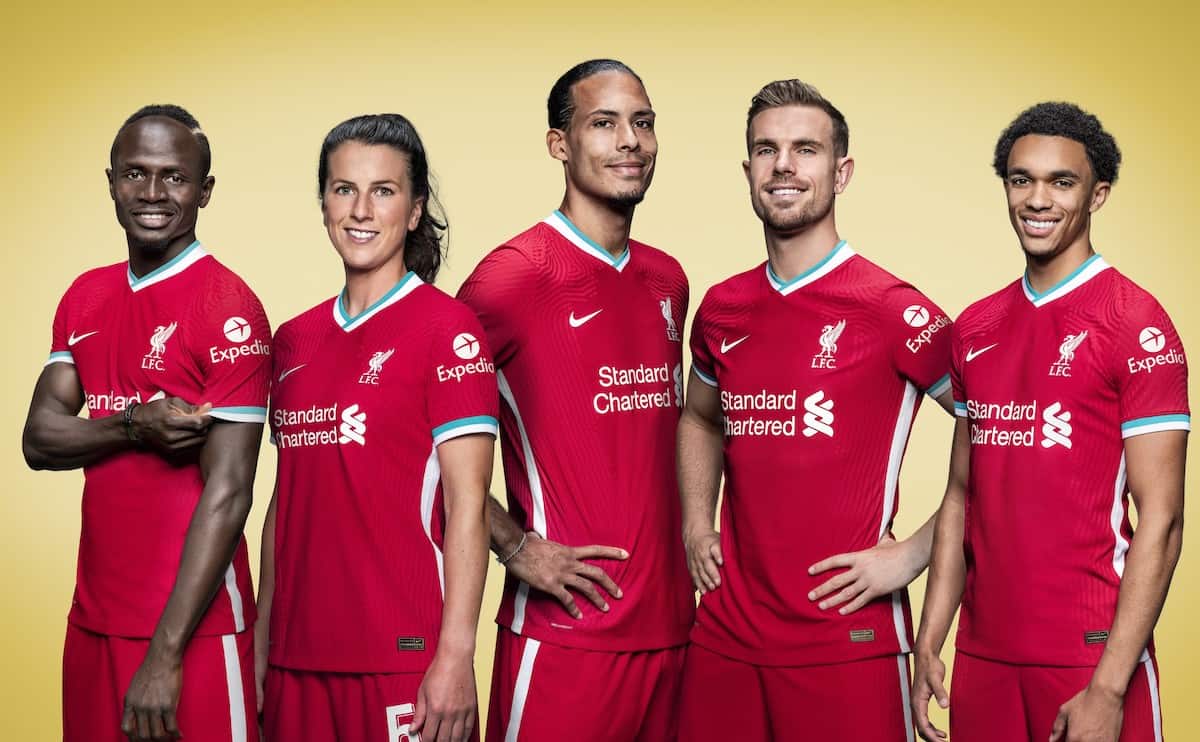 Liverpool have announced a new shirt-sleeve sponsor after agreeing a deal with travel website Expedia.

Expedia replaces Western Union, whose deal with the Reds was terminated in the summer.

A press release from LFC reads:

Liverpool FC and Expedia, one of the world’s largest full-service travel sites, have set off on a multi-year agreement that will position the travel platform as a principal partner of the club, landing on the shirt sleeve of both men’s and women’s team kit.

Expedia’s sleeve patch will debut on the team kit during their Premier League fixture with Everton today.

Communication will focus on empowering fans to discover, book and enjoy the journey as well as the destination, maximising their experience for when football and travel will return to normal.

* The Expedia shirt-sleeve patch will be available free of charge from December to all fans who have already purchased an official 2020-21 Liverpool FC shirt in store and online. Supporters purchasing new shirts will be able to add the Expedia patch to their shirt at point of purchase from December too.