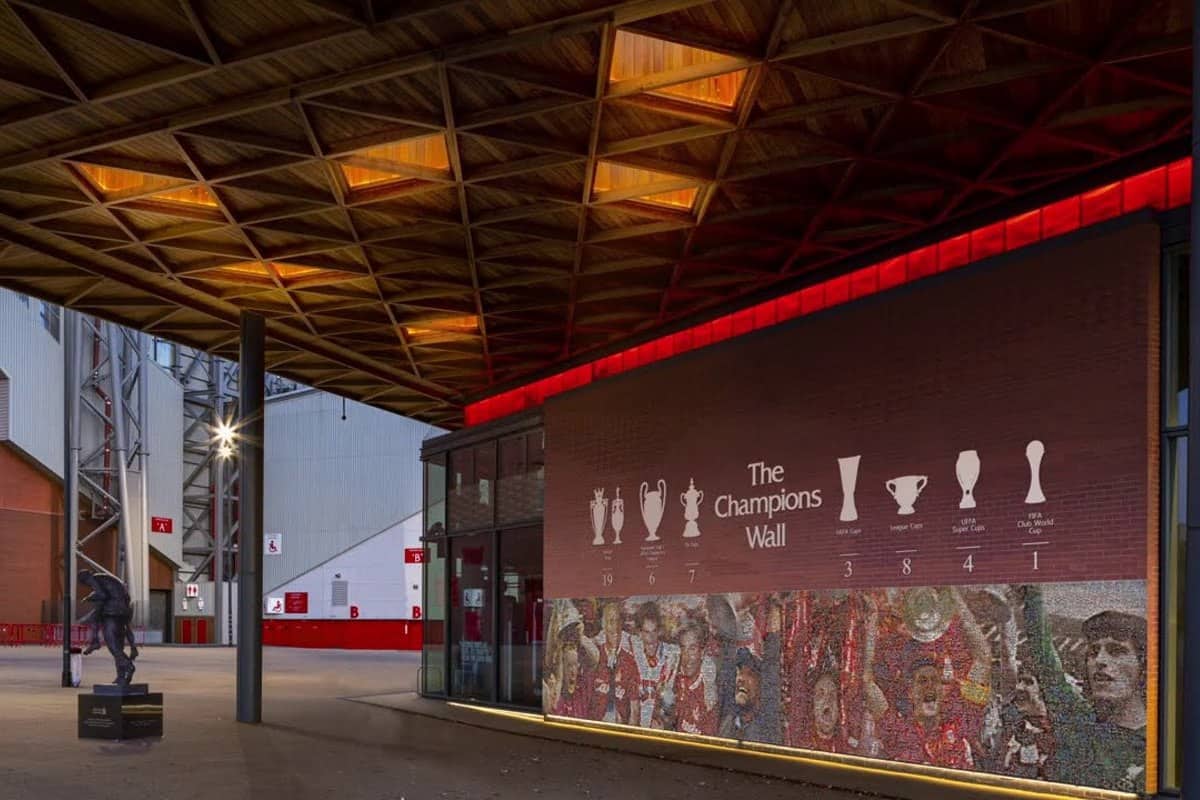 Liverpool are offering supporters a once-in-a-lifetime opportunity to become a permanent part of Anfield, as they prepare to install a new Champions Wall mosaic.

The Reds became Premier League champions for the first time ever last season, with their first top-flight title since 1990 coming in Jurgen Klopp‘s successful reign.

It was a moment to cherish for all supporters, with many waiting their entire lives to see Liverpool lift the league title again, but it came under difficult circumstances.

Unable to celebrate the occasion with the squad as usual after a trophy win, the Reds and their fans have remained separated in their biggest achievement in 30 years.

But Liverpool are now offering supporters the chance to have their own personal photographs as part of a stunning Champions Wall photomosaic outside Anfield.

Located on the wall of the club shop at Anfield, the photomosaic will incorporate photos of fans to honour the Reds sides to have lifted the title, along with other historic moments in the history of Liverpool Football Club.

It will be situated directly behind the Bob Paisley statue, which depicts the legendary boss carrying an injured Emlyn Hughes off the pitch along with the quote: “This club has been my life.” 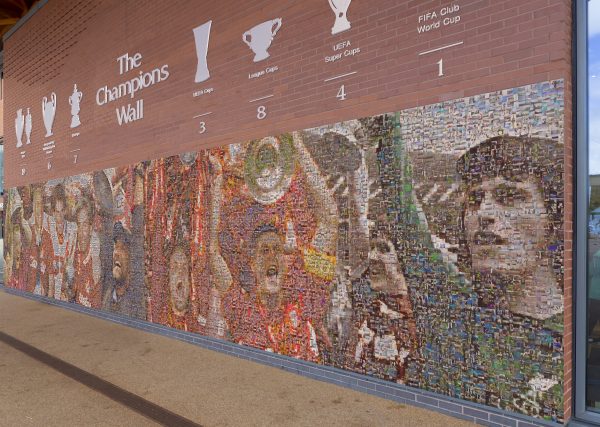 Supporters can become a part of history for just £45, with the photomosaic expected to be installed by the end of the 2020/21 campaign, by which point Klopp’s side will hopefully have lifted No. 20.

It is truly a special offer for fans of Liverpool, the sight of your own personal memories of supporting the club taking a permanent place outside Anfield.

This is a very limited opportunity with only a small number of spaces available on a first-come, first-served basis.

While we await the chance to celebrate the title with Klopp and the squad, this is a perfect way to commemorate No. 19 with other supporters outside the stadium we love.

* To purchase your place on the Champions Wall and upload your photo, click here, along with options to buy other mementoes including a framed picture of the mosaic itself and gift vouchers for Reds close to you.